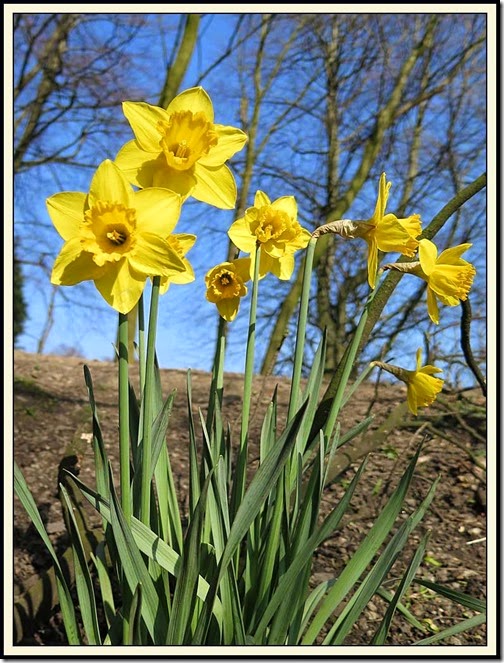 Last week I volunteered to lead an East Lancs LDWA plodders walk at short notice. I could choose my own route, so for convenience I chose Eccles Metrolink Station as the start point. The platform is visible from Morrison’s cafe, so that’s a good place to wait.

Only Allan R turned up. However, soon after setting off, we came across Alan R emerging from his first wild camp of the year. 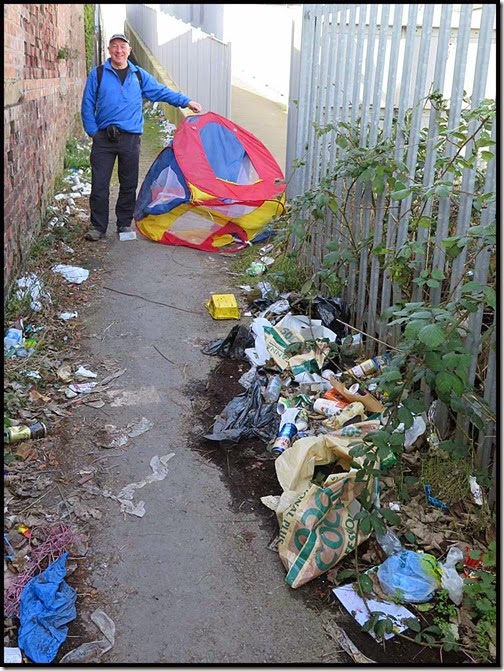 “This tent is rubbish” he was heard to remark.

We soon passed Monton lighthouse, from where shipping on the Manchester Ship Canal can be warned about fog (or more usually bandits) approaching from Liverpool. Queen Victoria’s replica barge is just out of picture, if you care to believe me. 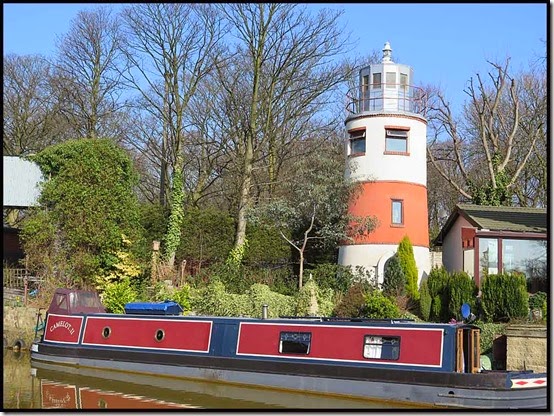 ans (my keyboard interprets an ‘l’ in brackets in rather a strange way!) then marched off towards Worsley whilst I sought a coffee bush. This was no TGO Challenge training walk – a cracking pace was set. 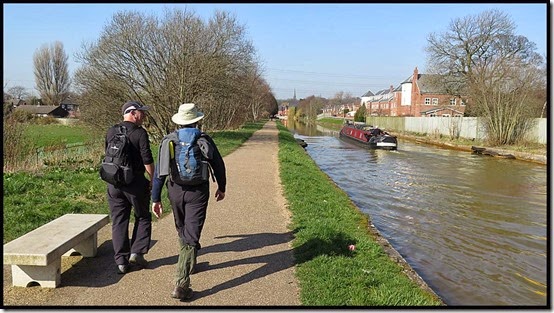 Alan professed to know some of the residents of these new houses, planted on the fields of his youth and owned by Mr and Mrs F Wallet. 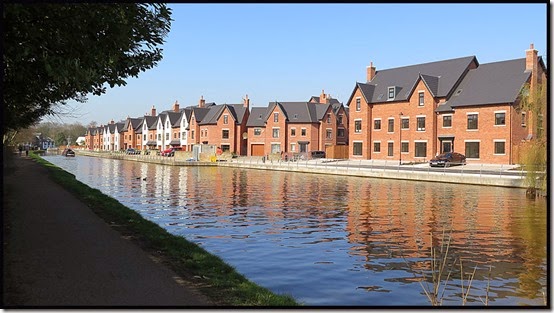 Marching on towards old Worsley, a focus of the Duke of Bridgewater’s empire, where barges were used to bring coal out of the many tunnels of coal mines, everything looked very serene in the sunshine on this otherwise foul winter’s day. 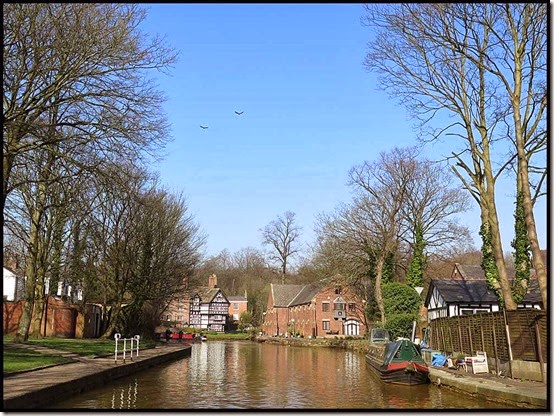 Eventually we forsook the canal towpath and headed across a bone dry field. Next to us, someone had apparently transported a section of the Burnley Way. 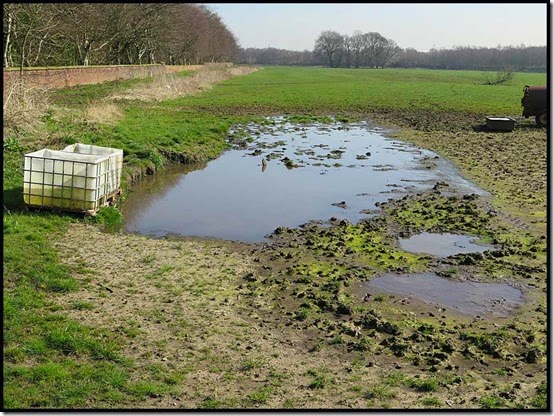 We reflected on the Plodders’ reasoning for abandoning its attempt to walk the Burnley Way, whilst enjoying elevenses with some golfers who seemed to be using us for target practice. The Al

ans appeased them with some ribald banter. Cake was consumed. 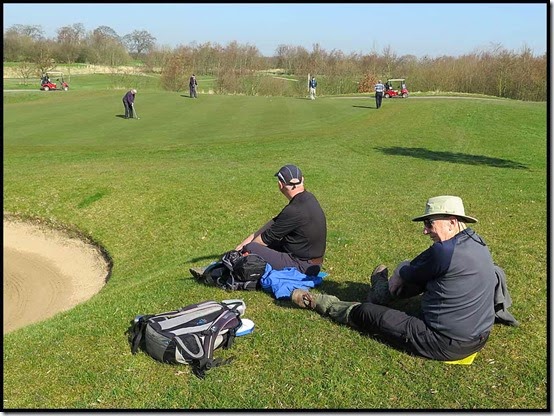 Once the deluge had cleared, the sky went blue again and blossom blossomed, as it does. 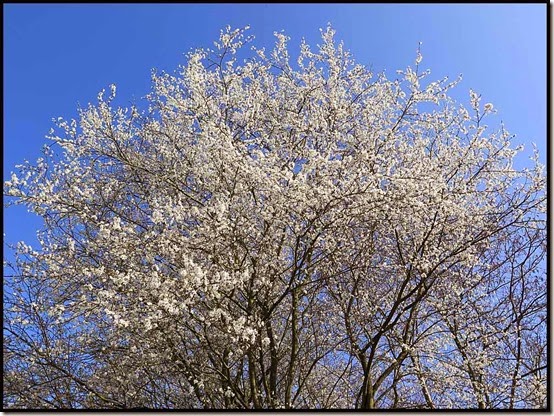 “Those look tastier than my breakfast”, admitted our resident wild camper, spotting some bracket fungus. He found the red variety (not pictured) particularly mouth watering. He will no doubt be able to offer his TGO Challenge companions invaluable foraging advice when they run out off provisions in May. 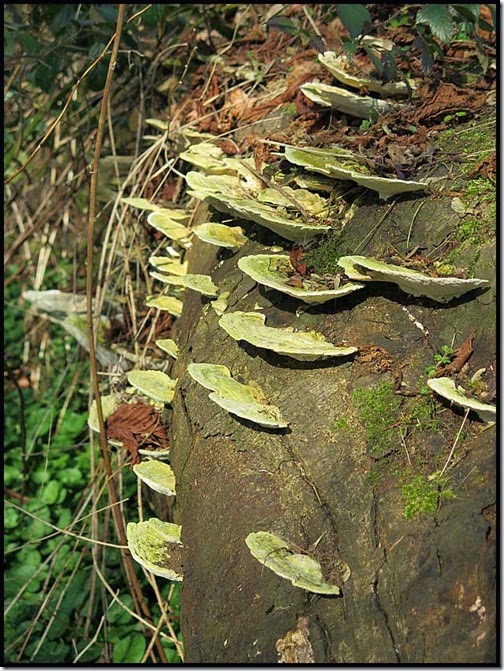 After wandering along the old Roe Green railway loopline for a while, we paused for lunch on some steps, as it was 1pm. A bench would have been handy, but we didn’t realise that such facilities would occur at 100 metre intervals for the rest of the walk. Alan found one dedicated to me, but even as we proceeded down the track I perceived a man with a squeezebox breaking it up for firewood.

A planned diversion from the loopline took us through Worsley Woods. A delightful area full of wild flowers such as this unseasonably early Cow Parsley. The path wound round to Worsley Dam, and some particularly attractive old buildings. 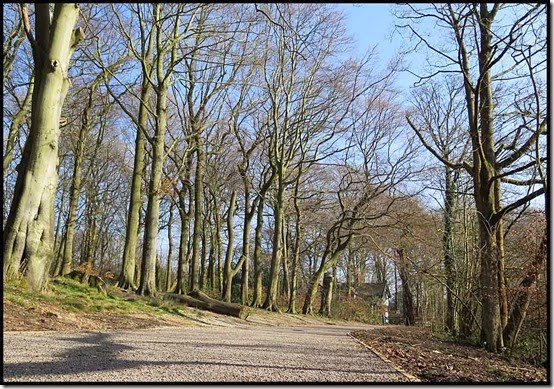 A tunnel beneath the A572 road avoided conflict with traffic, which was just as well as the Al

ans seemed to be involved in a vigorous debate/love-in. 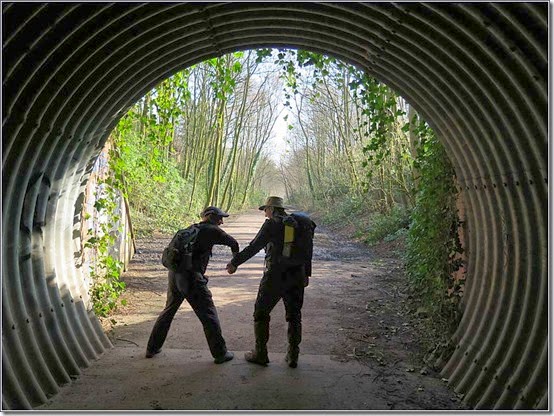 Back on the loopline, Allan chatted up a young lady with a smiling infant for a while, passing the time profitably before reaching civilisation in the form of Monton’s Unitarian church. 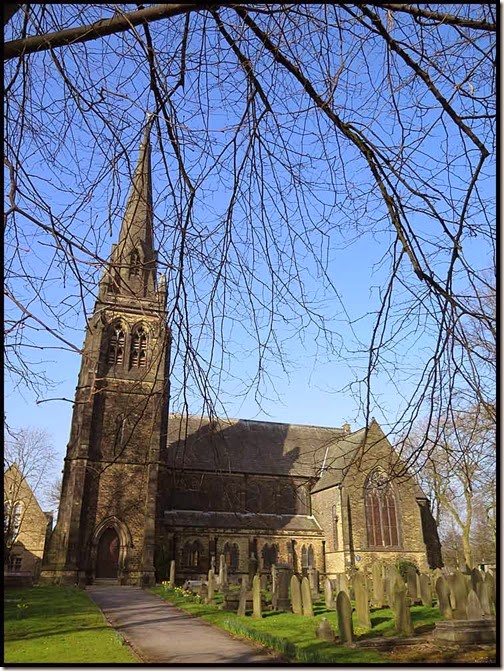 The grade II* listed Unitarian Church was built between 1873 and 1875 and replaced the original Monton Chapel built in 1697. The tower and steeple are separate from the main body of the church - this is because they were an afterthought and not part of the original plan. They now house the bell from the original chapel which was retained in memory of the earlier building. The lychgate was erected in 1895 in memory of Henry Leigh.

There’s an Institute of Physics blue plaque on the side of the church which reads 'John Henry Poynting FRS 1852-1914 Physicist, born in Monton, discovered the Poynting vector and weighed the earth. Attended this church until 1878.' John Henry Poynting was the son of the vicar of the church and was born in a cottage on Monton Road where Prince's apartments now stand. Craters on Mars and the Moon are named after this famous Monton son who was professor of physics at Birmingham University from 1880 to 1914.

Alan then took charge of navigation, as he used to live nearby, and he miraculously negotiated a route down Monton’s high street, past a rather dilapidated former museum, into Eccles where the sad remains of the Cross Keys, and some other-worldly gargoyles greeted The Three Amigos. 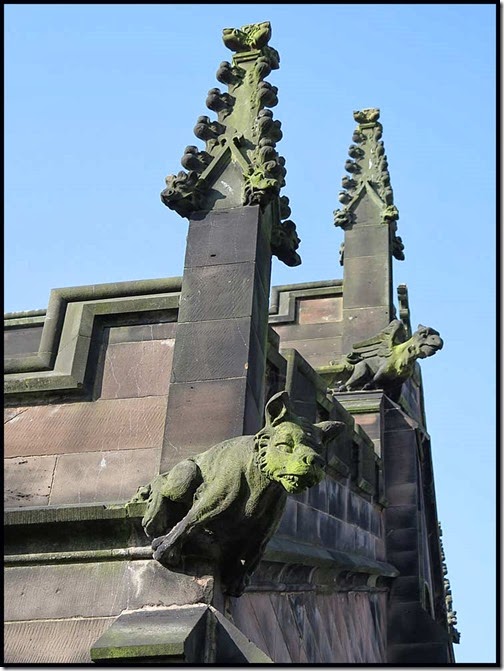 Then we all jumped on a tram and headed home. Even Alan seems to have made it back to somewhere safe, as he has been able to find time to record his (probably largely fictional) version of events littered with points of historical interest here.

Our route is shown below - 16 km with minimal ascent, in a little over 4 hours. 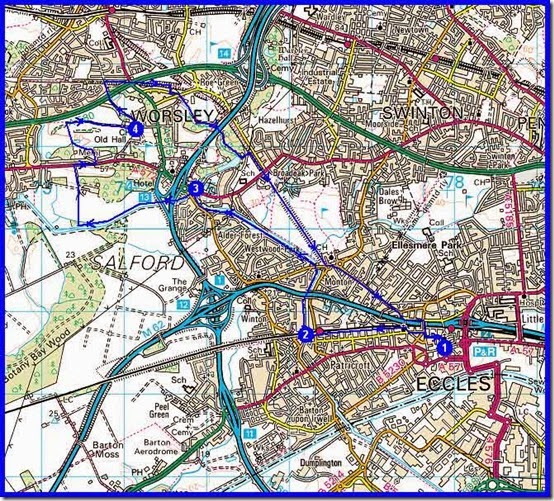 Thanks for your company, Al

ans, it was a good day out.

There’s a slideshow here, with some wonderful commentary from the Al

Yes indeed a very hearty walk that. BTW, the MF tractor isn’t an 873. That number just represents the loader beam which is purchased as a separate item or not as the buyer wishes.
Just goes to show that good walks can be found without going deep into the hills. Thanks Martin.
ps i pinched a copy of your map as i didn’t switch on the satmap thingy.

'The Map Thief' - a good book title!
It was fun wasn't it - one of those delightful stress free days.

I like the pic of daffodils. My ramshackle knees make it difficult for me to get down to take those kind of shots.