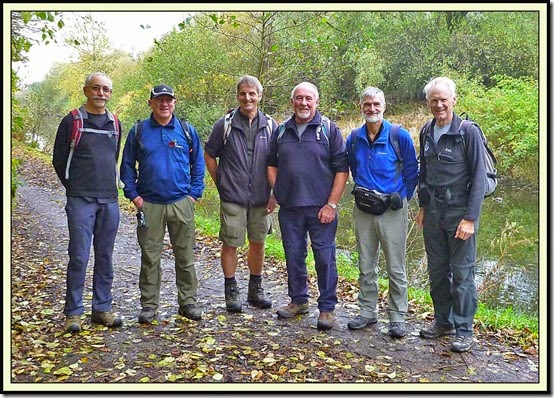 Six Plodders assembled on a hot October morning at Failsworth Metrolink Station at 10.30am.

Soon we reached the Rochdale Canal near the old mill that is now the Russell Hobbs factory. Heading north, into the countryside of Failsworth and past Bridge 78b, we sought out Moston Brook. 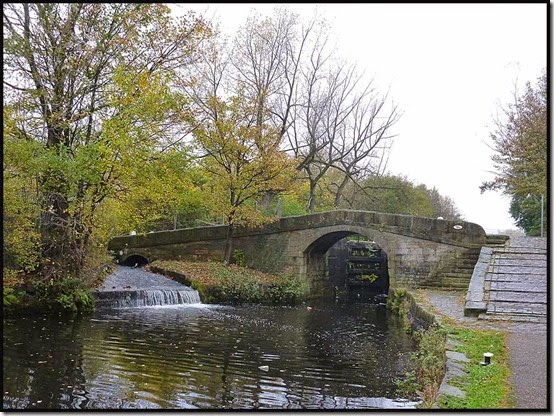 Others contested whether this was a Bewick's or a whooper. It looked like a mute to me, but let’s just call it ‘Failsworth Swan’. 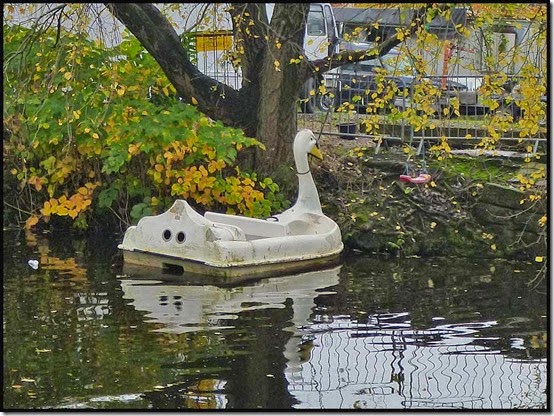 We passed under the Metrolink line to Oldham and Rochdale, in an area where the many mills are still home to an industrial heartland. 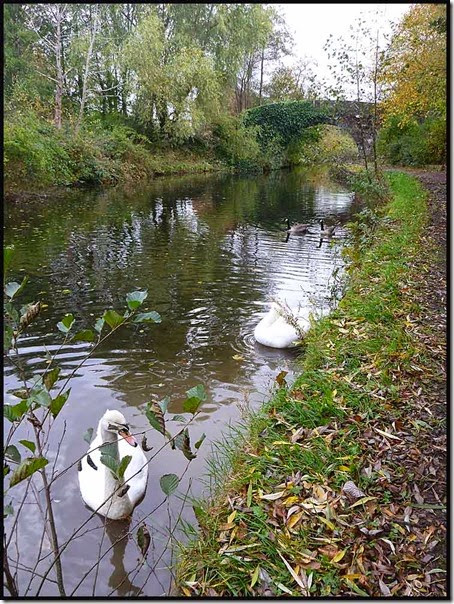 Moston Brook was littered; there were a few leaves as well, but the rubbish wasn’t really in keeping with the ‘Green Corridor’ status of today’s route. 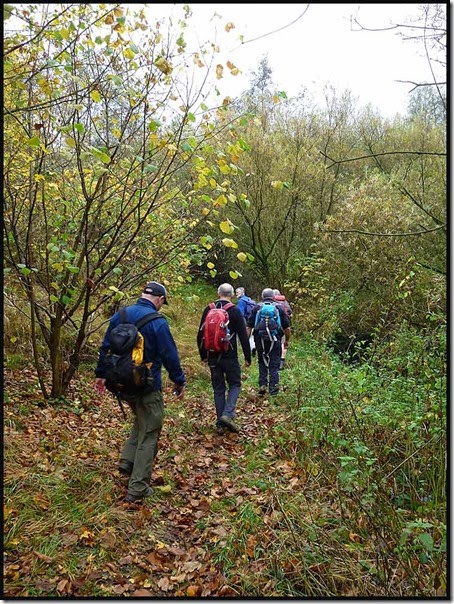 The brook disappeared into a culvert. "We're up here" Alan called to Norman, who had missed us at the start and was heard trying to reach us through the tunnel. 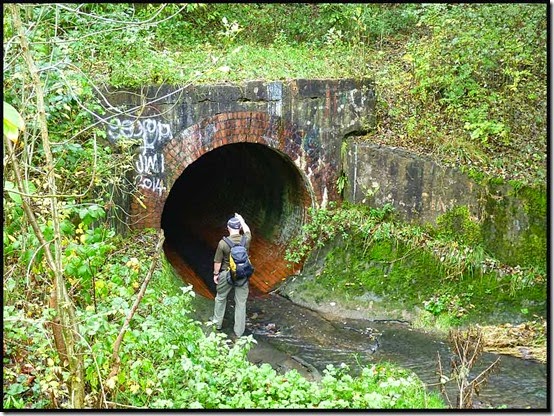 Soon we abandoned Moston Brook, leaving it to disappear though a series of culverts and meadows to join Boggart Hole Brook and empty itself into the River Irk.

Oldham Road was crossed on the way back to the canal after this pleasant 'Moston Brook Interlude'. 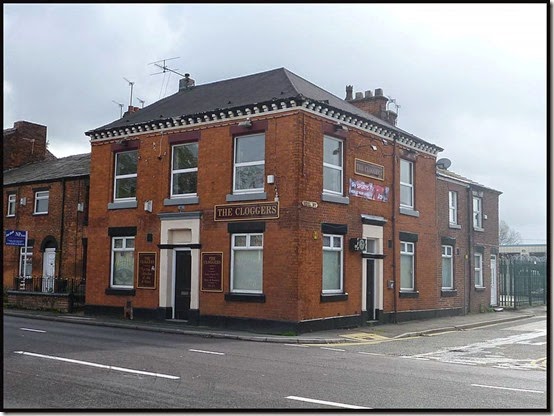 The road from Manchester to Oldham houses a solid ribbon of industry and hostelries. Many of the residents have a military background, like this old geezer trying apparently to escape from Captain Mainwaring. 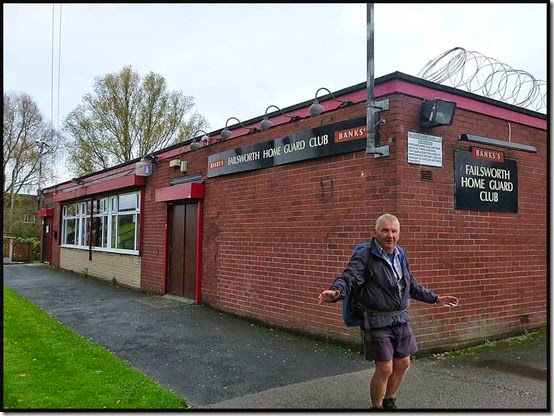 Back on the towpath, it's an easy walk into Manchester. Alan R often does it from his home in Middleton. "Downhill all the way." 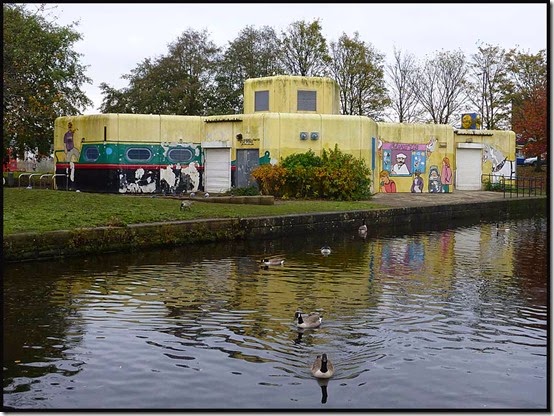 The pair of ducks behind the Canadian geese look like a mallard cross-breed, they are much larger than the average mallard. 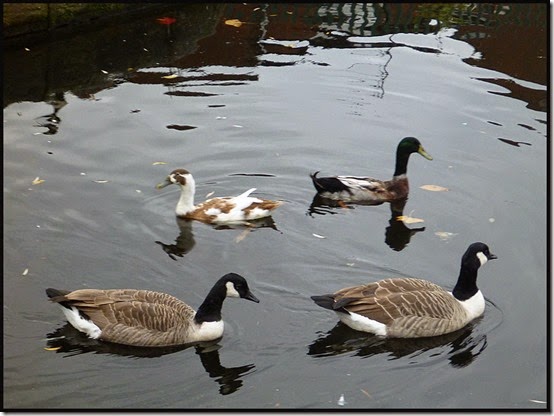 The towpath passes Mathers Foundry, which on occasion still spouts an unhealthy concoction of fumes.

It's not the most popular section of canal for narrowboats. 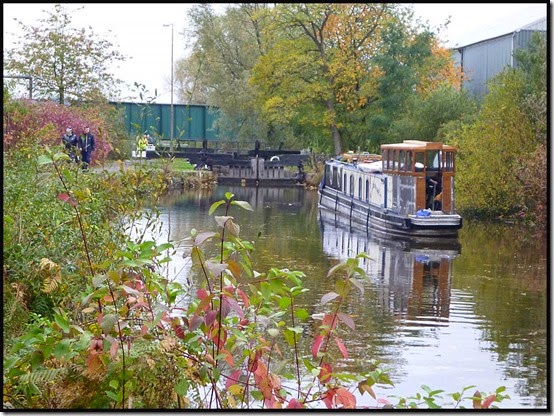 Fine mill buildings line the canal as the city centre is approached. 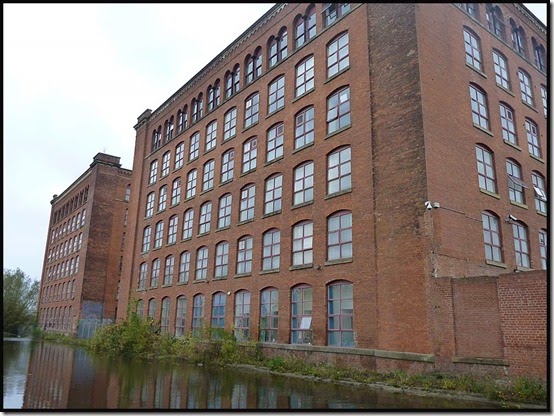 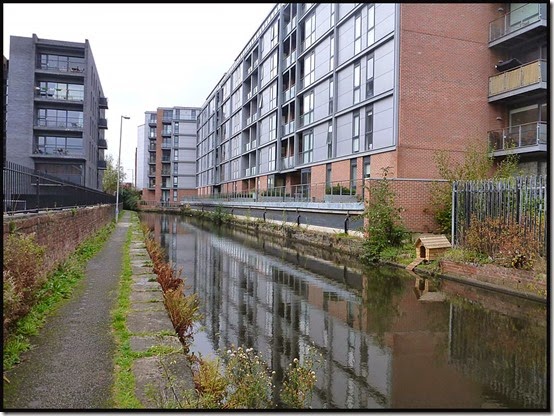 We were forced to leave the Rochdale Canal. The bridge housing the towpath is closed, and the workmen (progressing slowly, always just chatting) wouldn't allow us across. So we were forced into a large canal basin with lots of gates and fences, and a way through to eventually reach the Ashton Canal. 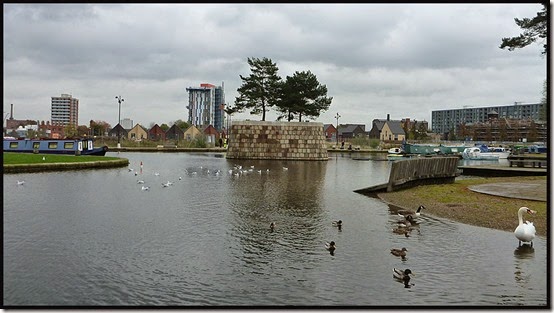 En route, there are at least two of these dovecotes. 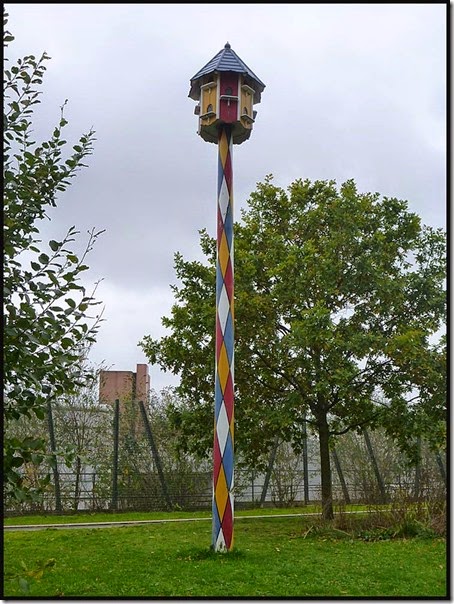 The Ashton Canal is reached at Islington Wharf. 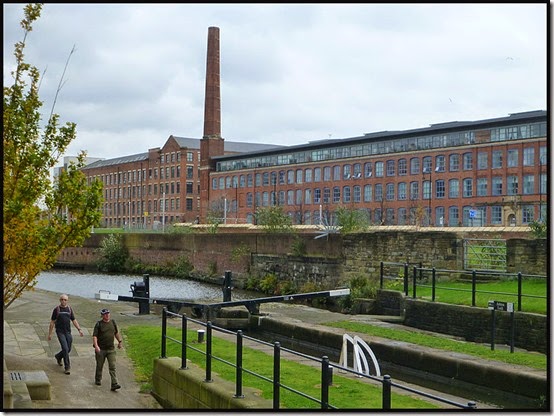 There's a network of confusing side basins around Piccadilly Village (opened by Michael Heseltine in 1991), with some industrial archaeology thrown in.

Rick’s presence allowed us to home in efficiently to our lunchtime target – he has been frequenting This & That since 1987. 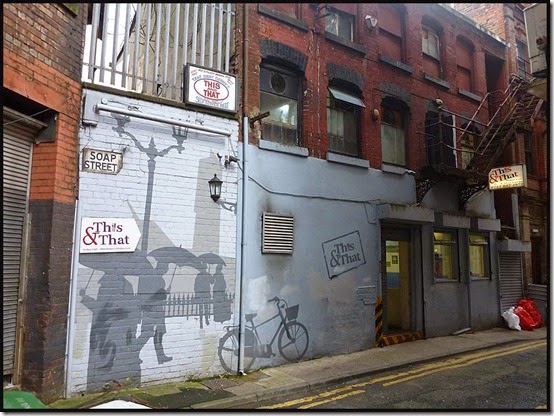 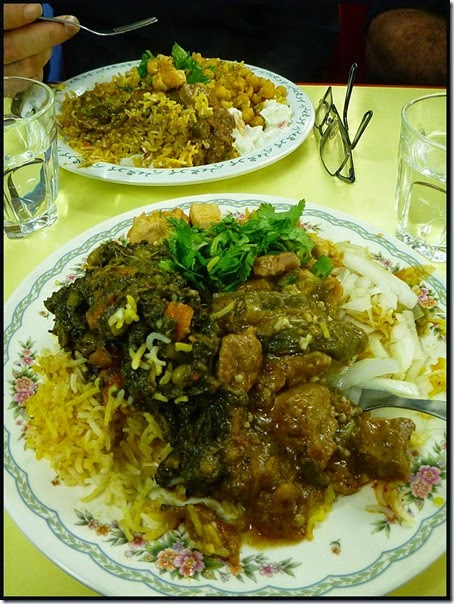 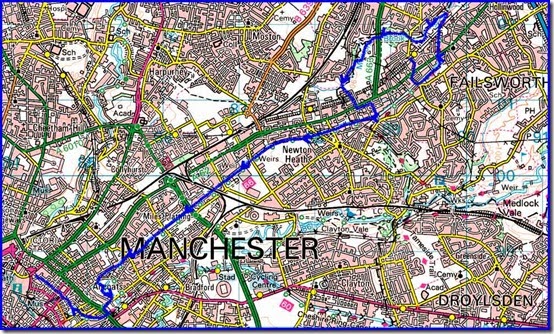 There are larger versions and a few more pictures in this 42 image slideshow.

AlanR’s excellent report on this walk is here.

This was the last of three experimental (unofficial) morning walks I’d planned for members of East Lancs LDWA and anyone else who wanted to come along. I was encouraged to organise some more, so will do that soon. Let me know if you are not on the ‘Plodder’ circulation list or any of my own circulation lists, and would like to be kept informed.

The other two walks were Around Glazebrook and Bury to Holcombe Brook. Thanks to those who have joined me on these enjoyable strolls.

Rice and Three for £5.50? That's inflation for you.
A nice little jaunt, a vist to This and That is always worth the effort - especially in good company!
JJ

Quite right, JJ.
I'm planning more half day walks, concluding perhaps with another visit to This & That. Hopefully you'll be back by then.
M

I'm up for that!
In the meantime checkout this on Moston Brook:http://www.28dayslater.co.uk/forums/showthread.php/78815-Processor-Moston-Brook-Manchester-02-13

We wondered why Norman smelt of poo!

Thanks for that, JJ. And others may be entertained by that Stopford Lad link!

So that's where we went. Good walk in good company.