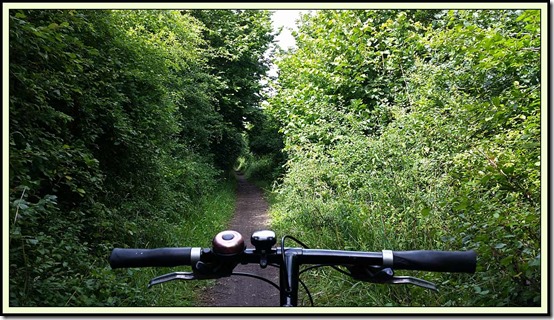 The picture above is a ‘prologue’, taken on 2 August, the day after I returned from the Pyrenees, on the Trans Pennine Trail in Stretford.

Whilst it was hot and dry in the Pyrenees, the greenery indicates what the weather has been like at home. The picture is to show Markus that I’m trying to prepare for the next trip!

After a few local rides on the flat, I decided I needed to go up a few hills. The most convenient hilly routes are from Marple, so on Friday I pottered off to Rose Hill Station, from where there’s a nice flat warm-up along the Middlewood Way.

After nearly 6 km you reach Nelson Pit and the Boars Head, where we were on Wednesday. You can carry on further along the Middlewood Way, which is well served with cafés and toilets, but I left it here and pedalled a few metres east to the Macclesfield Canal. 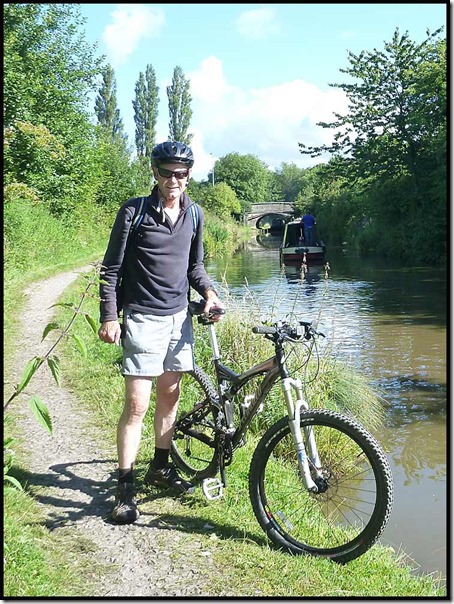 Again, it’s pretty flat all the way back into Marple. 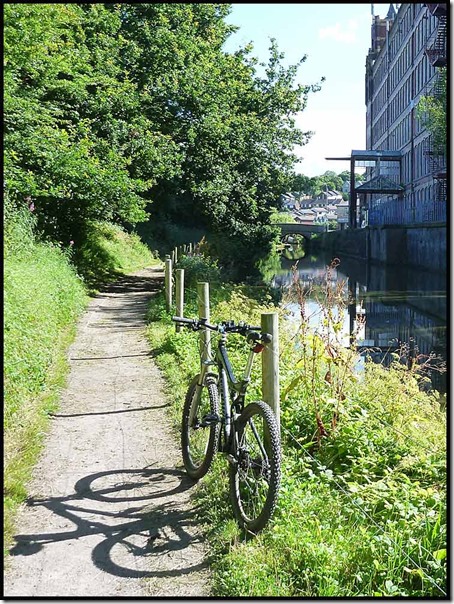 The only hills involve tight manoeuvring over narrow bridges where the towpath moves from one bank to the other.

In Marple I turned right down the pretty Peak Forest Canal. 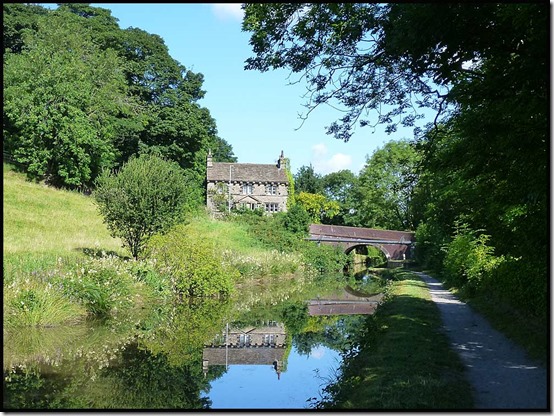 Soon after the drawbridge shown below, some steps lead down to the left (in fact the right, behind the camera, as this photo was taken looking back). I should have been able to descend these steps easily on the full suspension bike, but I chickened out. 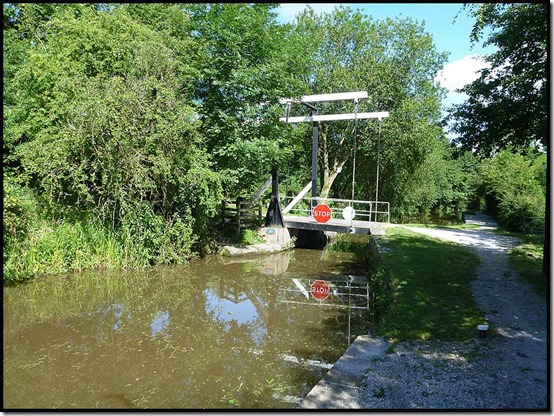 A steep descent crosses the main road and heads up towards Strines Station. Shortly before that, a left turn also rises sharply to a farm and a slightly technical bridleway past another farm to Roman Lakes.

Beyond the potholed Roman Lakes track, a right turn up Low Lea Road takes you past a Lottery funded mill restoration project and over a hill to Marple Bridge.

Left at the lights, then first right into Brabyns Park leaves the rider with a choice of uphill options and dead ends to regain the Peak Forest Canal in the middle of the Marple Locks system. Beyond that it’s worth pedalling on over the aqueduct as far as Romiley tunnel. 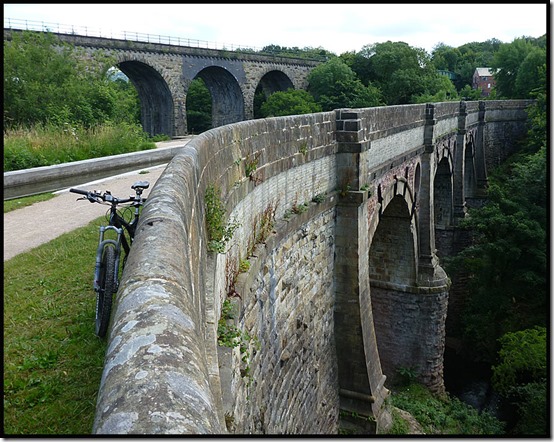 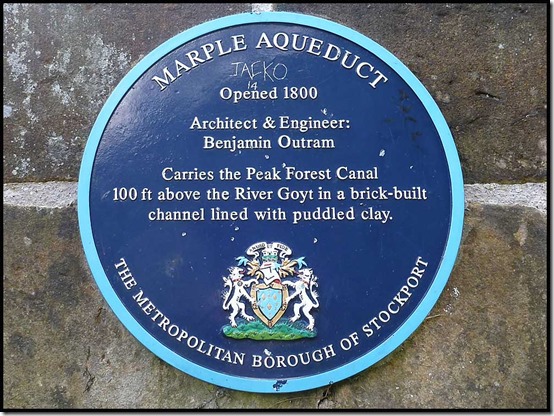 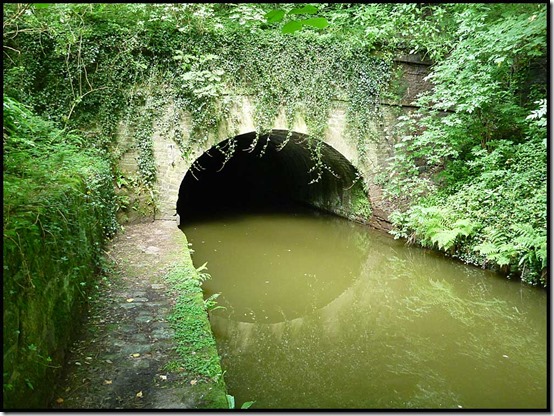 Then it’s back along the towpath to cross the canal between the fifth and sixth locks from the bottom of the system, and a route back to Rose Hill along minor roads. (Or you could simply go along the canal and turn right along the A626 to return to Rose Hill.)

A good couple of hours’ scenery and exercise, if a bit sparse on the ‘hill’ front. That will come later… 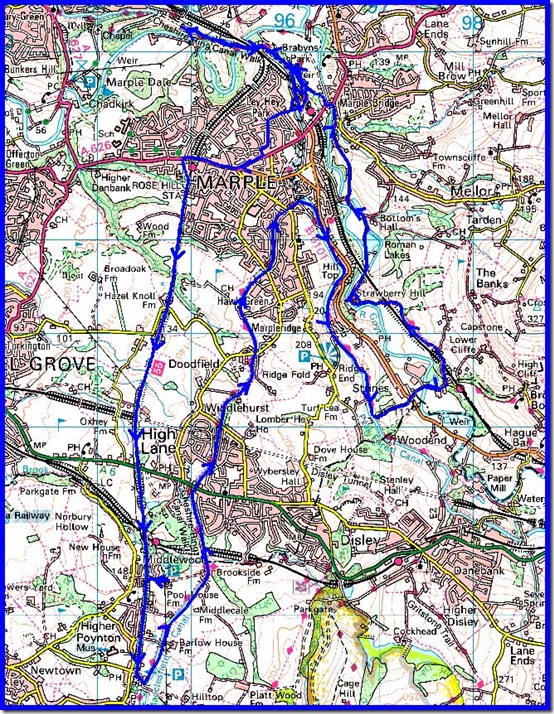 A pleasant outing on the bike; basically a warm-up for something a bit more challenging. I’ve not marked my start point (Rose Hill), but there are numerous places from which you could start this ride.

It's very green by us too, but at the same time there are big cracks in some of the paths and one of the local ponds has dried up so I'm not sure what kind of weather we missed whilst we were away.

It was muddy that Sunday as there had been a deluge on the Saturday.

Now I'm back they say they've had bad weather but it seems fine to me. I can actually go for a walk or a ride without finishing up in a sticky lather!