Thursday 5 May 2016 – An Evening in Deepest Cheshire (Chelford) 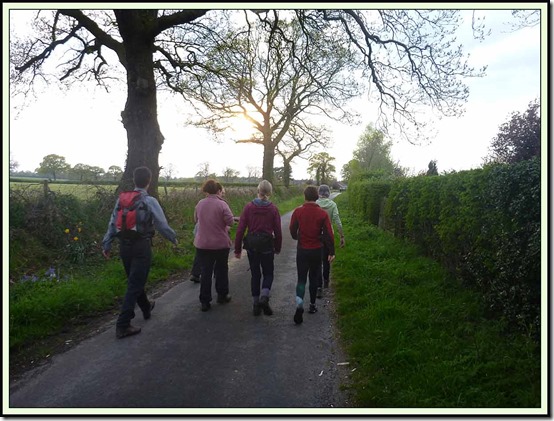 Last night’s first SWOG evening walk of the season was followed quickly by the first of Andrew’s ‘Deepest Cheshire’ evening strolls. The chosen meeting place was the Egerton Arms in Chelford, and tonight we all knew each other, with seven of us representing a good turn out by the standards of these particular ambles.

The sun looked low when we set off soon after 7.30, but we managed the 8 km (5 mile) circuit in a bit less than two hours, finishing at dusk but with no need for torches to be deployed. Probably none of us had one anyway.

Narrow lanes and boggy bridleways, with a few footpaths through fields, provided our rights of passage tonight. We should be grateful that the English countryside has retained these ancient rights of way that in other parts of Europe and elsewhere in the world have been rendered out of bounds to anybody but the landowners. Mallorca is an example – one of the walks Sue recently embarked upon, based on a recent guidebook description, had been well and truly barred by such an owner, with no legal comeback available in Spanish law.

No such problems in Cheshire apart from the occasional ploughed field and inappropriately positioned electric fence…. 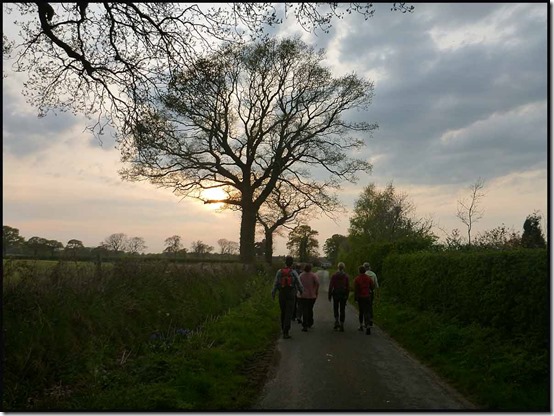 This area is flat. Easy going past fields of turf that I imagine is grown for sale to sports stadia the length and breadth of the country. Nearby, I could have taken a similarly boring picture of similar turf on what is a major centre for the sport of polo in the UK. This is such a popular spectator sport that the touchline is considered sufficient for a viewing perspective. Perhaps they only play to an invited audience, with Pimms no doubt being served at half time.* 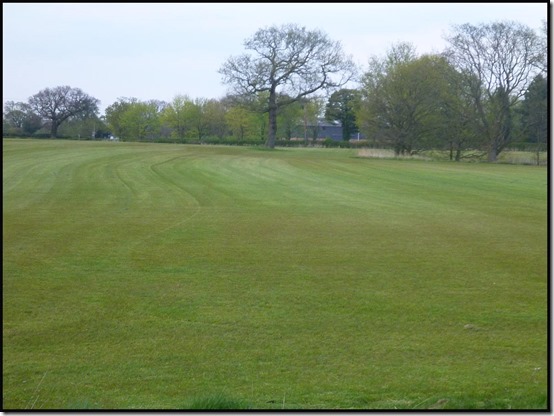 Beyond Colshaw Hall, in the upper class surroundings of Fourlane-ends, this pleasing image of a horse and dog has been sculpted from an old tree trunk. 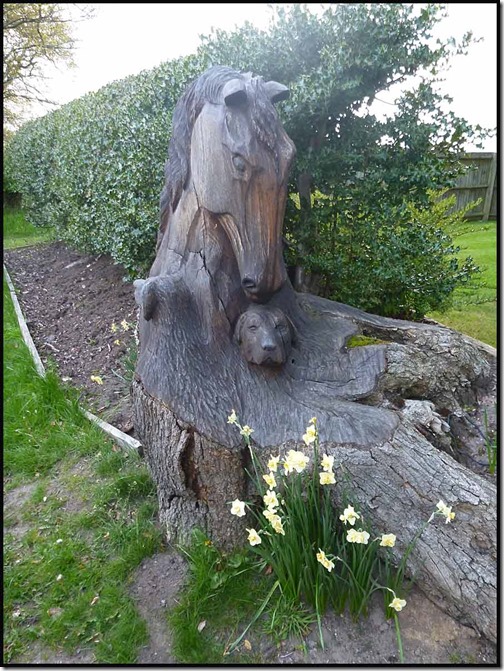 Chelford Lane saw tonight’s squad posing in the half light before the sun finally disappeared. 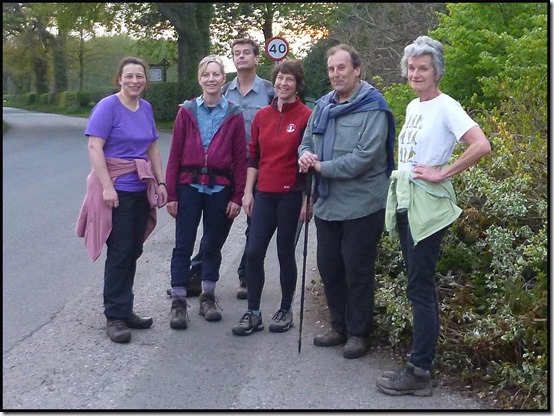 At Oakfield Manor we came across a large sign:

Please do not feed
Gerald, Gordon or Tom!
Thank you

As we peered over the fence, Gerald leant over and snatched Andrew’s map. 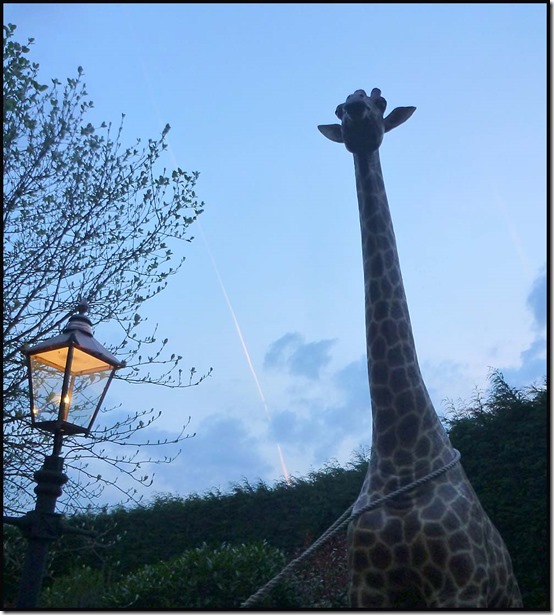 In the background we could hear Gordon chuckling and Tony purring. There was no incentive to trespass into these grounds, which seemed rather like an annex to Chester Zoo.

A little further on we passed another house with a slightly less harmful looking menagerie in its garden, though the Black Deer stag’s horns could cause quite a mischief to the unwary. 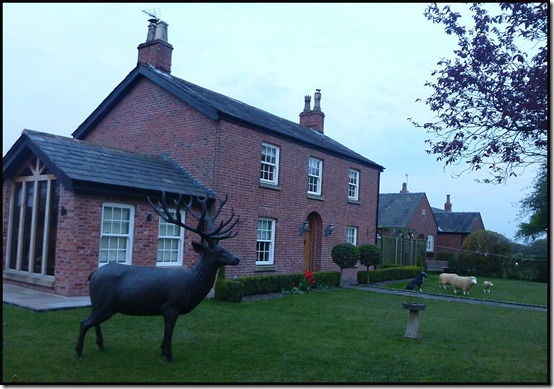 We survived all this, and kept our distance from the prancing cows, thus returning to the spacious Egerton Arms for a pleasant pint (or whatever) before pottering back to the urban zoo of Greater Manchester.

Here’s our route – 8 km, with minimal ascent, taking rather less than two hours. 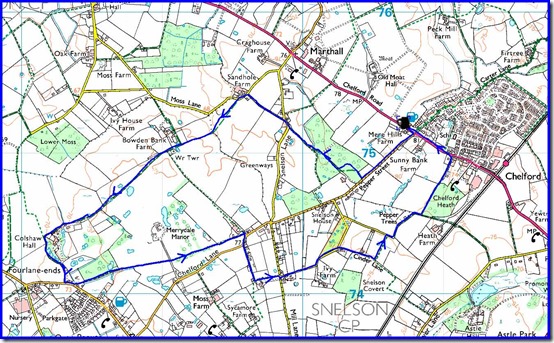 The remainder of Andrew’s ‘Deepest Cheshire’ strolls are as shown below – all about 8 km or 5 miles. Everyone is welcome to come along.

* My ignorance concerning the sport of polo knows no bounds, my comments being complete guesswork. Apologies for any offence that may be caused.

And you had a lovely night for it too. Wonderful sculptor of the horse and dog.

Yes Alan, I half expected to see you luxuriating outside the Egerton Arms when we arrived there!