Friday 3 November 2017 – A Walk Around Burtonwood 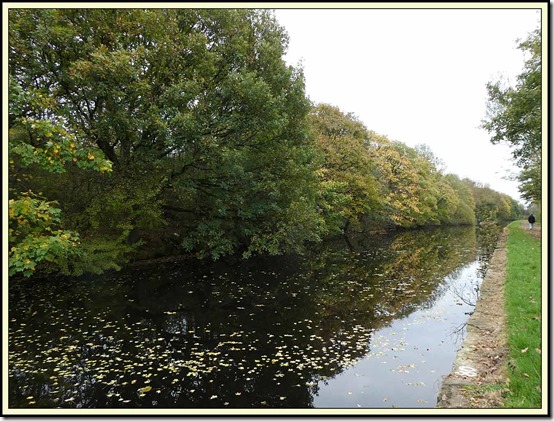 This week’s regular mid-week outing started from the car park at Red Brow Wood (SJ 577 044), near Vulcan Village just north of Junction 9 on the M62. It enabled Keith to pop over from Liverpool as the start was only a five minute walk from Earlestown Station.

Cary accepted a lift for the 40 minute drive from Timperley. He had never been over the Warburton Toll Bridge before and was highly amused by the 12 pence fee!

Keith appeared on time, and we gazed up at a ‘heap’ (not worthy of a picture) that gives it name to the ‘Mucky Mountains’. In 1832, James Muspratt built a chemical works here to manufacture Vitriol – Sulphuric Acid and Metallic Sulphates – by the Leblanc Process. Unfortunately, for every ton of Vitriol produced there were two tons of waste. This waste accumulated to form the ‘Mucky Mountains’. The process also produced large amounts of toxic Hydrogen Chloride. Local landowners complained and Muspratt built a 400 ft chimney to try to circumvent the problem. It didn’t work. The lawsuits continued. The works were closed in 1851, and the chimney was demolished in 1925. Nearby houses had been built for the workers, but these were very basic, being deemed in 1956 to be hovels, and demolished then without ceremony.

Subsequently, a sugar refinery built in 1855 lasted until 1979, when it became an early victim of the EU’s restrictions on sugar cane imports. Perhaps it will now be rebuilt?

Long before the chemical works, back in 1757, the Sankey Canal was opened – the first still water canal – mainly for the purpose of transporting coal from Haydock and Parr to the burgeoning factories of Liverpool. The water remains in part of the cut (see above), but the canal is no longer navigable, having been profitable only up to the 1830’s, when competition from railways initiated its decline.

There are a few locks like this one (Winwick Lock) that have been partially renovated (excavated). 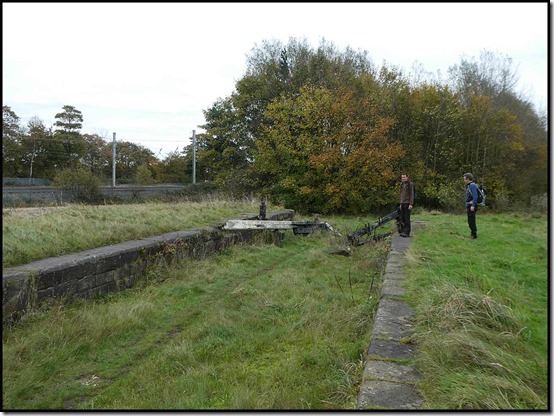 On the other side of the railway near here, the Vulcan foundry is the site of the construction of many locomotives, and a village of small houses that took care of the workforce. Unlike the Muspratt homes, these have been restored and look picturesque as you drive through the village.

The ‘Sankey’ path is now a good cycle track all the way to the River Mersey. It’s easy walking or cycling. It goes under the M62 near junction 9, passing a scrapyard where this classic vehicle is sadly mouldering. I’m not sure of the model, but it appears to date from around 1967 – a Leyland Comet? 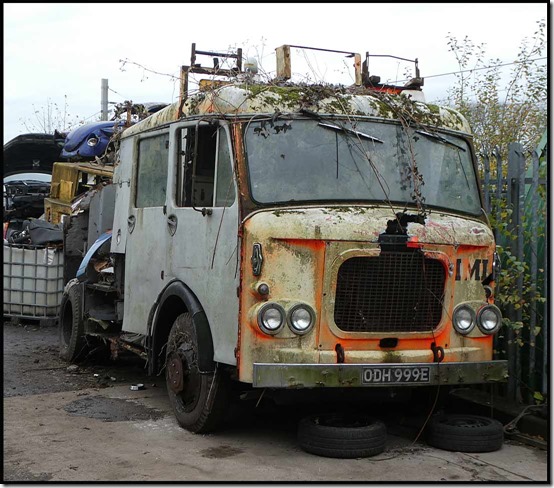 We passed Winwick Dry Dock, once a hive of activity. 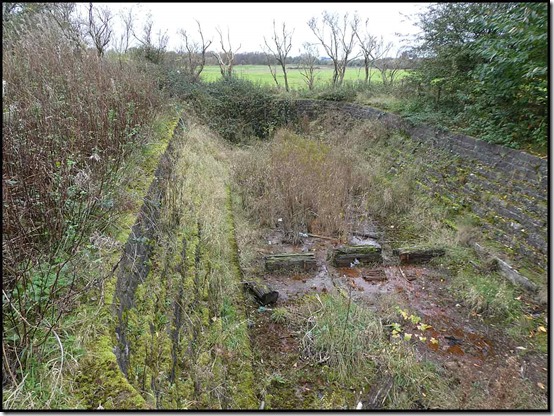 Nearby, Hulme Lock and Dallam Sluice have been partially resuscitated. 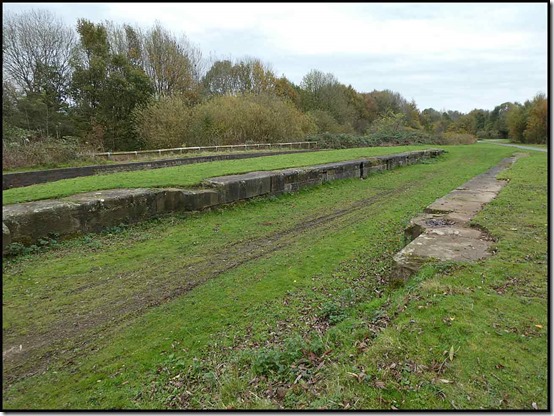 Stanners Pool looks very ordinary, but nearby signage declares it to be part of a nature reserve that teems with wildlife, including water voles, ‘pond minibeasts’ and amphibians, as well as many species of fish. 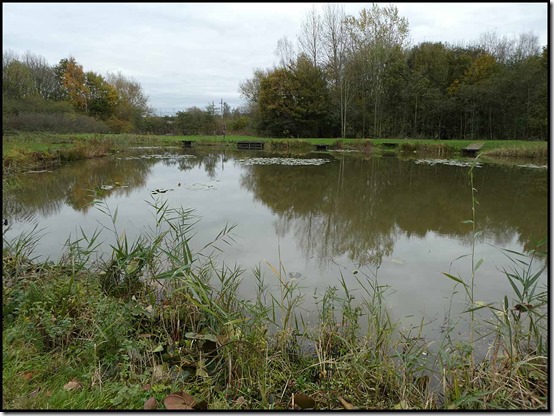 We left the Sankey Valley here and followed a good path around the edge of a modern industrial estate, and back under the noisy motorway. Soon we were on field paths with views to competing ‘blots on the horizon’.

The local farmer doesn’t seem to care for either the public footpaths across his land, or the signage that accompanies them. 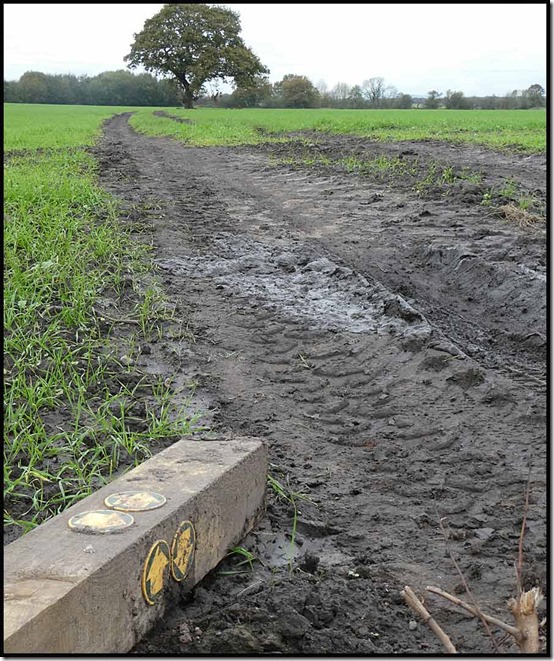 However, I was expecting more mud than this! 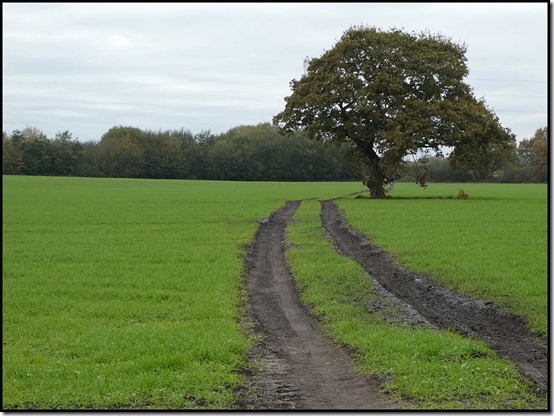 Cary and Keith seemed reasonably happy as we took an extra little loop through pleasant woodland to reach the unremarkable village of Burtonwood. 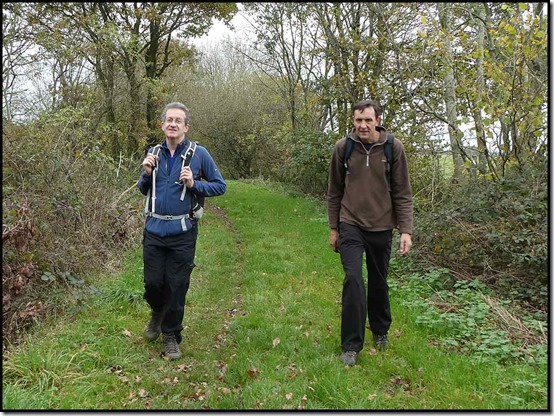 We diverted for half a kilometre or so here, to enjoy lunch at Woody’s café. Soup was from a packet and chewy, for £1.50. Butties (£3) were hefty and quite tasty. Drinks were £1 – rather cheaper than most places, even the Courtyard Café at Wythenshawe Park! There’s a chippy across the road, but the café had the added attraction of a TV that was initially ignored but that gradually mesmerised Cary as an item bought on Bargain Hunt for £30 slowly grew in ‘value’ until it was sold for over £400! 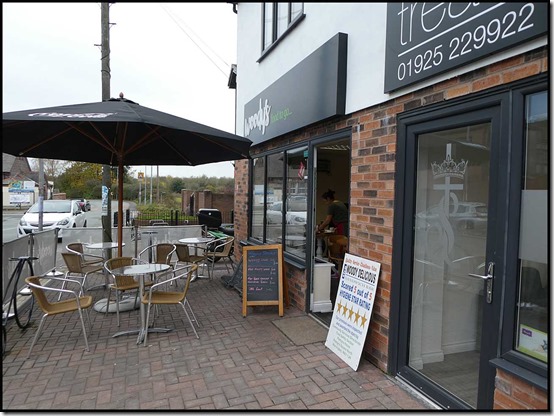 Nearer to our onward path, the Chapel House Inn, reputedly the oldest building in Burtonwood, and extensively refurbished in 2013 appeared less than enticing, as it has a ‘rough’ appearance and was partly surrounded by a wire fence. 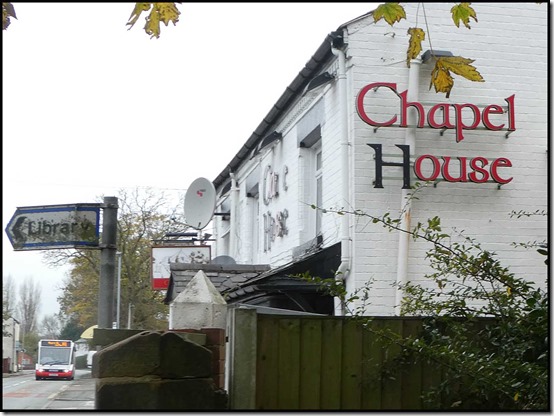 St. Michael & All Angels, Parish Church of Burtonwood and Collins Green has been at the heart of village life for over 400 years. 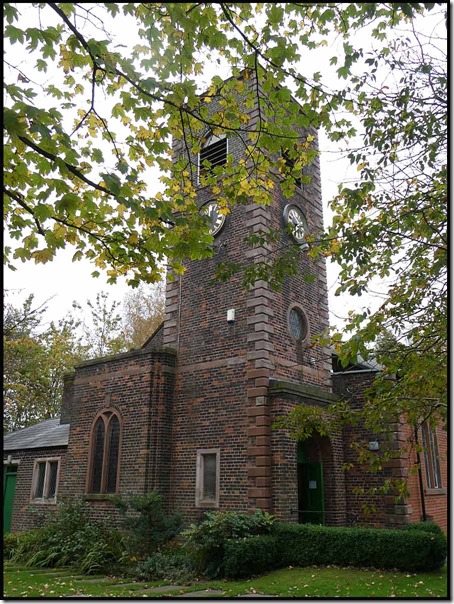 Reunited with our planned route, we took a narrow path between housing estates to reach a quiet lane at Boarded Barn Farm. We then inadvertently passed Bradlegh Old Hall, around which if we’d been more alert we may have noticed a moat, and a 15th century gatehouse. Those features are an heirloom from the time when the hall was the home of Sir Piers Legh, an ancient Lord of the Manor, but today’s farmhouse (shown below) was rebuilt in the 17th century from the stones of the old hall. 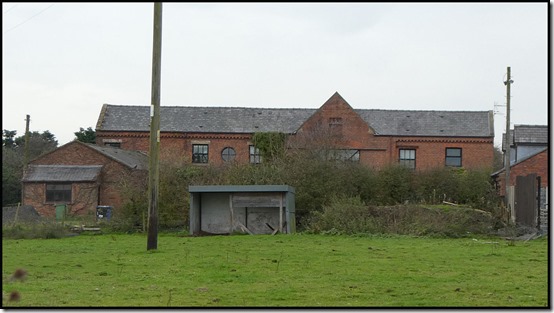 Stories of ghosts and secret passages abound, but we continued uneventfully along the summery path towards the Sankey Valley. 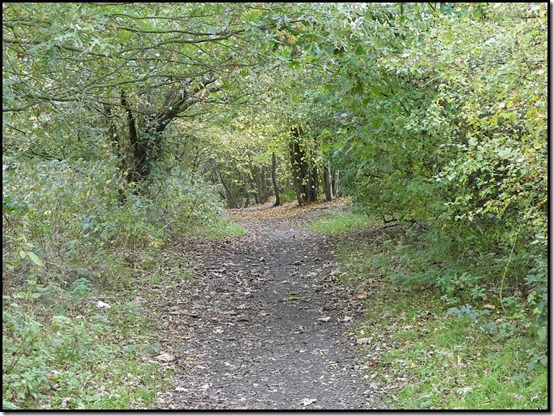 The view from the bridge over the canal remained much as it was when we arrived three and a half hours earlier. 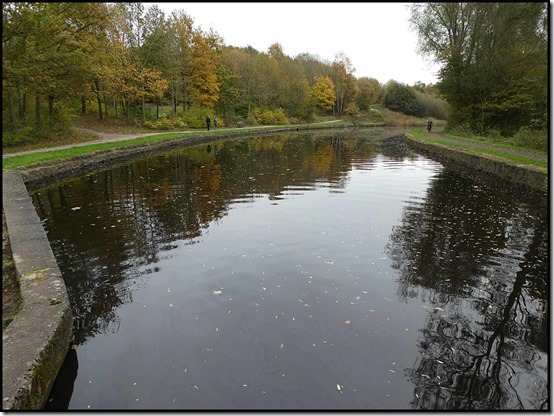 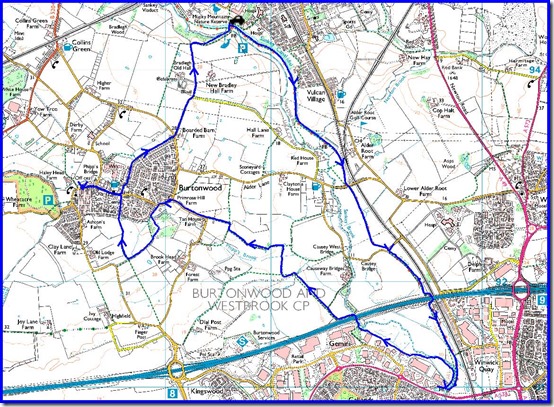 Whilst writing this up, I discovered I’d been on parts of this walk before, on 8 November 2009. I knew I’d been there when I saw the dry dock, but I’d incorrectly placed it on an LDWA walk on the nearby Lancashire Trail.

Wonderful Martin. It’s great doing walks where there is so much industrial archeology to see and take in. Funnily enough I pass the Vitriol signal box at Chadderton when I get the train into Manchester. I had no idea what Vitriol was until last week.