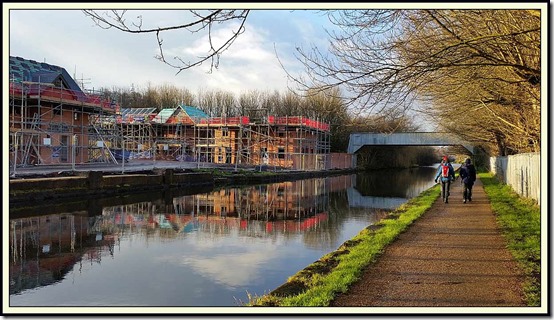 This week’s morning walk was due to end at the Aspire Restaurant at Trafford College, where we were booked to enjoy a Christmas lunch with Paul and Jeanette, so a convenient rendezvous point, as they live in Hale, was Navigation Road Metro Station.

Rick sprouted unexpectedly at the start. Having spent most of his working life at FE Colleges, he politely declined any luncheon there, but he was most welcome in joining us for this local walk.

We survived the icy footpaths that led to the stone chipped surface of the Bridgewater Canal towpath. No slipping over here. The top picture shows how the housing development on the old Linotype site is steaming ahead.

On the other side of the grey bridge that is now unusable (what will happen to it?) is some old lifting gear and massive timbers that presumably can be slotted into the canal to retain water on one side or the other. I’ve never seen them in use. 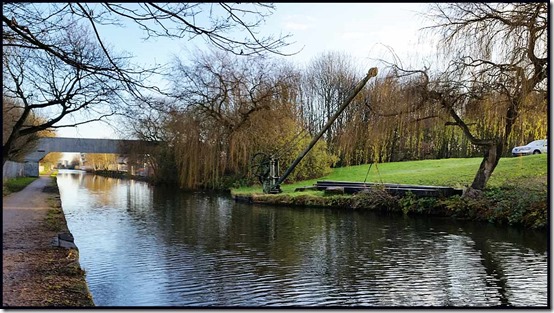 We left the canal by the Bay Malton and strolled down Black Moss Road to Sinderland Crossing, to join the Warrington to Altrincham Junction Railway, the disused line of which now houses the Trans Pennine Trail (TPT) cycle route. It was a lovely sunny morning. (NB – better to continue along the towpath for a few hundred metres to the end of the resurfaced section, then turn right through the woods to join the TPT.)

The section of line between Latchford and Broadheath was opened in 1853 and was closed to passengers in 1962. Goods traffic continued until 1985, when the Latchford Viaduct was deemed too expensive to maintain. 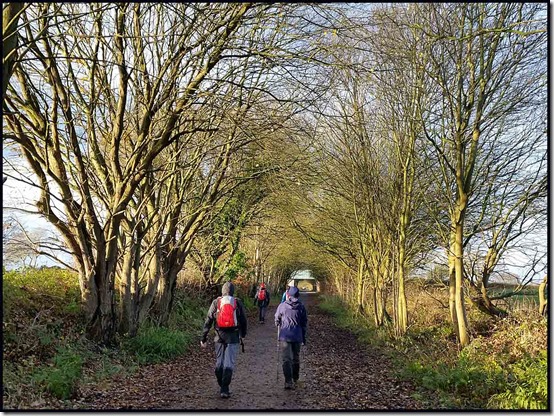 The first bridge you come to takes School Lane over the railway. Some sort of construction work is on the go here. Not sure what. 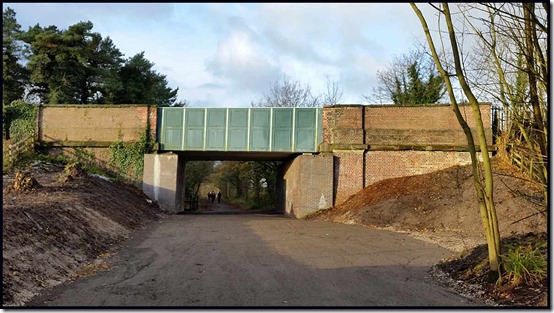 The muddy route was significantly repaired a few years ago, and it continues to be maintained as part of the TPT. Some sections are easier to maintain than others. They seem to have given up in the spot shown below and have created a narrow pathway/cycleway to the side of the flooded trackbed. 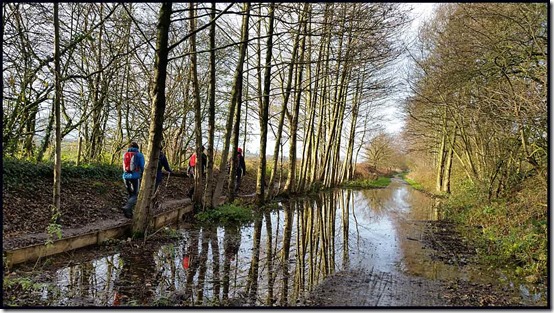 We passed the site of the former Dunham Massey Station and continued towards Heatley.

The Bollin Valley Way (BVW) path was then taken. This led us along a mixture of quiet lanes and field paths, leaving the BVW at some point. Tea and cake was consumed at a suitable point near some picnic benches in the vicinity of Moss Wood.

Altrincham Crematorium was eventually passed, beyond which a junction drew us to a narrow unsurfaced lane, Dark Lane, which becomes Dunham Road after crossing the former Glazebrook to Timperley railway line and heads into Carrington Moss.

Dark Lane is the final resting place of a piece of technical wizardry that is now almost beyond identification. My guess is ‘Ford Ka’, but that’s only based on Fords’ reputation for going rusty! 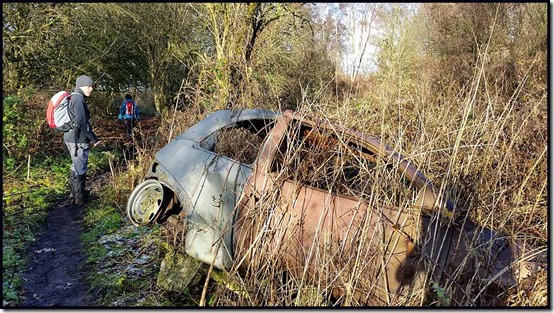 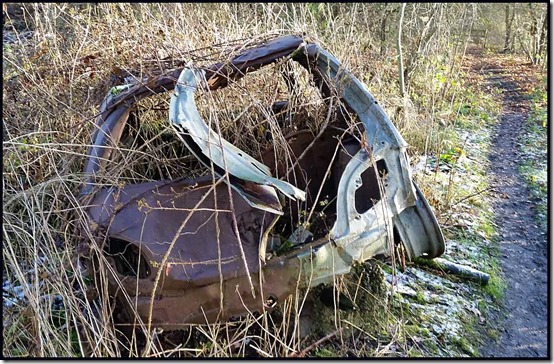 Our luncheon booking fast approaching, the quickest way of getting there was via the trackbed of the disused railway. It’s the Partington to West Timperley line on the following representation of railways in use in 1960.

This line was opened in 1873. It was deviated in 1890 to cope with the construction of the Manchester Ship Canal, with the Cadishead Viaduct being completed in 1892. Passenger services ceased in 1964 when the stations were closed, but freight traffic continued until 1983, when the high cost of repairing the Cadishead Viaduct led British Rail to close the service and mothball the viaduct.

The track as far as Partington was lifted in the 1980s, but beyond that it remains partially intact and now under the ownership of Network Rail. Whilst there’s no official footpath here, the trackbed is readily accessed. We walked along it as far as the new housing estate at Stamford Brook. 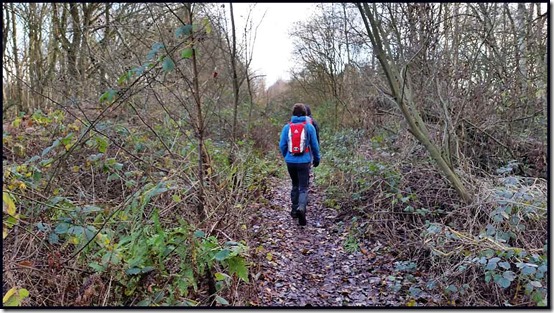 The bridge below is near the recycling centre by Malljurs Covert. The only bar to progress along the line is the rampant brambles, which are quite manageable at this time of year. 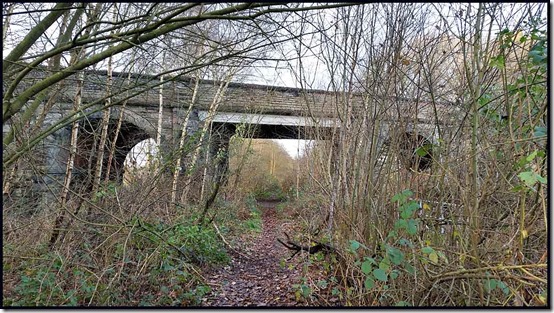 This line is one that is being put forward for reinstatement. It’ll cost a lot!

We could have continued further along the railway, but it suited us to diverge slightly and stroll through the new housing estate to Trafford College, and an excellent Christmas dinner for four of us at the Aspire Restaurant after we’d waved off Rick. 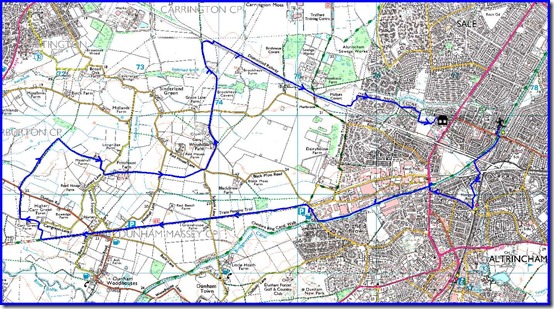 Another most pleasurable morning stroll.