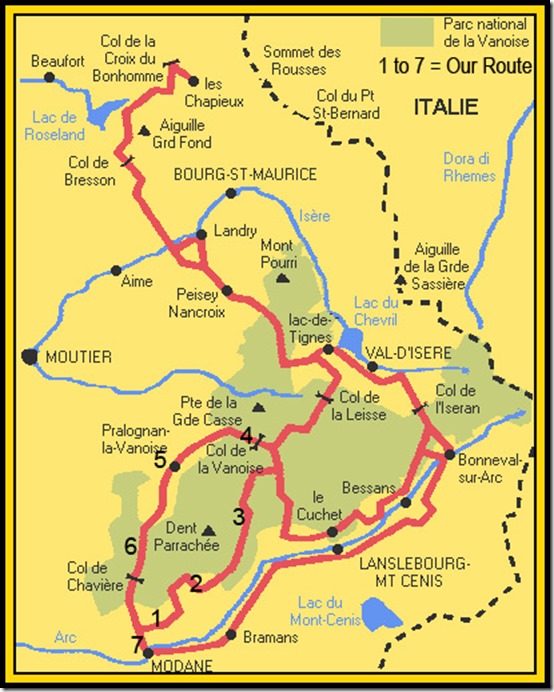 The Tour of the Vanoise route, and part of GR5, is portrayed above, with the route we took being the small loop at the bottom, annotated with our days 1 to 7.

So longer routes are available. They are detailed in Kev Reynolds’ Cicerone Guide to the area.

Off to a gentle start - a leisurely breakfast at 8.30. We arrange to meet at 9.30, which all comply with on a warm morning with a blue sky. We admire the proprietor's flowers - Martin attempts to lock the car, parked opposite the hotel, to no avail. The attempt continues for over half an hour, with the manual coming out - but it's in French. Eventually we seek the assistance of the hotel owner, who stands several metres from the car, a Renault Megane, and manages to lock it. He is proclaimed an expert, and finally we set off at 10.10. 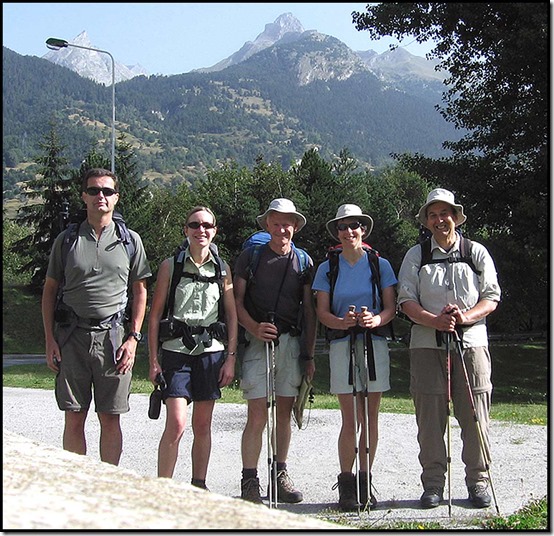 The industrial part of Modane is soon left behind and we walk through quiet streets, where the only noise is from racquets on a tennis ball from a court by the road.

Slowly, we begin to climb, first through streets, then onto a track, and finally on steep paths through woods. It is very warm, despite the shade of the trees. There are nearly 900 metres to climb but the steep path affords good progress. At about midday we stop on the path to brew and snack - glimpses of Modane below. 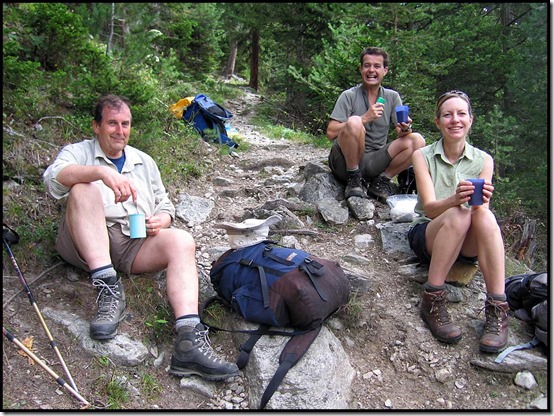 It's so hot that Richard removes his t-shirt and treats us to his 'brown loaf' stomach. (We were spared a photo today – Ed)

A lovely open meadow is soon reached and I share some tiny, ripe, alpine strawberries, picked on the trail. We see the first people since the village on the meadow. More woodland follows - with lovely warm pine smells and singing birds. 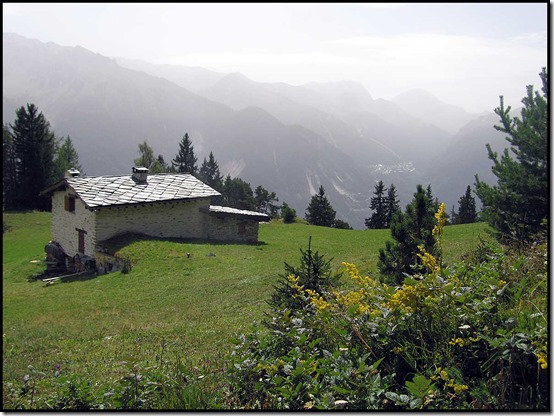 The refuge is soon in sight - at the road head. We enjoy Salade de Montaguerde in the sun, then settle into Dortoir 3. 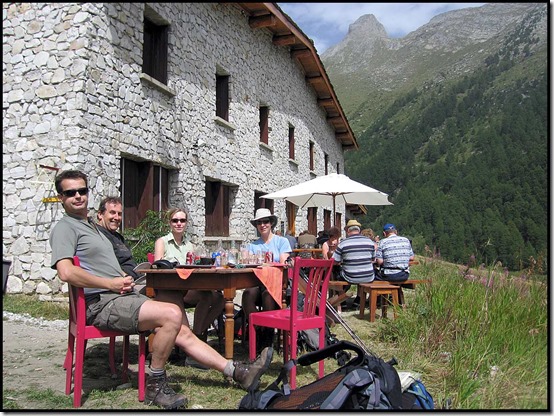 The afternoon's activity is the 'Sentier Natur' - mostly in shade, which consists of information boards describing birds/animals/geology, and guessing games - 'Who am I?'

Sue with Crocus on the Nature Trail 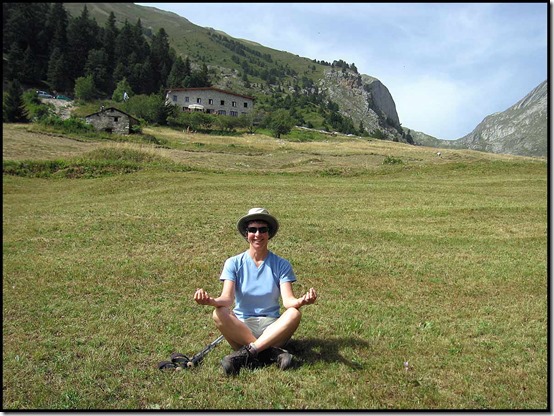 Willowherbs, and Refuge d'Orgère in the distance 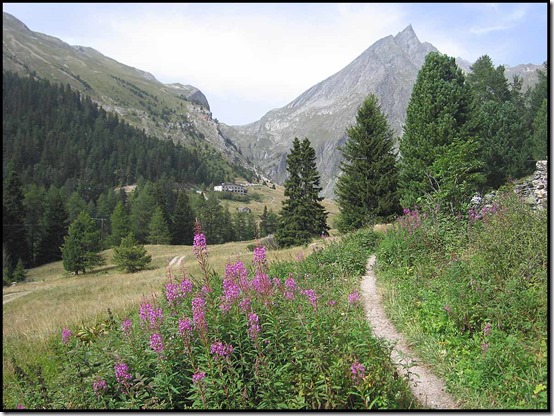 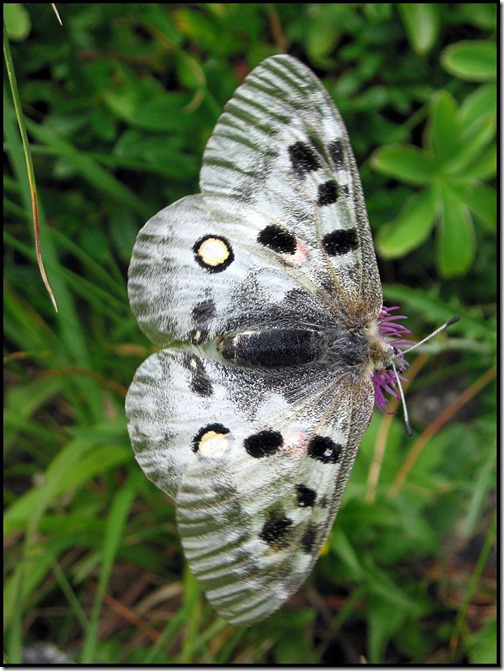 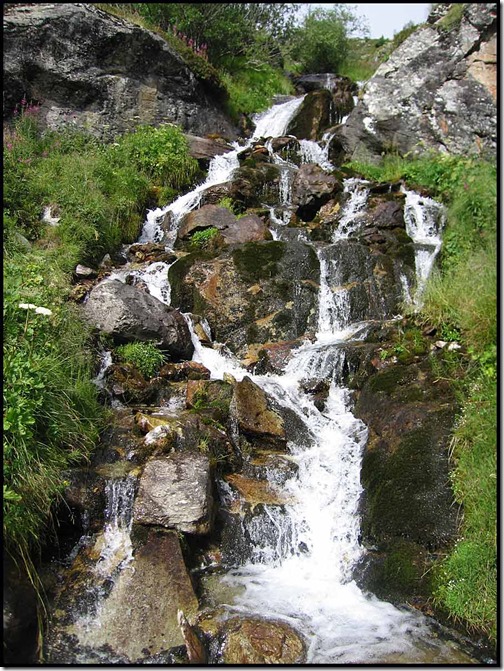 We climb towards the pass up the valley, then descend near sheep pens where two fearless marmots are munching the grass. 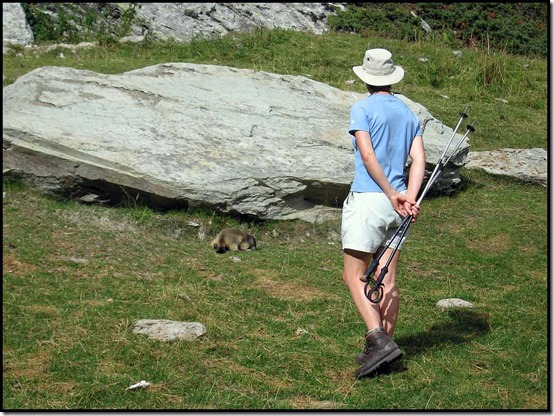 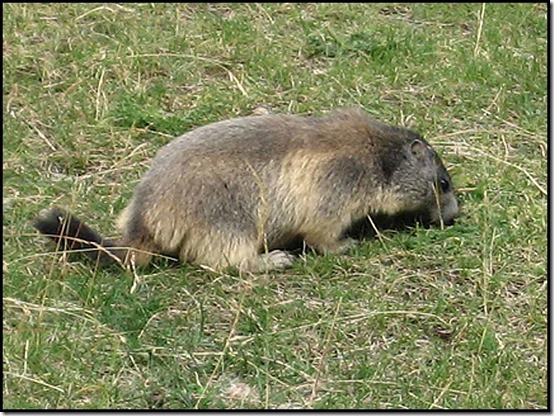 The track leads back to the Refuge d'Orgère for showers, then beers under a broad umbrella.

Dinner at 7 pm - soup, pork chops with boulangère potatoes, lettuce and cheese, then egg custard. The red wine flows at dinner and accompanies our game of Uno - Martin (as usual) wipes the floor with Richard and me.

Our game is accompanied by harmonica tunes from a 'fondue party' to celebrate a birthday - the musician is good and even indulges us with a baroque classic. Finally head for bed ~10 pm, with a nice, nearly full, moon. 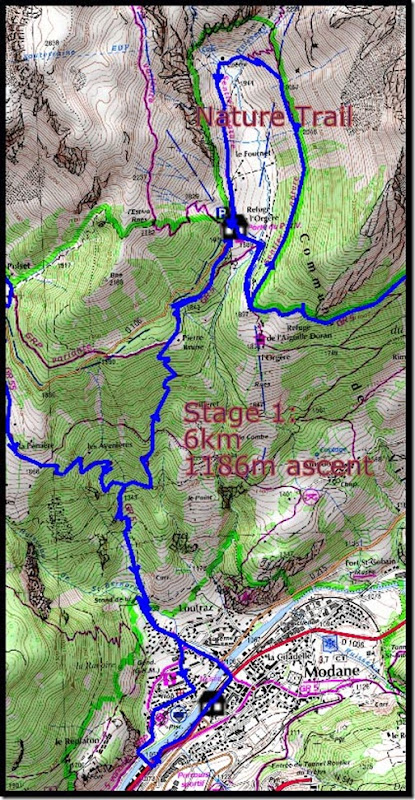