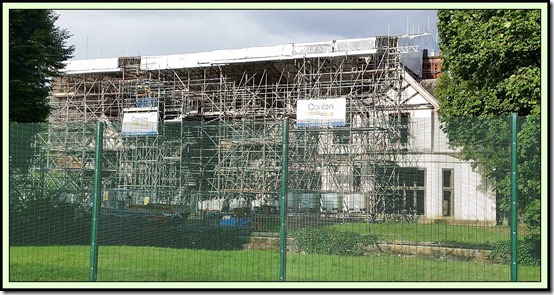 Just a few pictures from Saturday’s parkrun, which took place in damper conditions than of late, with some moisture-laden grass to slow us down, though the overnight rain had ceased by the time we needed to cycle down to the Park.

Above – work continues on the Hall, but there has been indiscernible progress over the last few months. It’s now two and a half years since the fire.

Meanwhile, Oliver continues to oversee proceedings and, aided by Run Director Charlie and Head Honcho Andy, he personally welcomed all 230 of today’s runners. 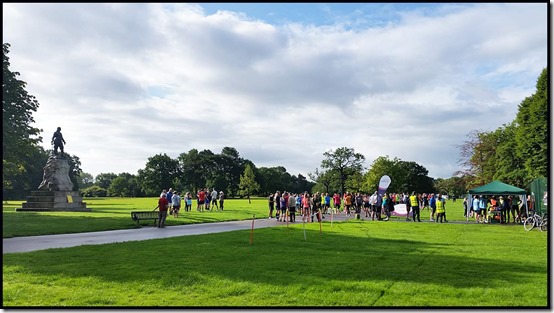 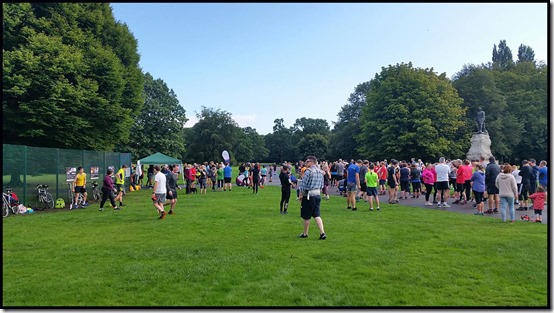 Owen was as enthusiastic as ever, seen here warming up for his weekly dose of quality exercise. 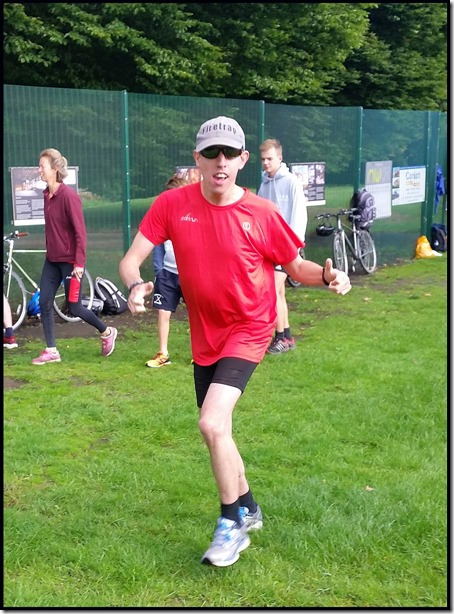 This was Jane’s second parkrun. She got round in an hour and eight minutes, helped by stalwart Syd and by today’s two Tail Walkers, Sue and Kathryn. 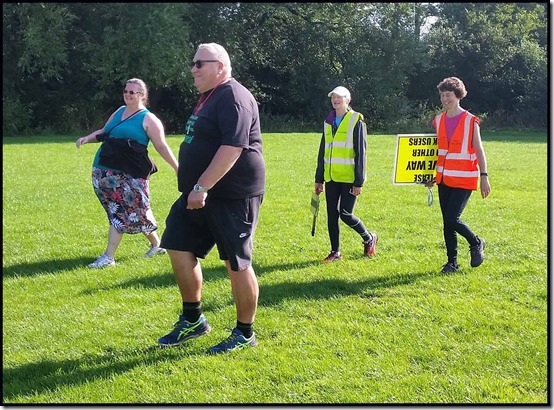 The parkrun is as important for people like Jane, who we hope will return for some more PB performances, as it is for some of the faster runners, including those trying to follow the blue vests of the Winston Runners club members who were pacing at 25, 30 and 35 minutes.

Thanks go to Winston Runners, pictured below with some hangers on, for providing today’s marshals and pacers. 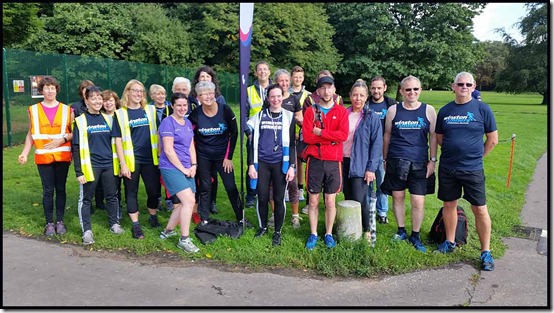 And there was even a bit of cake!

That’s our last run for a while. Let’s see what else we can get up to?