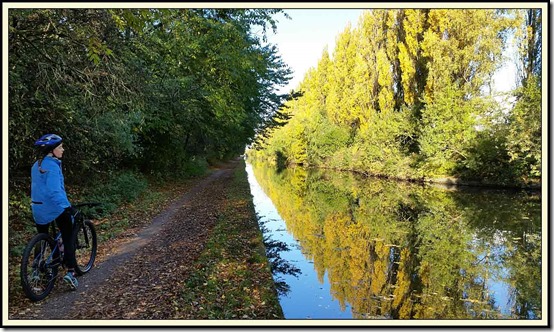 This was a repeat of last week’s route, with very minor variations, on which I reported here.

On a lovely sunny morning, I was joined by Paul, Jeanette, Laura, Richard and Sue. The poplars beside the canal past Water’s Meet near the Trafford Centre looked magnificent. Sue insisted that I send the following picture to the Sale and Altrincham Messenger newspaper. 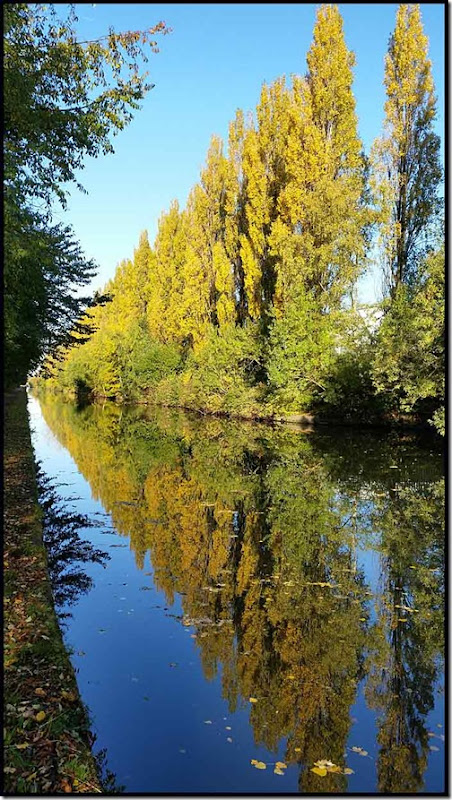 Beyond the Barton Swing Bridge, with Grey Wagtails flitting over the canal, and a Sparrowhawk ‘fast flapping’ ahead of us, we proceeded through Eccles to join the Loopline, at which point Sue returned to Sale for some attention to her painful Achilles. 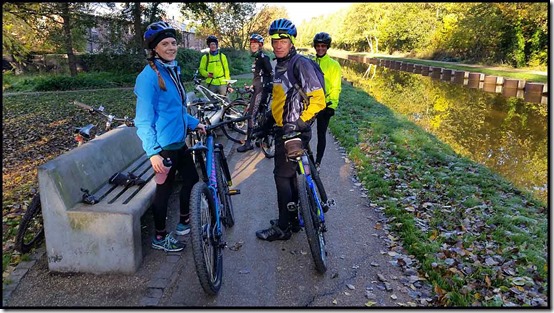 The rest of us continued through Roe Green towards the Busway at Ellenbrook. 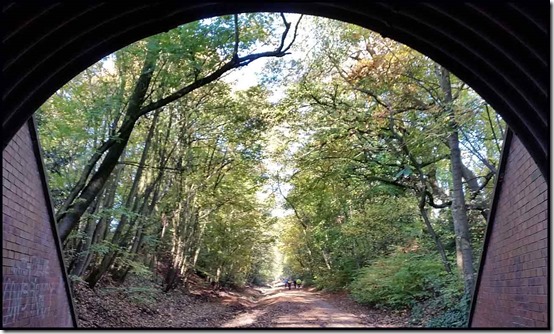 At the centre of Leigh the canal is re-joined. The Bridgewater Canal was opened in 1761 to transport coal from Worsley to Manchester. In 1795 an extension to Leigh was opened, and by then an extension from Water’s Meet to Runcorn had been built. The Leigh extension was later linked to the Leeds and Liverpool Canal by way of a branch of that canal from Wigan. These days the canals join seamlessly, the picture below of a renovated warehouse being situated on the Leeds and Liverpool Canal. 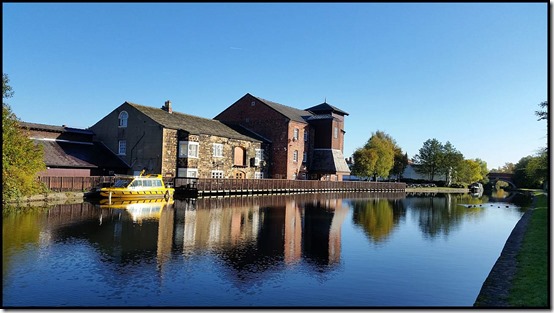 Pennington Flash is right next to the canal. It used to be the home of a couple of farms, but mining subsidence led to flooding and these were abandoned in the early 1900s. The present country park and bird reserve was opened in 1981. Some 230 different bird species have been observed here.

We paused for drinks and sustenance from our bags, as the nearby mobile kiosk got a thumbs down for its greasy chip menu. 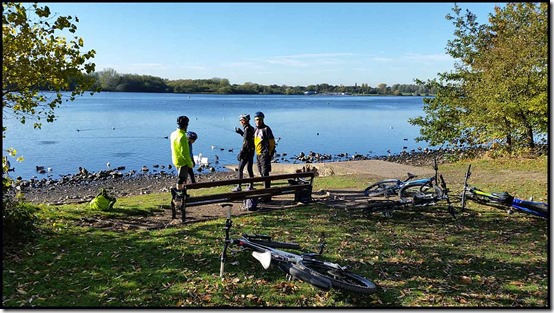 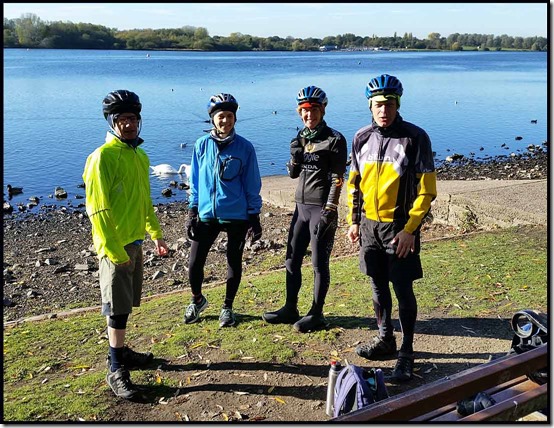 After the same 9 km of roads as last week, we dropped down to the Sankey Valley and its disused canal. 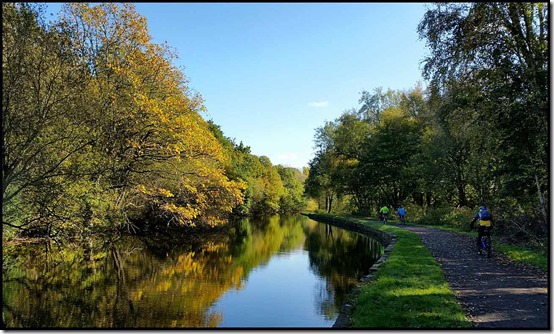 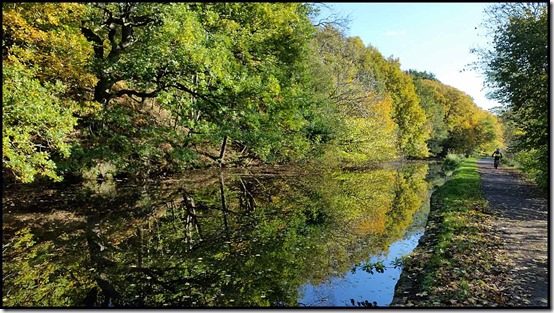 The disused canal runs parallel to Sankey Brook, which no doubt fed into the canal, which actually pre-dates the Bridgewater Canal, having opened in 1757. 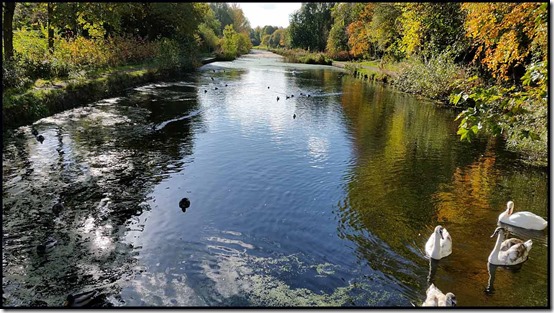 This whole area is rich in industrial history and the subject of many books. Our route headed down the Sankey valley to join the Trans Pennine Trail (TPT) to the west of Warrington.

After a break at the memorial forest, we eventually arrived in Stockton Heath, where Paul and Jeanette knew of a café. I think it was called LD24. Anyway, a short diversion to the centre of Stockton Heath soon found it, and that was indeed a worthwhile diversion.

Back on the TPT, we went under this bridge, one of many bridges of a particular type to be found crossing the Manchester Ship Canal. 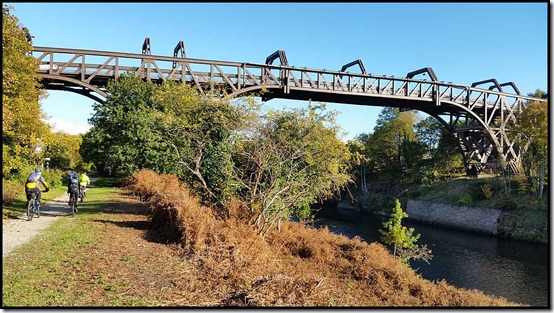 After that we returned home via the TPT to the Bay Malton, where we went our separate ways, mine being back home along the canal towpath. 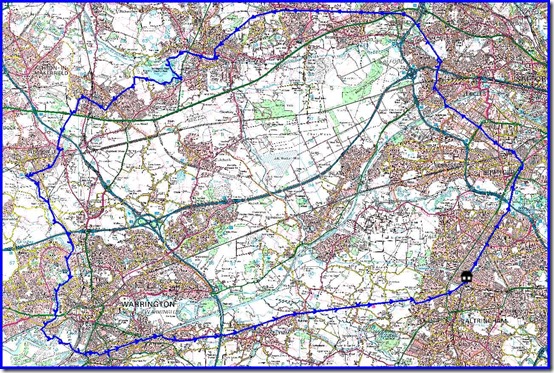 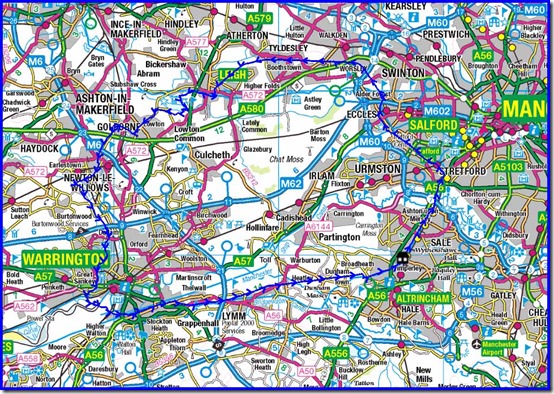 What a lovely morning.

I think Sue is right about the photo.

Thanks Alan
You couldn't really go wrong in those conditions. I actually prefer the header picture with Laura on her bike admiring the scene.

I know what you mean but Laura has got her eyes closed. Taking a power nap.