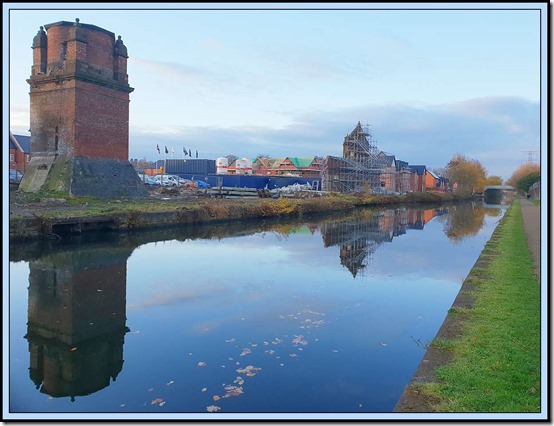 With apologies from Richard, who was a bit tired after a fell race yesterday, it was just Paul and Jeanette who joined me for this morning’s bike ride. The Phoenix Park circuit hadn’t been visited since August, partly because I knew that sections of the Bridgewater Canal towpath would be a bit muddy.

The picture of the Linotype Works, above, is simply for the record, showing the current progress with redevelopment of the site in Altrincham.

The meeting point for this route is Seamons Moss Bridge, which looks smart after having been repaired – apart from a bit of graffiti. 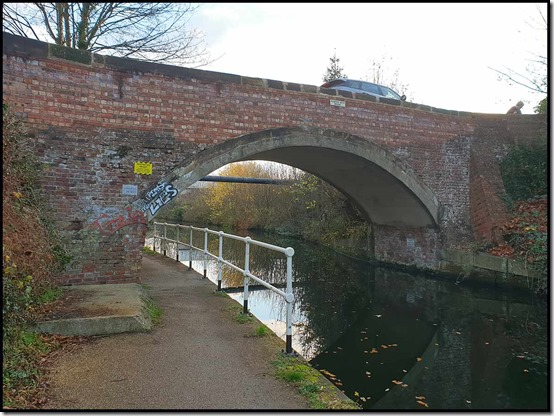 It’s a pleasant enough place to wait. The recently renewed towpath continues for a few hundred metres before it gives way to mud. 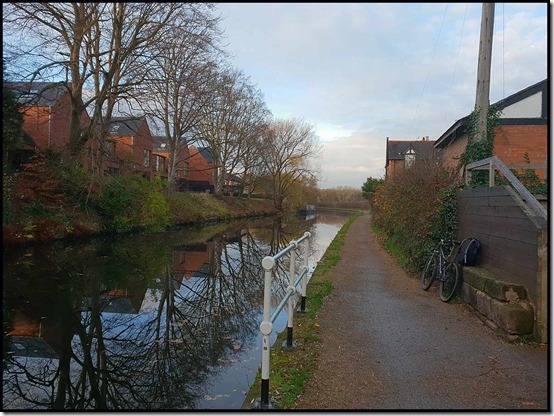 Paul and Jeanette arrived on time and we went to the end of the renewed towpath before turning right through woodland full of leaf litter to reach the Trans Pennine Trail (TPT). Between here and Acton Grange Bridge we avoided the towpath, apart from a short section in Lymm, by following the following route (enumerated here for future reference purposes):

We were making good time, so we paused here for a coffee/tea and cake break. 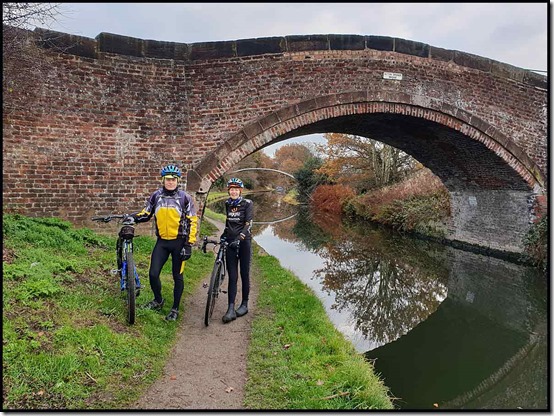 The towpath is well surfaced for the next 4 km of this route, to Red Brow Lane. We passed through Moore, where swans and ducks congregate in masses at a particular spot. They are here every time we go by. Just before this we encountered a lady enjoying a coffee on a bench. She pointed to the village shop and told Paul that he could get a pie there if he wanted. “But you have to phone ahead if you want a hot one.” 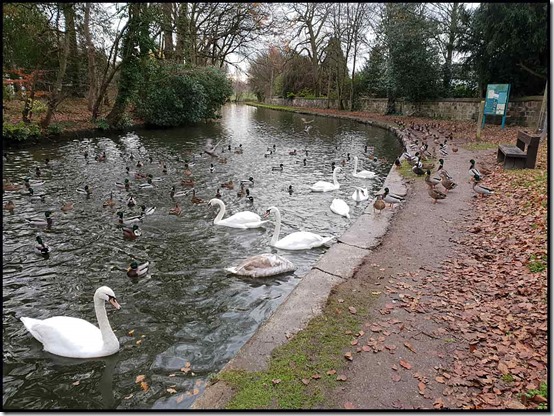 The towpath continues past Daresbury and its Science Park, part of which is just visible in the next picture. 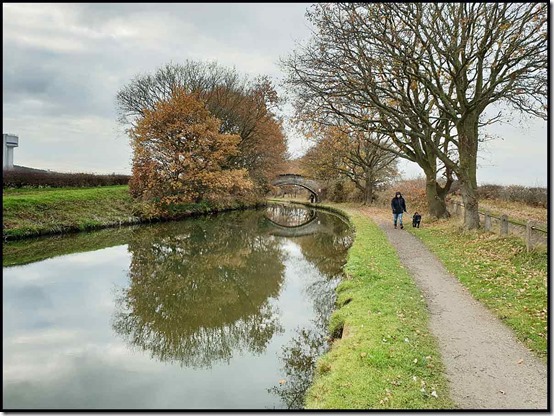 We left the towpath and followed our usual route to Phoenix Park, and onwards to Norton Priory, timing our arrival perfectly for the 11 am opening time of the café. The coffee and cakes here are really excellent, and we were told that they would be happy to serve us any time after 9 o’clock. So the later than usual (9 am instead of 8.30am) start wasn’t really necessary. 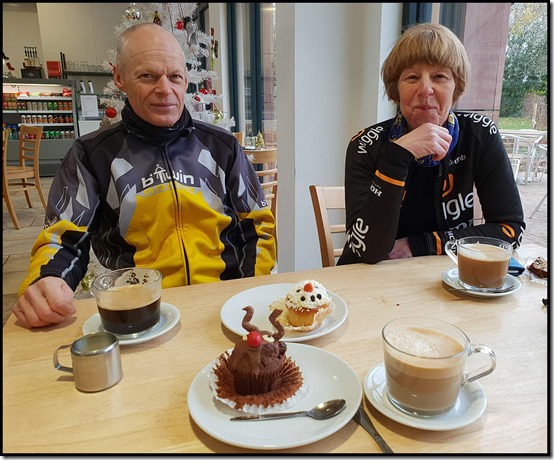 We then managed to keep roads to a minimum to reach the TPT near Morley Common. By now my bike had developed a slow puncture, slowing me down and causing me to stop a couple of times to re-inflate the recalcitrant tyre.

But the sun came out and the old railway line near Dunham looked very pretty in the bright light. 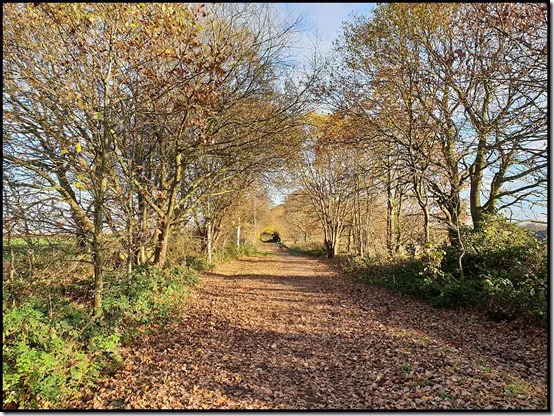 Back at Seamons Moss Bridge, where the TPT car park was full of commuter vehicles (just like our road), our ways parted and I followed the TPT past Altrincham Recycling Centre to get home. This took some time, as my tyre exploded and I’m not very good at replacing inner tubes on the back wheel of a bike with disc brakes. And the replacement tube seems defective, so I foresee a long session with inner tubes tomorrow.

Anyway, it was a lovely ride, in good company, and the ‘winterised’ route was a success, with the lanes that replaced the muddy towpath sections proving to be satisfactorily clear of traffic. 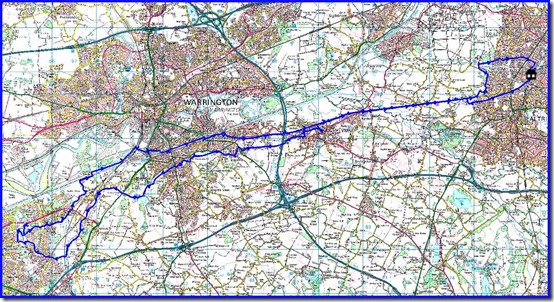 No ride next week, unless P & J arrange one, as I’ll be away.

With all the advances in technology and design over the last few years one would have thought bike gurus could have made that rear wheel puncture choer easier?

Maybe newer bikes are easier to work with, Conrad, although what might take me half an hour would take a regular cyclist just a couple of minutes. It's a shame that Paul and Jeanette (regular cyclists) had just disappeared off home.