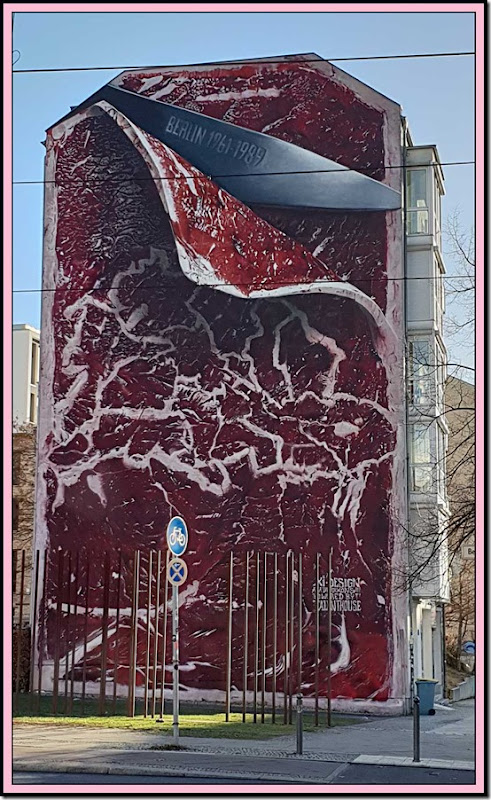 There’s lots of graffiti in Berlin, not generally up to the high standard set by Valparaiso, but some of it is quite artistic and much of it is on the bits of wall that have been left as a monument. Many messages are conveyed through the different artists responsible for the graffiti. However, the picture above, painted on a new (post wall) building just behind the posts that mark the position of the wall – they are in the foreground – is a most evocative portrayal of the manner in which the wall cut through the meat of Berlin between 1961 and 1989.

The graffiti below simply brightens up a dull concrete block of flats. 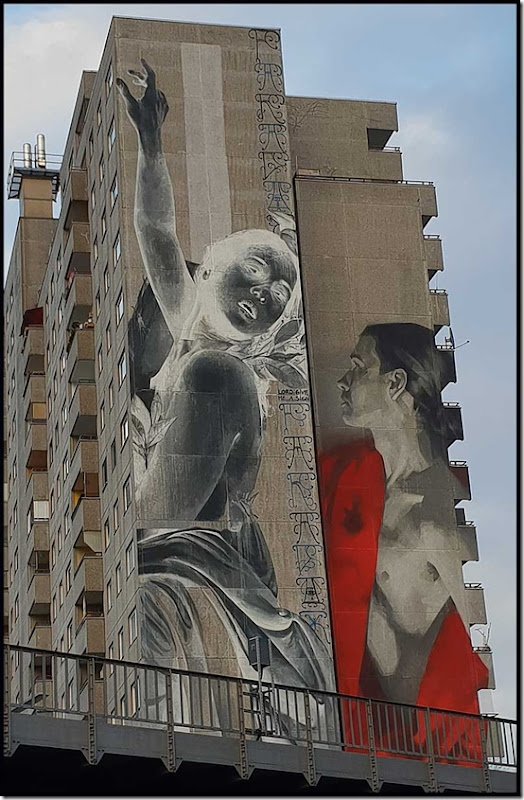