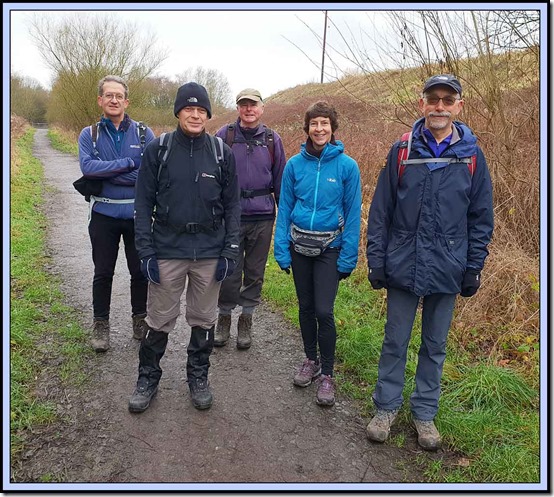 Another Friday morning stroll in good company, not far from home. Excellent.

We parked at Moore Nature Reserve (SJ 578 855). I was expecting to have to walk down the lane past the Du Pont works, but there’s a very good path (actually a choice of paths) through the Nature Reserve. This is an area of 186 acres, sandwiched between the River Mersey and the Manchester Ship Canal. It became a nature reserve in 1991, after a history of being used for farming and sand quarrying.

We spent a while in a bird hide beside Birchwood Pool. The birch was very much in evidence, but apart from some common varieties, the ducks remained distant and unidentified. 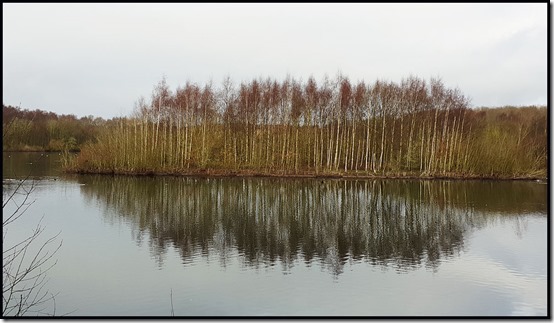 After a while we joined the track that is part of our ‘Phoenix Park’ bike ride circuit. It joins the Trans Pennine Trail and runs beside the river for a while, clearly tidal at this point. 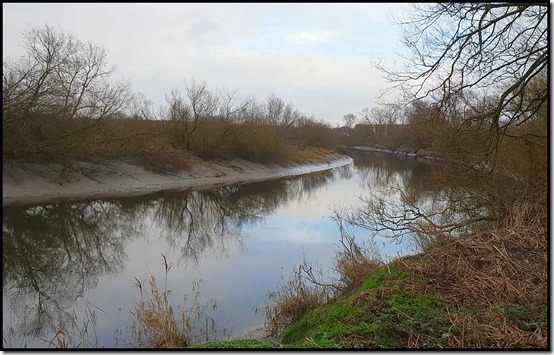 We left the river, the remains of the Runcorn to Latchford Canal, and the TPT, and crossed the Ship Canal into Walton. From the bridge, new buildings in Wilderspool tower over the canal. 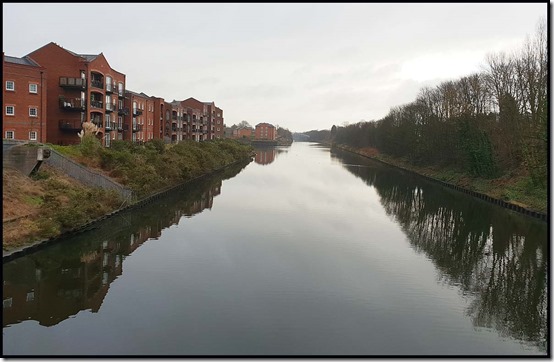 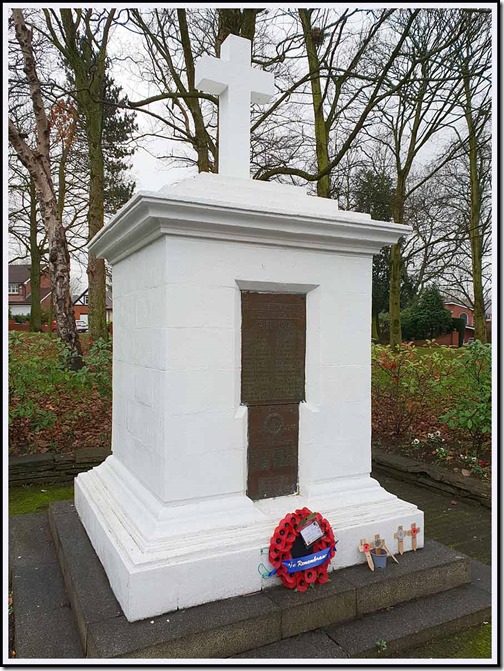 We moved on after Rick had made some observations about his WW1 project involving the nearby cemetery. We also mourned the passing of popular TV presenter Dianne Oxberry. The ‘B’ word gained expressions of disgust directed at certain politicians. Luckily, this is not a ‘rant’ blog.

After a short plod along the A56 we reached the canal down a steep bank. 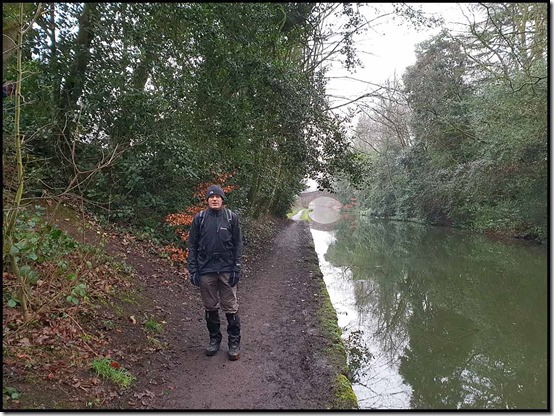 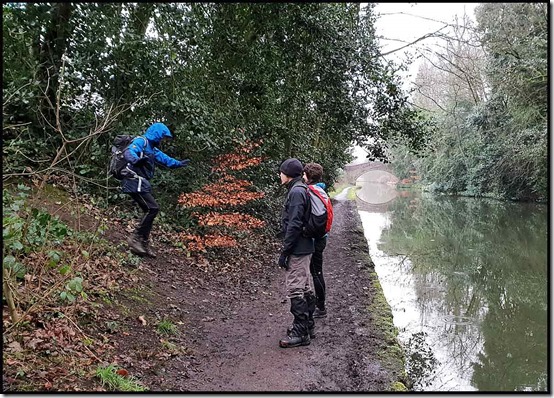 The towpath (past the attractions of Walton Park, that include a bicycle museum) provided our route to Moore, where the newsagent sells hot pies and the following picture shows a vintage Austin A35, a Morris Minor, and a dredger looking for old bicycles. Beyond that, some of a dozen swans and a multitude of ducks are visible under the bridge where we left the canal. 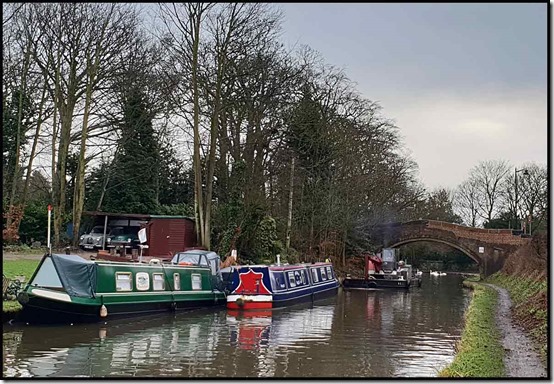 Pleasant paths led back over a swing bridge to the nature reserve. 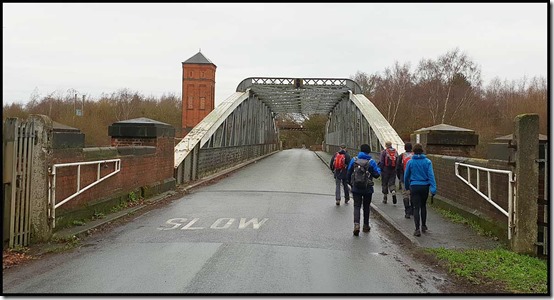 The bittern was pictured walking on ice… 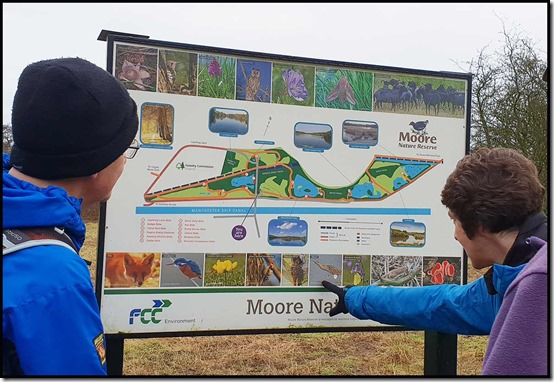 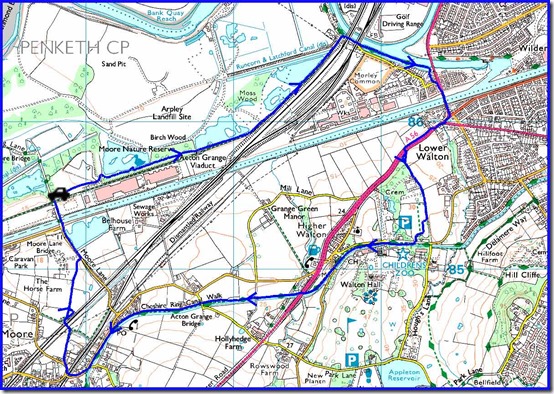 If any of those present would like to add to this rather brief entry, please send me your text.

Cary: “How can you forget the cake?” Oops, yes indeed, we had a tea and cake stop on the towpath near Walton. Very good cake it was as well. Thanks to Sue for that, and to cake guru Cary for spotting this serious omission. (The tea was dreadfully weak due to Sue’s tea bag economies.)