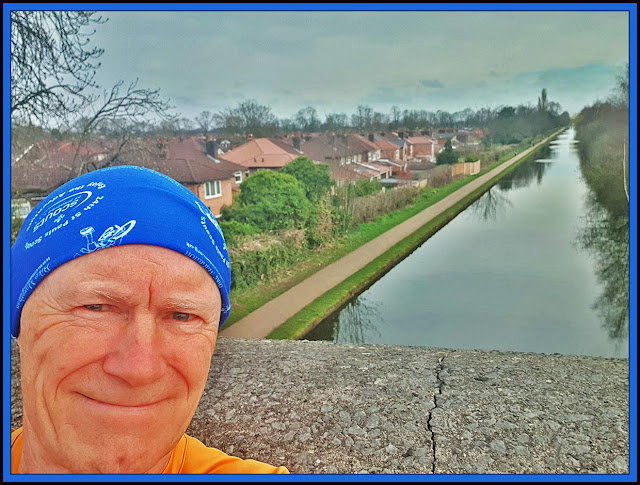 Today, parkrunners all over the world have been trying to resolve what to do at 9.00 am on Saturday morning. The Facebook and youtube channels provide some ideas, and there's a youtube video hosted by Vassos Alexander (here). There's also a quiz. We scored 5/15. Room for improvement.
I counted 47 runners as I set off at 9 am and went along a 6.7 km route, after which the queue for the coffees was rather more amenable than the supermarket queues I've had to brave recently. Most of the 47 were on the busy towpath, which I joined after 5 km in 26.36. I'm happy with that. 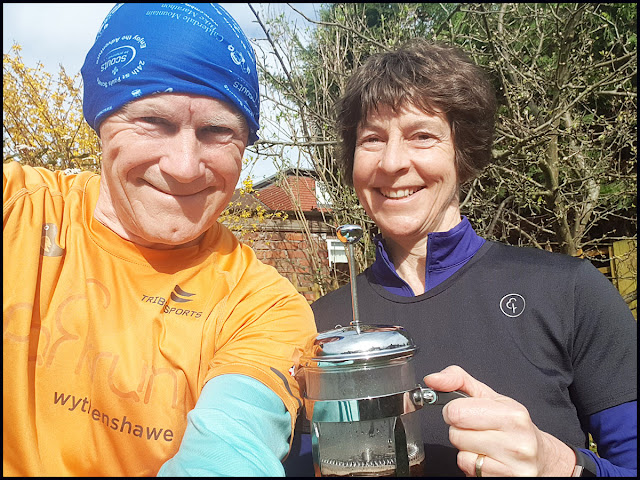 Here's my route, taken anti-clockwise, starting near Timperley Bridge, where I took the top selfie. You might need to click on the image to see it properly. Sue went for a walk up and down the towpath as she is injured for running at present. Neither of us saw any of our 'parkrun regulars', but we are in touch with some of them through a WhatsApp group. 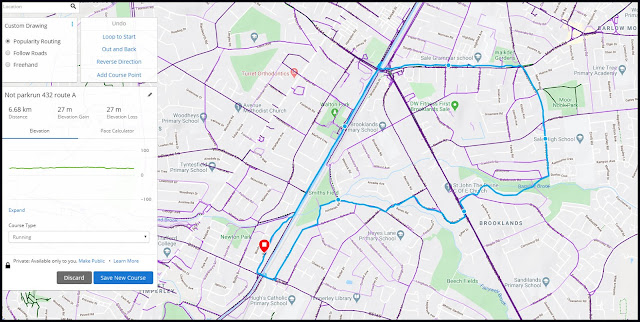 Martha (encountered on her bike yesterday) and I were due to do our 250th parkruns together on 18 April, with lots of cake in attendance. That seems a distant memory of a plan now, especially as we don't have enough flour (and the shop shelves are bare) to make any cake. Unhappy days, but at least Sue and I have an income, unlike millions of others..
Posted by Phreerunner at 12:21