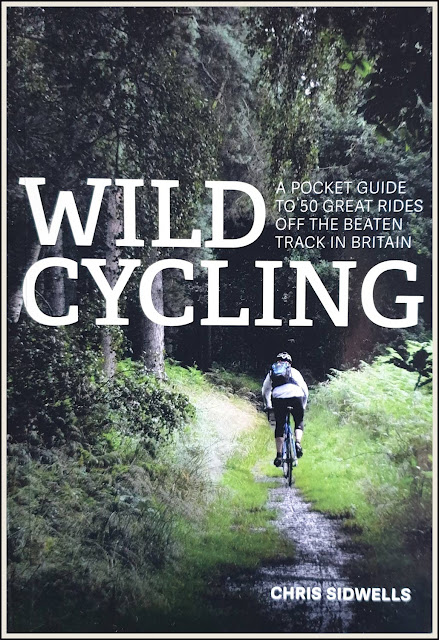 I have a small library of some twenty or so Mountain Biking books. Here are the latest three.
Firstly, 'Wild Cycling' is exactly what it says on the cover - a guide to 50 great rides off the beaten track in Britain. Five of them are in the North West, with a further seventeen in the North and Midlands, so that's over 20, plus a few in Wales, that can easily be ridden on a day out from Timperley.
The routes are mainly between 20 and 40 km in length (some are shorter) so these can be regarded as leisurely half day rides. Just the thing. I'm raring to go.
And there are other worthy guides in the above-mentioned library.
Next, I've been (sort of) planning LEJOG by Mountain Bike for a while now. 'The Great North Trail' book recently published by Cycling UK has come to my aid here, with a good route from the Peak District to either Cape Wrath or John O'Groats. I still have to work out a route from Lands End to the Peak District, and I have a note of a route devised by a couple of lads in the early 2000s to use as a template, though my daily distance will be about half of what those fit individuals managed.
I'll be taking my time. April 2020 would have provided perfect conditions... 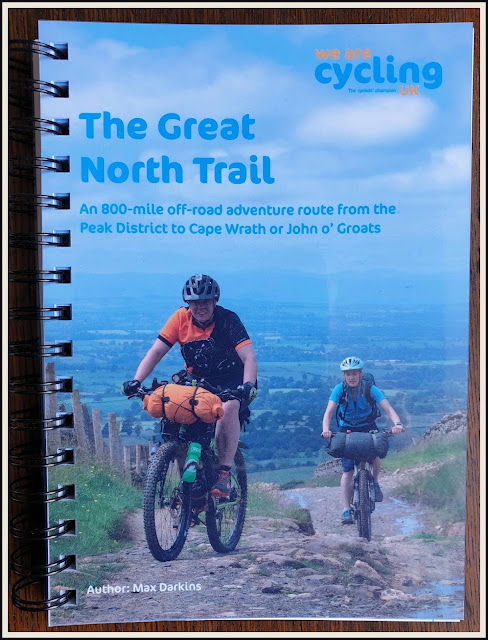 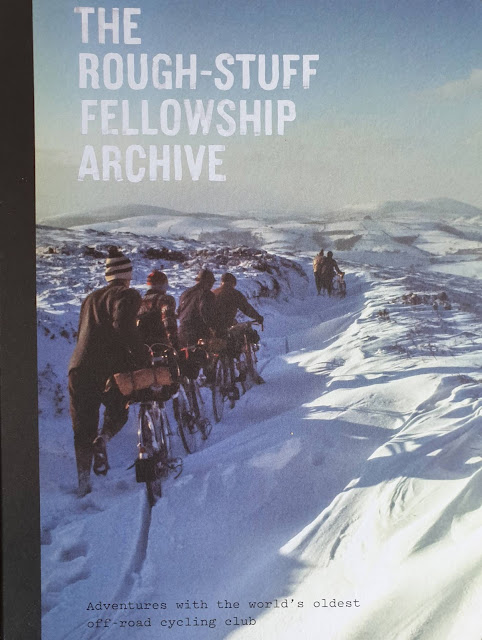 This book is a photographic celebration of the activities of a fellowship of cyclists who love to wander off the beaten track. The photos that have been compiled from several archives that mainly pre-date the days of bespoke mountain bikes.
I was never a member of the fellowship, but I did work with Frank Brierley, who I think was Treasurer for a while, and who features briefly in this book. I shall write to him later. He sourced a bike for me from someone in the club who had become too elderly to use it. It served me well on an off road adventure across the Pyrenees, but 3rd and 4th gears failed early on, leaving me with a 'two speed' Sturmey Archer machine. That was fine, but when I took it to my local bike shop in Withington when I got back, they said it wasn't worth repairing, so it was scrapped. Frank was aghast when he found out, as apparently the bike had a classic frame and would probably still be going today had I not made the terrible mistake of scrapping it. I feel eternally guilty. Sorry, Frank.
The off-road pioneers got to places that many modern state of the art mountain bikes might shy away from. For example, this ridge track past the Faulhorn to Grosse Scheidegg in Switzerland, in 1980. Some readers (Nick, Ruaridh, Dave, for example) may recall that 1980 was a particularly snowy summer in the Alps! 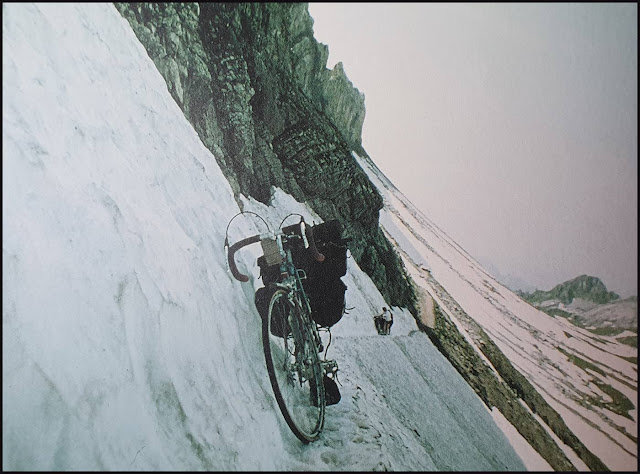 This magnificent volume provides just a snapshot of life in the Rough-Stuff Fellowship, including the Journal that relates the story of their 1958 Iceland Expedition. There's another person, Mike, who might occasionally visit these pages, who might even remember supplying equipment for the venture, which I'm pleased to note was successful. 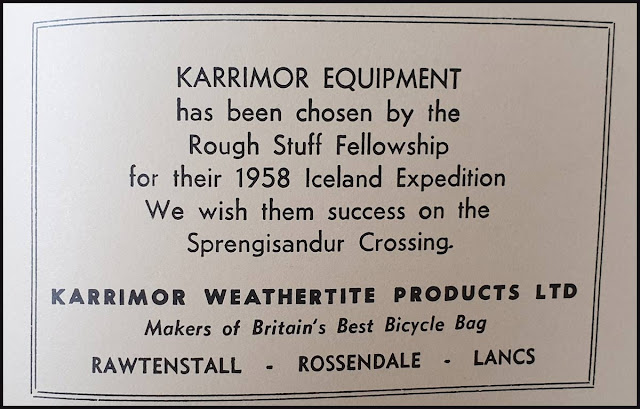 The book is quite 'rough and ready' as a coffee table item, but I love it and keep picking it up to browse both the pictures and the Journal.
Here's Amazon's preview:
Founded in 1955, the Rough-Stuff Fellowship is the world's oldest off-road cycling club. Its archive contains thousands of stunning images, hand-drawn maps and documents - an unexpected treasure trove of incredible value and beauty that is now being brought to a wider public by Isola Press.
The photos are evocative of a bygone age and a bygone style - a time when you might set off on a bike ride wearing a shirt and tie or a bobble hat, and no ride was complete without a stop to brew up some tea and smoke a pipe.
They are also a record of intrepid adventures. RSF riders explored the Lake District, the Cairngorms, the Alps and further afield, and their exploits were beautifully documented by amateur and professional photographers.
In their own very British way, these men and women were pioneers, pedalling and carrying their bikes where angels feared to tread. Mountain bikes, gravel bikes, adventure bikes all owe them a debt. This book celebrates their style and their spirit. It is a stunning visual resource of cycling heritage that will inspire new adventures.

I was a Rough Stuff member for a period in the late 50's, early 60's.
Our Sunday club rides often included some hill crossings, we thought of this as 'normal'.
However we did change to heavier tyres and 16 gauge spoked wheels for winter.
Will try to see if I have any pictures in my paper archive; I have a clear visual recall of having seen some pictures of bike panniers all in a huge heap , before the Iceland departure.
When mtn biking arrived I sort of shrugged it off saying been there done all that until I tried a mountain bike, which changed everything.
Mike Parsons Formerly Karrimor.

Thanks Mike - I thought this may be of interest. I suspect that if I'd been a few years older, or known a member (Frank came later), I would have joined RSF. I've never enjoyed road biking, and like you I just shrugged when mountain bikes arrived - until I bought the Shogun Trailbreaker that recently enjoyed its 30th birthday.