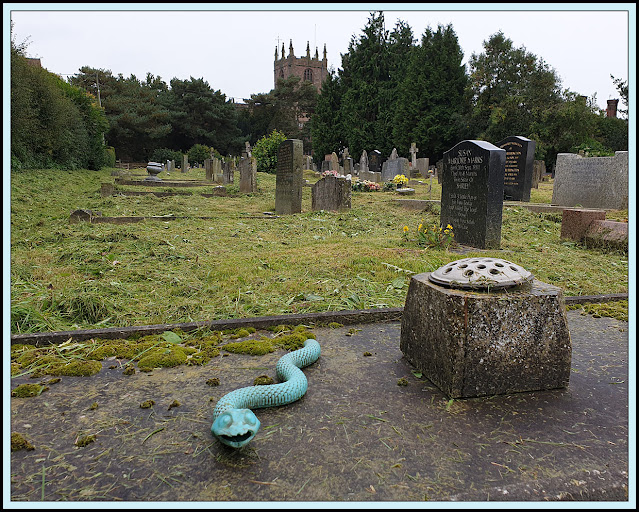 Three old codgers, Me, Paul and Graeme, assembled outside Bunbury church for this Friday morning stroll in overcast but fine conditions. Just as well it was dry, as I had my pen out to scribble all over route number 9 in Jen Darling's 'Walks in West Cheshire and Wirral' book. There are a few minor changes since the latest update in 2007, mainly relating to stiles - the old wooden stiles have been replaced in places such as the River Gowy crossing below, with metal kissing gates.

We had set off through the large, freshly mown, cemetery, past a curious turquoise snake where one would expect to see flowers. There must be a story behind that! 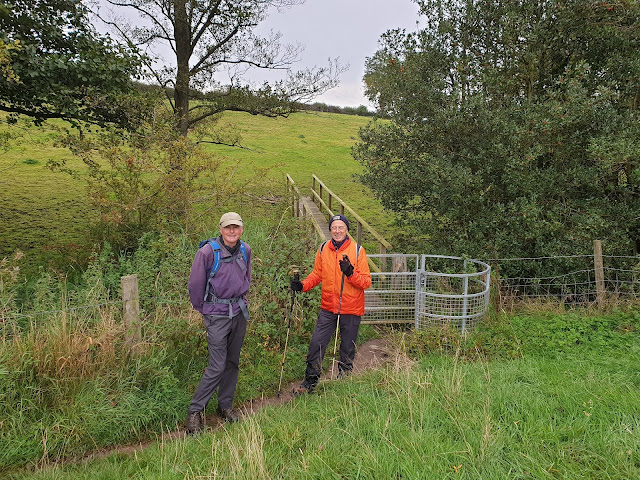 After a while we reached Yew Tree House, up for sale and in a dilapidated state. Its proximity to the A49 main road might deter buyers. 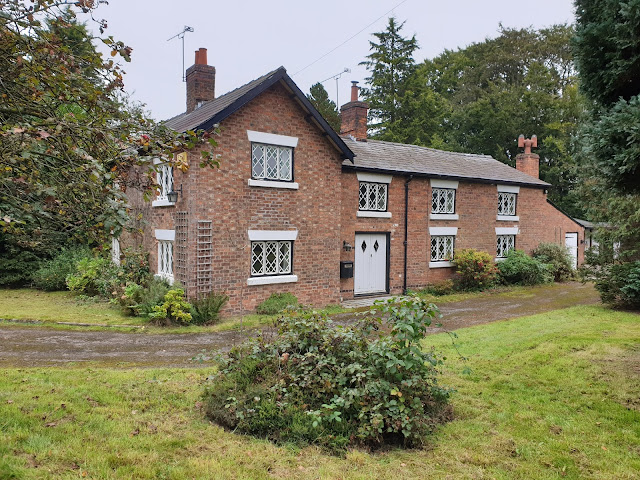 Beeston Gate Farm is altogether a different proposition. Through a high fence we could see a fine, well maintained property enhanced by gables and honeycomb windows. The route we took went past the farm and continued in the same direction all the way to a track to Deanbank Cottages. Here, there are signs encouraging walkers to follow the waymarks and noting that the Public Right of Way has been re-aligned to conform with the Definitive Map.
From the field path beyond the farm, Beeston Castle came into view ahead of us. 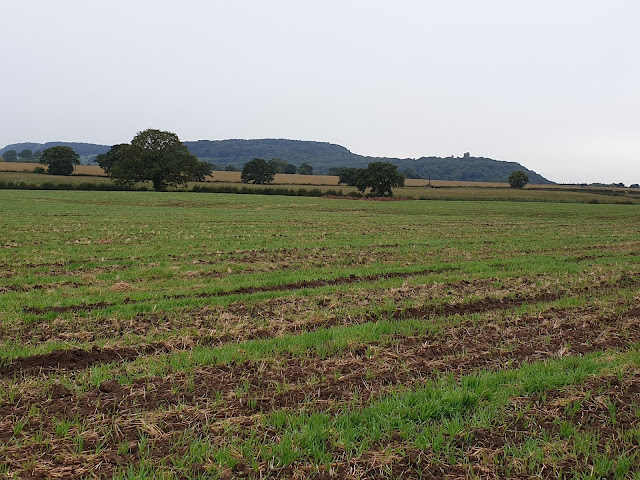 After crossing Dean Bank (a lane), we headed some way down the driveway serving Beeston Hall Farm. The driveway is graced by a border of magnificent trees. 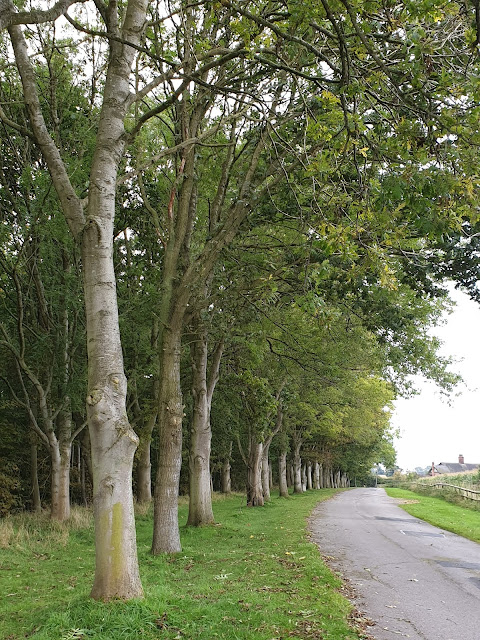 A narrow path led down from the driveway to skirt a field of sweetcorn before entering a desolate area that used to be the environs of a thriving cattle market. That market has closed and there are signs requiring a footpath diversion, the route of which was completely overgrown. So we continued on through the desolation. I suspect the large area pictured below behind the fence might soon be transformed into a whole new village. The market looked closed for good, but a retail shop nearby still tries to sell all things agricultural. 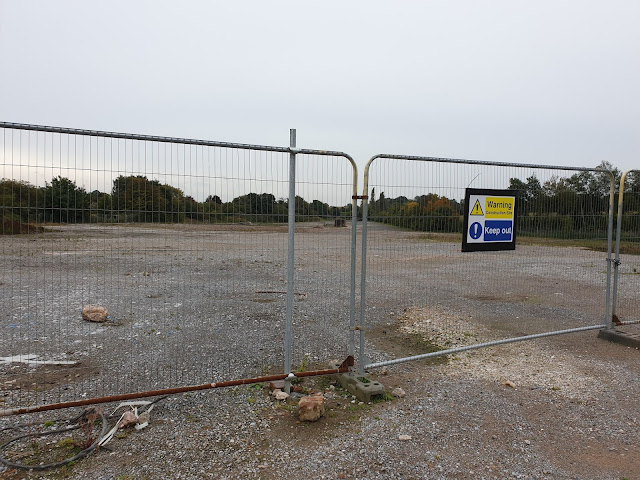 We turned left for a few yards along the A49, passing the Lockgate Cafe, where Graeme's research assured us that bacon butties would be available. At this point it was too early for that, so a few yards further on we joined the canal towpath, bringing a halt to any navigation issues for well over an hour.

Beeston Iron Lock was accompanied by some picnic tables, just out of sight in the next picture, that served us well for an elevenses and cake break.
This section of the Shropshire Union Canal was completed in 1779, but the sandy nature of its surroundings caused the banks to cave in, and in 1787 the original lock collapsed. By 1813 there were new owners and new engineers (Thomas's Denton and Telford). The bottom lock was constructed of iron plate, the next lock was still of stone, and the canal was re-aligned and finally re-opened in 1828. 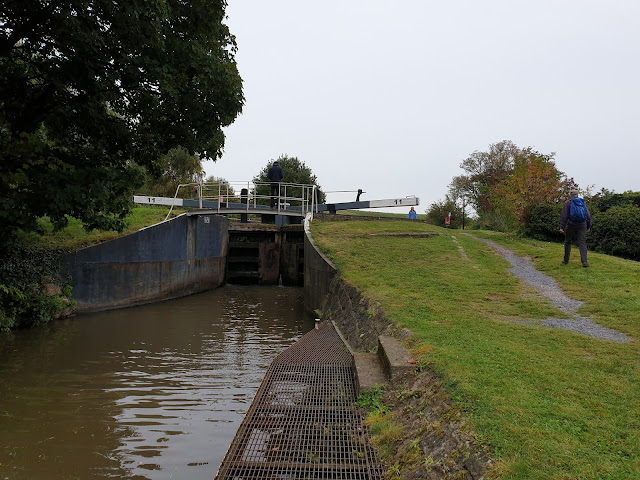 Beeston Stone Lock was soon reached, next to which stands a curious circular building. 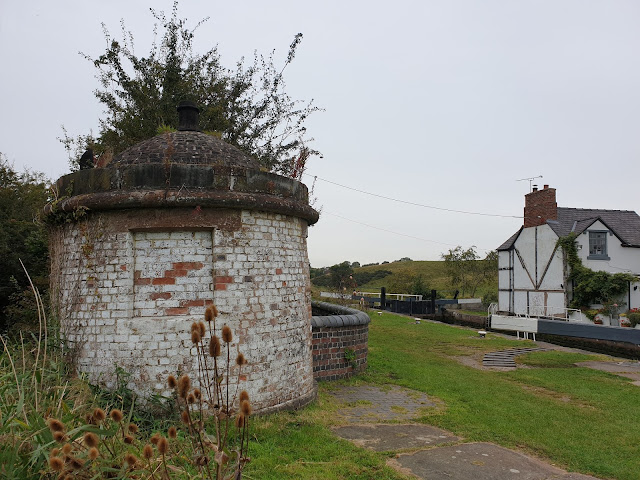 Shortly before we got to Tilston Lock, we passed a house which had a mooring for its very own barge. 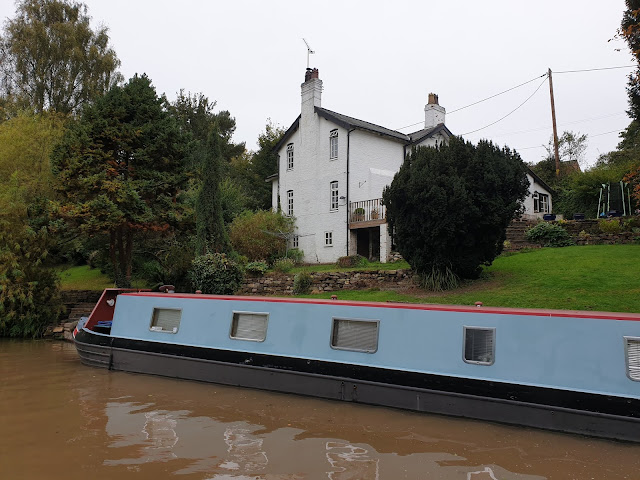 Here's Tilston Lock. The water in the canal was very muddy today. 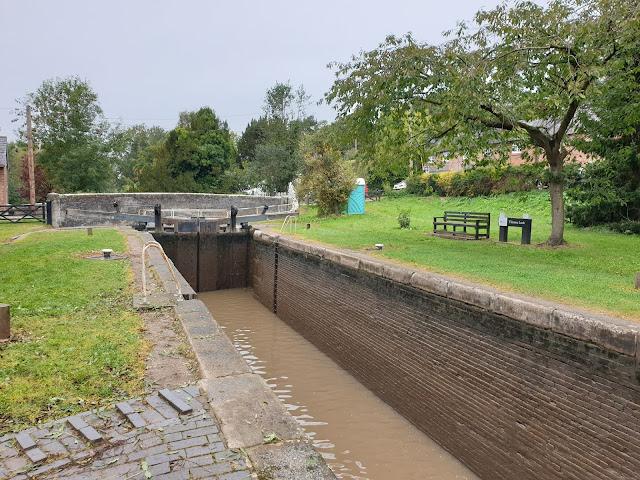 There was another circular building. These buildings provided short term shelter for maintenance men and lock keepers, and storage of equipment out of the rain. 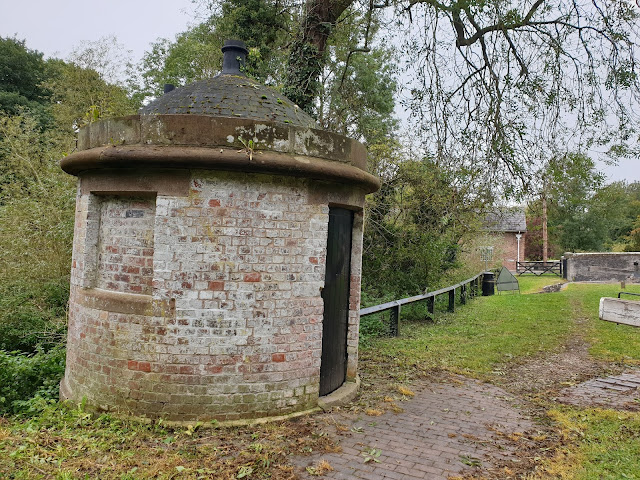 We marched on towards Bunbury Locks. 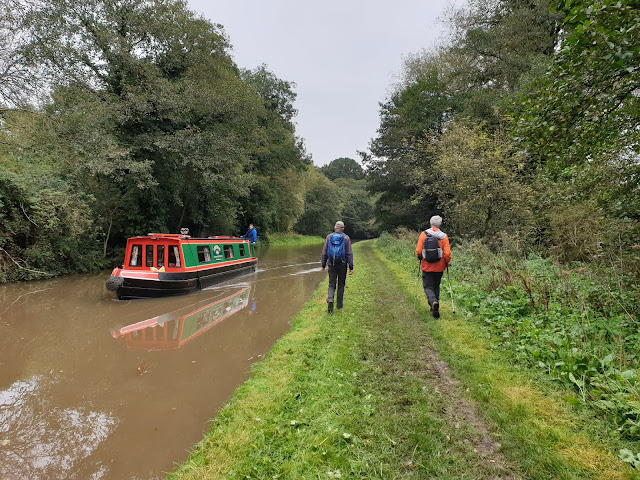 There are various facilities and a car park at Bunbury staircase locks, where the height difference of the canal is considerably more than usual. 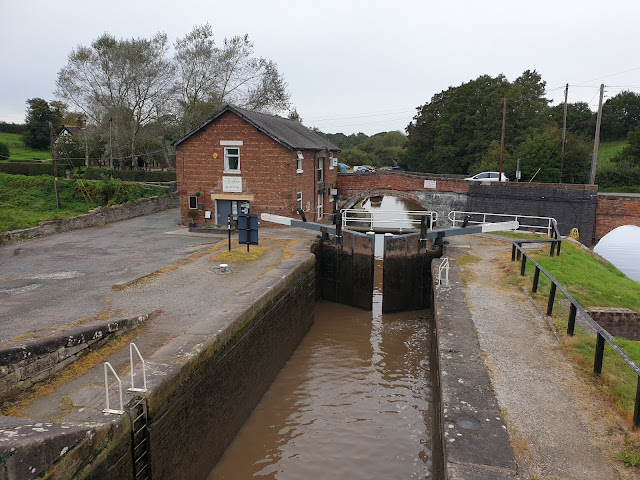 There's also a stable block with 20 bays and 7 doorways, each of the 7 stalls having its own chimney. Here, horses would change over, with fresh horses pulling the fast 'fly-boats' to factories in the Midlands within 24 hours of setting off on their 80 mile journey from the Mersey estuary. 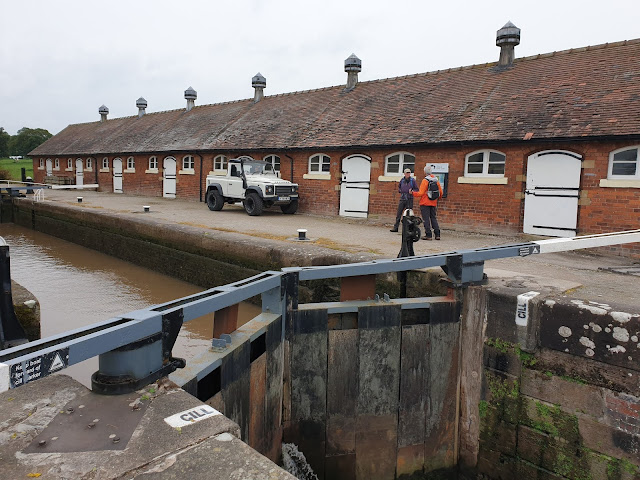 We left the towpath shortly before the next bridge, at post number 48H, taking field paths to Bird's Lane. Walking along the lane, after passing Bird's Lane Farm, Jen's book said we should be able to see Bunbury Church, but it wasn't until a while later that we spotted it, before we reached Bunbury Mill.
The mill is closed due to the Covid pandemic, but in normal times it would be a good place to visit. Apparently there has been a mill here since 1290, with the present building, pictured below, dating from 1850. It operated until it was disabled by a massive flood in 1960. By 1977 it had been restored to working order by United Utilities, and in normal times it's operated on certain days every week. 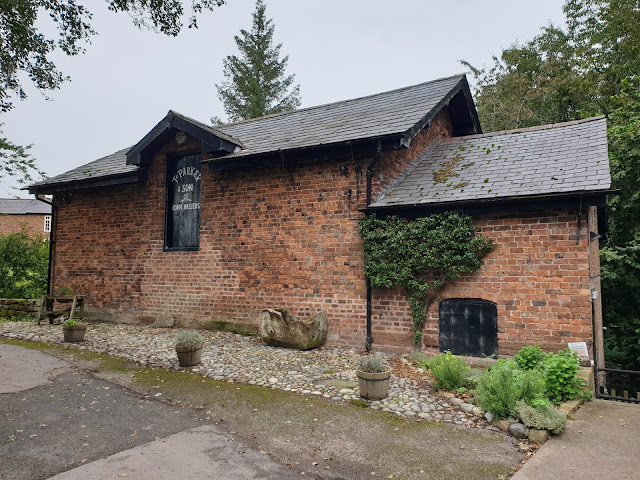 From the mill, it was just a case of hopping over a stile and tootling up a grassy slope to reach the church in Bunbury. St Boniface church seems rather excessive in size for the small village. It's actually one of the great churches of Cheshire, dating from the early 1300's, so I suppose the massive cemetery shouldn't be too much of a surprise.

Here's our route - 11 km with minimal undulations, taking us a leisurely 3+ hours. Click on any of the images to get a better picture or a slideshow.

Afterwards we drove in convoy to the Lockgate Cafe, but were defeated by Covid regulations and denied the pleasure of bacon butties. Ah well, better safe than sorry.

Next week Sue will have the car, so I'll be walking from home (9.55) via Timperley Bridge (10.00) and Seamons Bridge (by the remains of the Bay Malton) (10.30 to 10.45), to Dunham via the Swan with Two Nicks, and perhaps to the Dunham Barn cafe, returning via Altrincham. All welcome, within reason - let me know in advance.