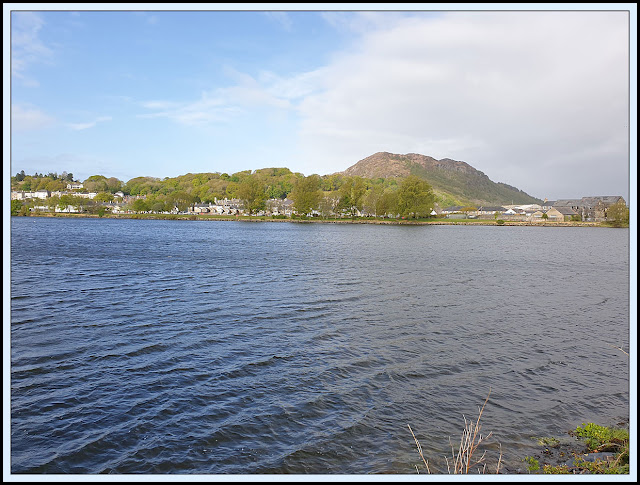 Where better to enjoy a (not)parkrun. I think this is my most scenic (not)parkrun to date, excluding some of the excellent walks we have had.

But this was a genuine run, during which we passed the 5 km mark in 32:42, a respectable time considering it was ten days since my last run, and nearly as long for Sue, and there were a few gates to open and close.

We started from home and ran around the eastern side of Llyn Bach, from where the 262 metre summit of Moel-y-Gest stands out above the town.

Our route headed along good tracks and paths to briefly join the verge of the A498 road on the outskirts of Tremadog. From there, we enjoyed the lovely woodland path that leads to Porthmadog by-pass. 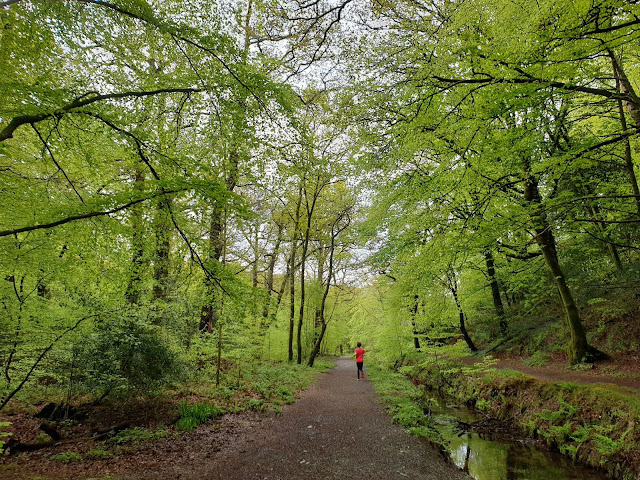 The other side of the road, at the exit from the woods, lies Porthmadog Eisteddfod Stone Circle. This dates from 1987, when Porthmadog hosted the National Eisteddfod of Wales. More paths lead back to Llyn Bach, and the view from the road bridge that takes the eye deep into Snowdonia. You might just identify Cnicht next to the trees on the right. 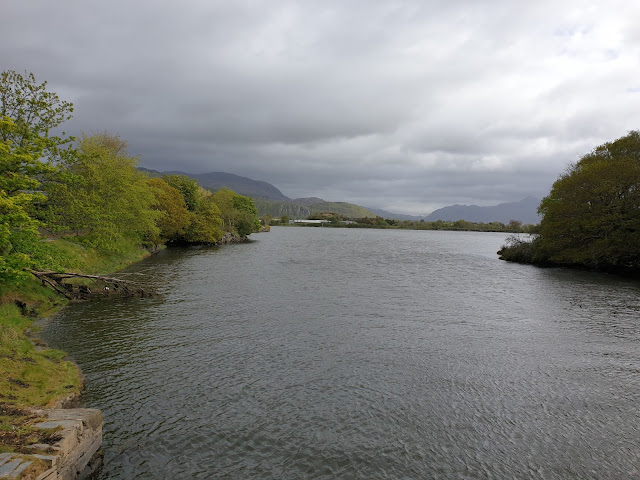 From the other side of the bridge, it's the harbour, with the summit of Moel-y-Gest poking out behind the town in the lower picture. 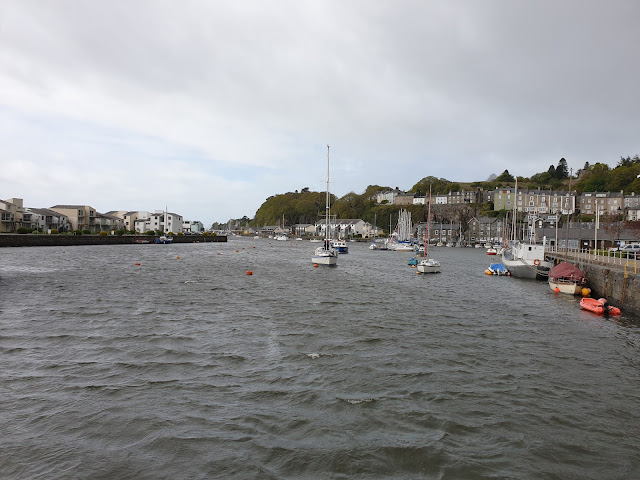 In only a few more strides, we were back at the house, for tea and croissants before packing up, cleaning, and returning to the delights of Timperley.
Here's our (not)parkrun route, which is actually 6 km, and took us just under 40 minutes. As usual, click on the image for a better version. 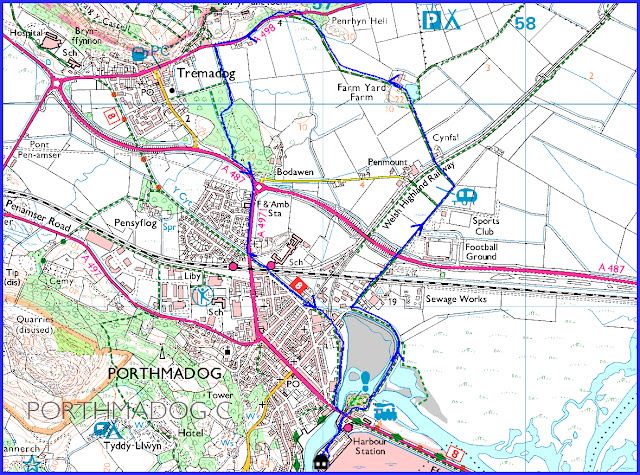