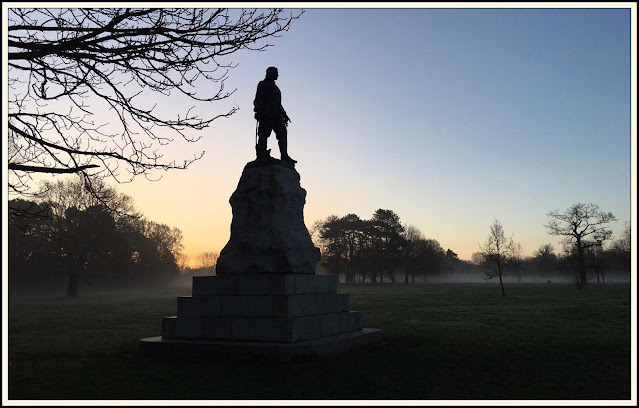 We arrived at the park just as the sun was rising behind Oliver.

Christmas dress was in evidence, with some Lambs pretending to be reindeer, though the usual fairy was dressed in sober red and black this year, and my tree was left at home for logistical reasons involving Sue volunteering at the run then dashing off to ring church bells. 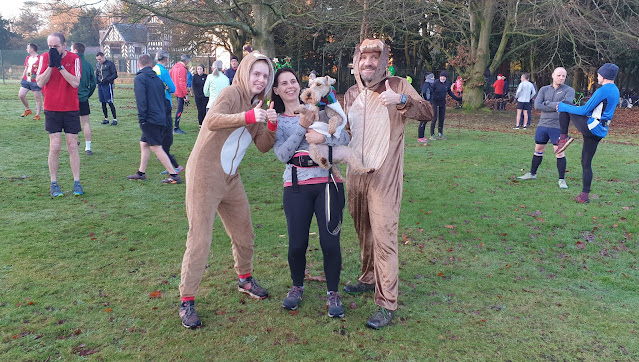 Before the start, Jeanette took some nice pictures of the low mist in the park. Thanks for the use of these, Jeanette. 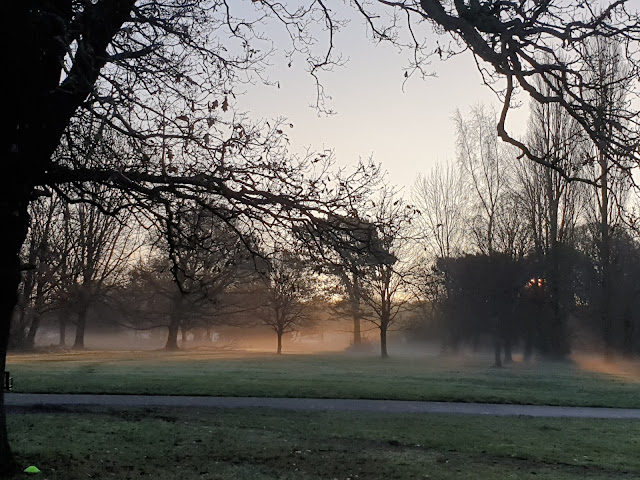 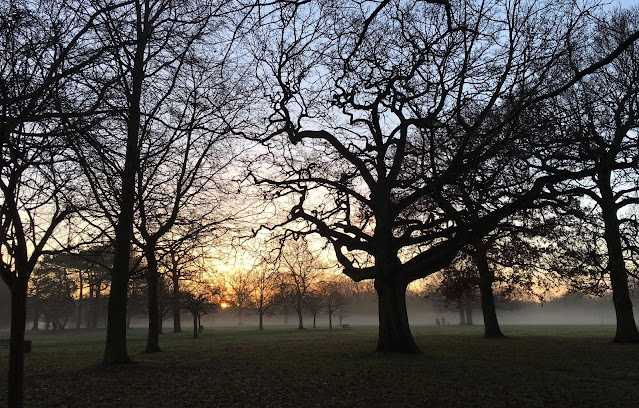 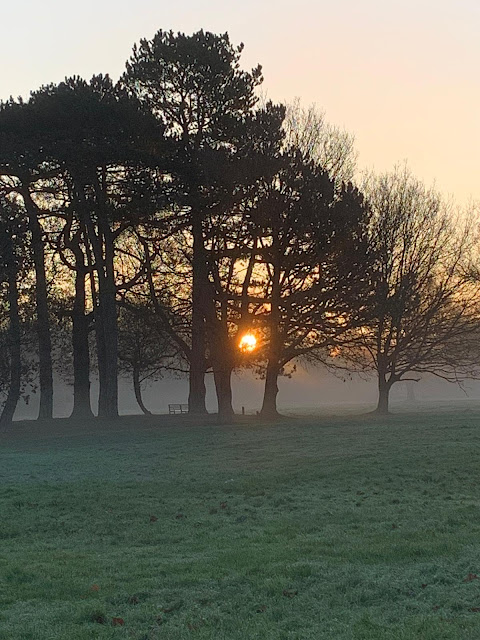 Father Christmas got involved in a race to the start! 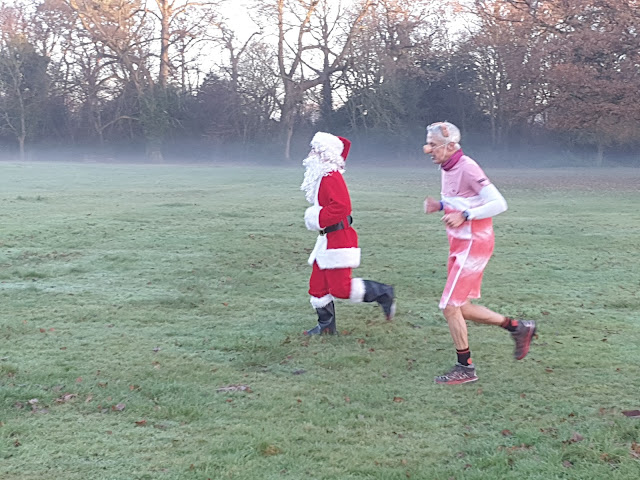 223 folk assembled for Run Director Dan's briefing, then we were off, with no more pictures until the end. 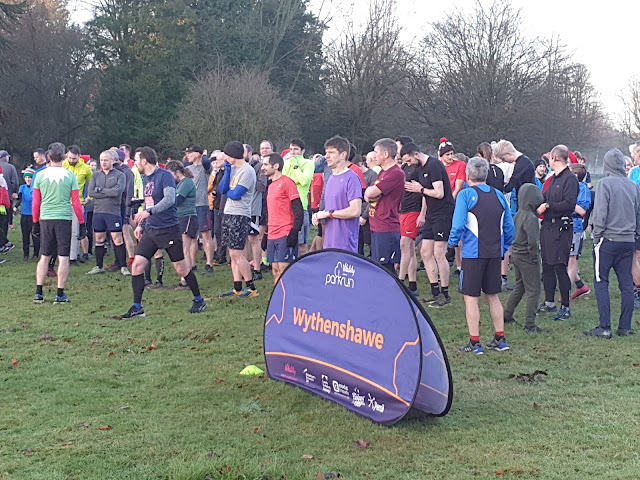 Here's Jeanette at the finish, in a very satisfactory time. Full results are here. 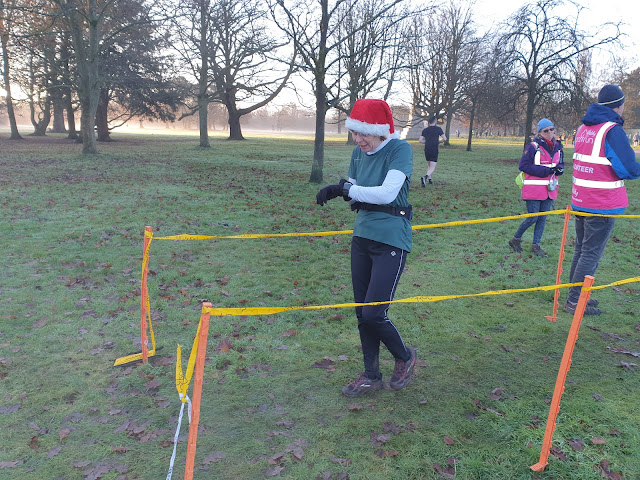 A few of us adjourned to the courtyard cafe, but we are no longer welcomed there, with dogs not allowed, requests for tap water refused, and their attitude capped by a refusal to allow the laptop used to process the results to be plugged in. It's a shame, as they are missing out on lots of business by being so unfriendly.
Posted by Phreerunner at 08:19