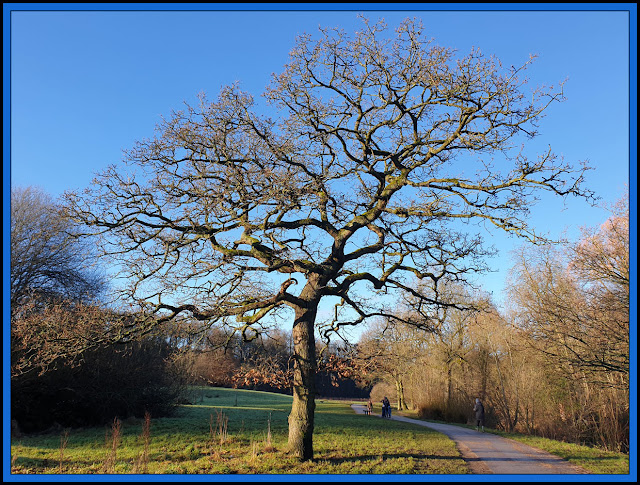 A sunny day but a tight timescale led Sue and me to select the short drive to Wilmslow, where we parked near Black Lake but didn't visit it. Instead, we ambled down to The Carrs, where the above picture was taken, from the Wilmslow parkrun route.

The walk down to Twinnies Bridge passed a rather fancy carved memorial sculpture. 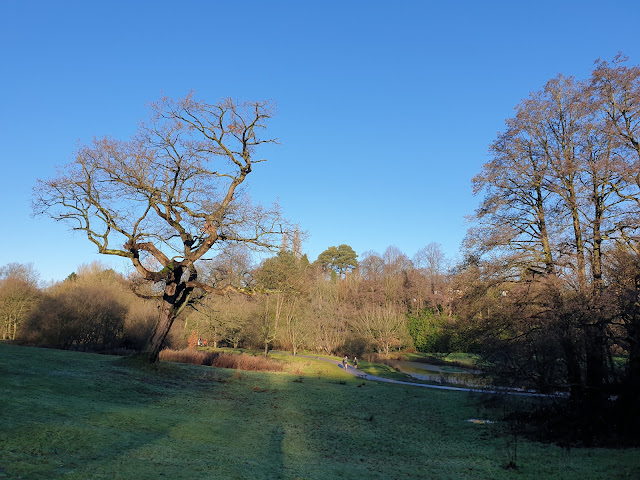 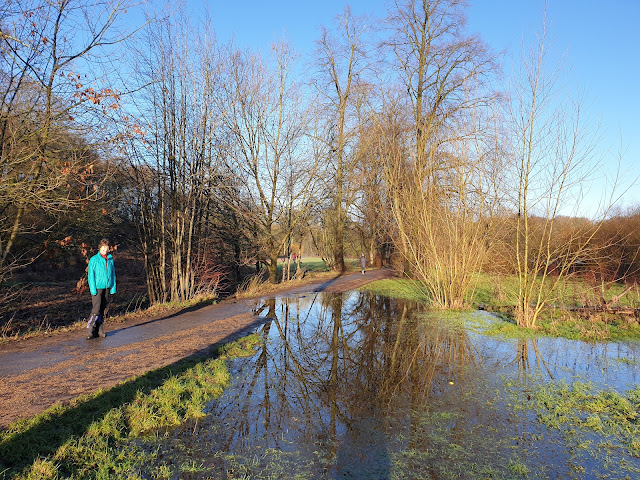 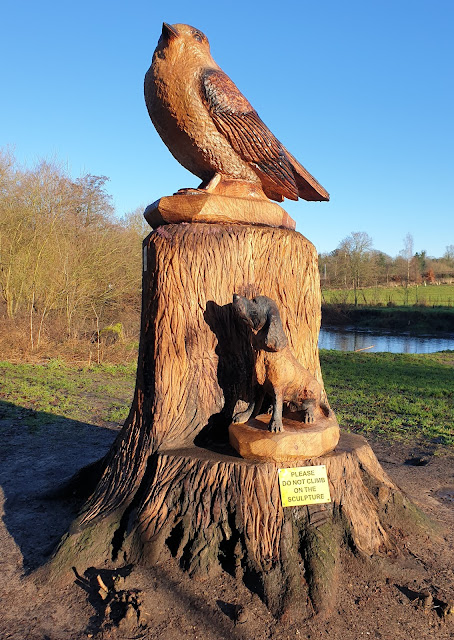 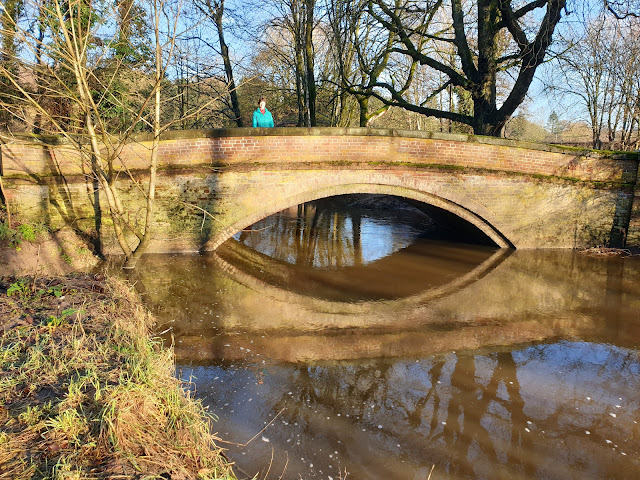 Then we did an anticlockwise loop around Styal Mill, before returning to the car by way of some pleasant, if at times muddy, paths. 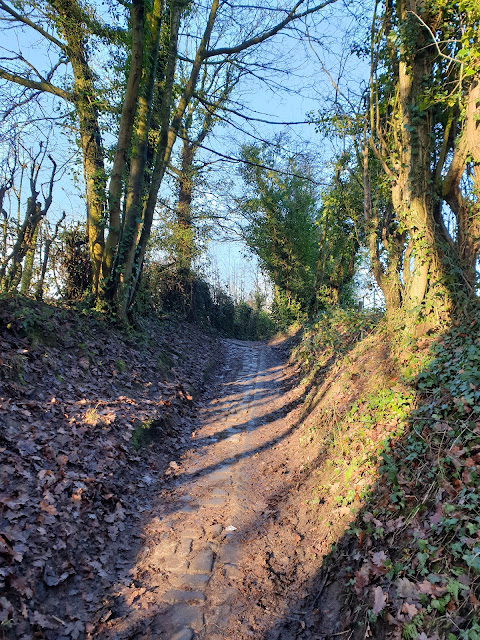 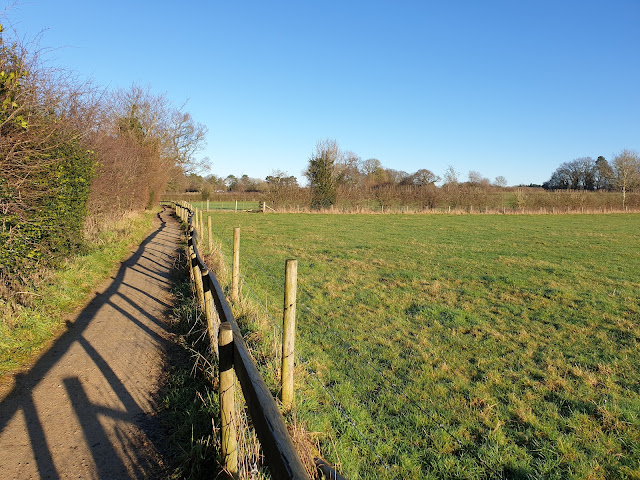 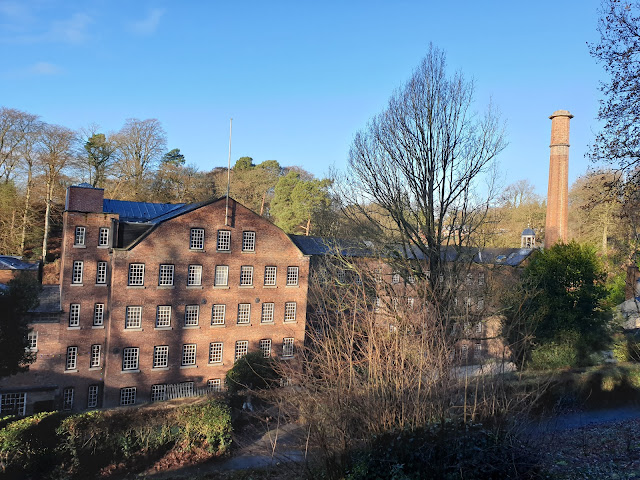 The owner's home, next to the Mill, has now been renovated. 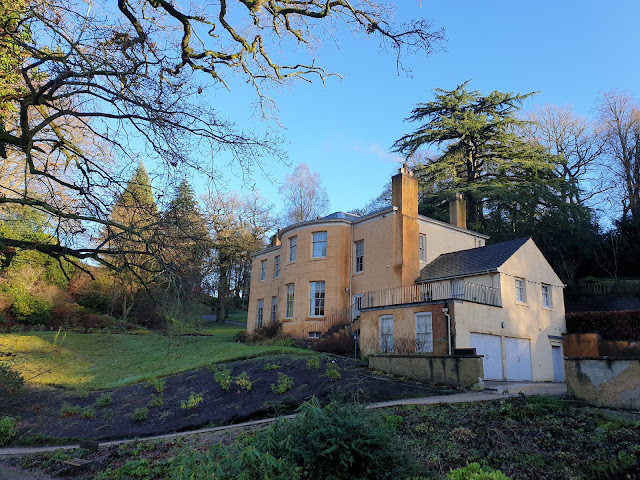 The River Bollin powers the mill, running right next to the building and aided by the usual paraphernalia, with several mill ponds and a weir amongst the woodland of the Bollin valley. 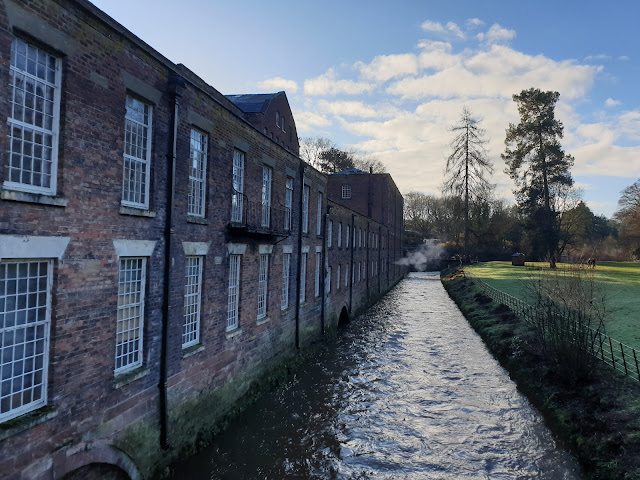 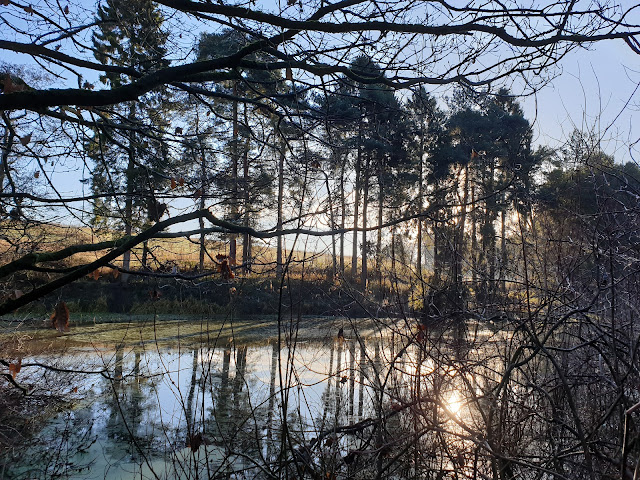 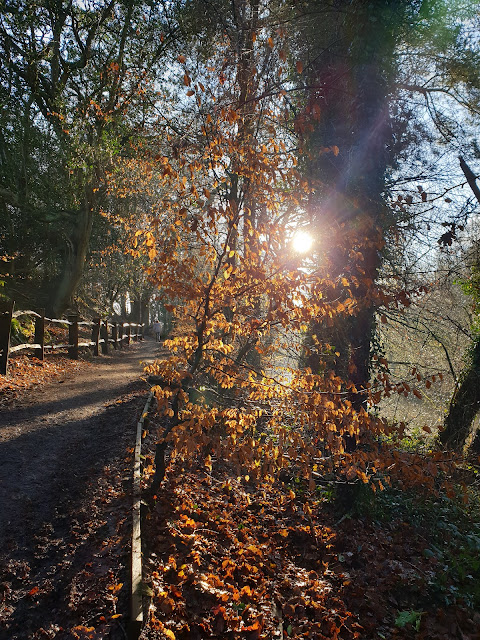 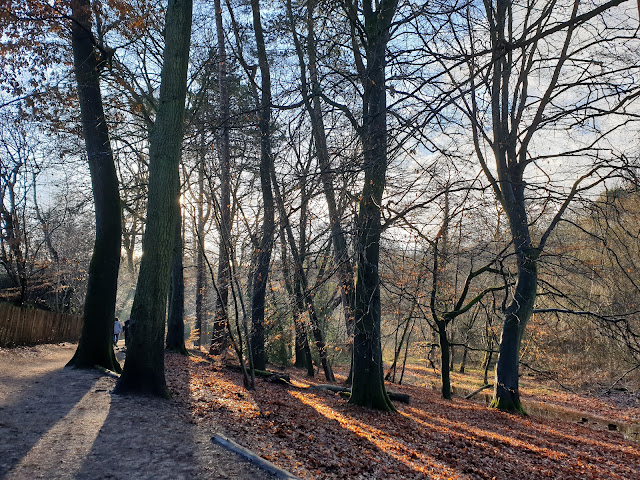 Sue identified a few fungi - this one is apparently called 'Hairy Curtain Crust'. 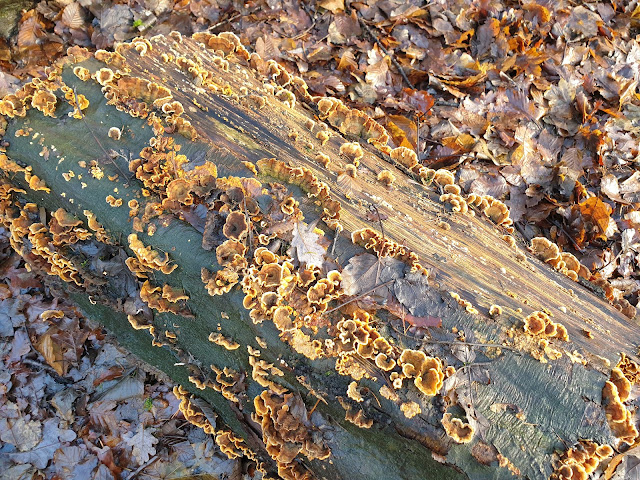 It's inedible. More here.
This was a route we made up as we went along - a pleasant 8.5 km, with 100 metres ascent, taking us well under 2 hours, and followed by a pot of tea with Andrew in nearby Lower Withington. 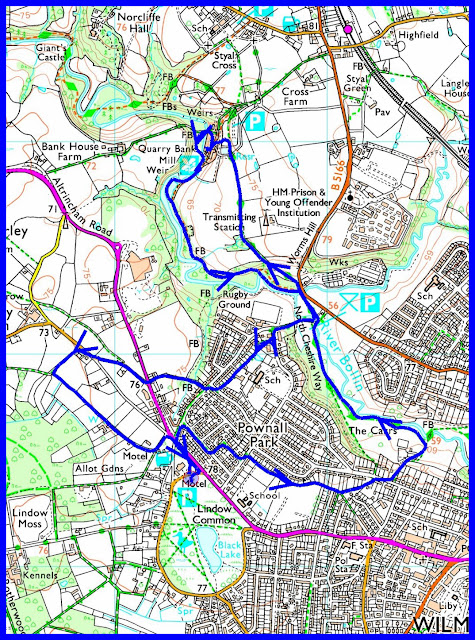 A bright interlude in a rather dull and rainy week.
Posted by Phreerunner at 16:34

I don't remember any sunshine this week.
You are blessed with interesting walks on your doorstep. I really enjoyed walking the Bollin Valley from source to Mersey a few years ago.

'Interesting', but flat! And sunny on Monday morning!