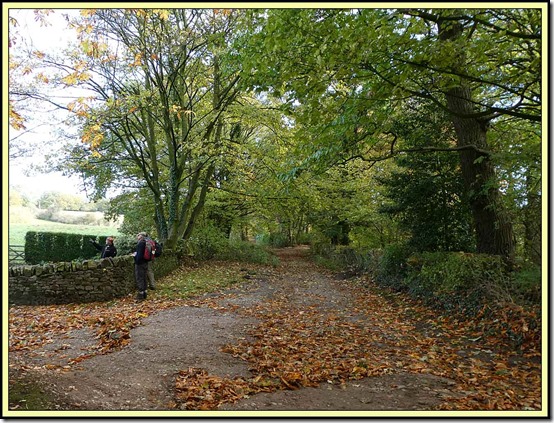 My short Friday morning walks programme continued to enjoy fine autumn weather for this stroll from the National Trust Car Park near the Wizard Tea Room.

Andrew, Bridget and Paul were all waiting for me at 10am. I hadn’t realised how slow the journey from Timperley could be!

These pages have featured Alderley Edge on numerous occasions, so today I chose some paths I may not have walked before, though the others were familiar with some of them.

We started down Bradford Lane, where Andrew encountered the team that tends his garden, pictured above, enjoying perfect weather for their occupation.

Then we turned onto Hocker Lane. admiring the colours and dodging the occasional vehicle. This is a footballer millionaire zone, and Andrew reminded me that it was the site of a high velocity bike ride we undertook in 2004 whilst training for a visit to Annapurna. 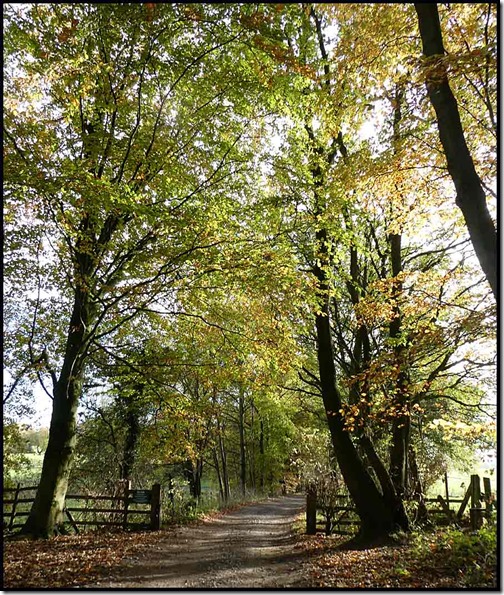 After turning onto Slade Lane, we rose to a point where the Jodrell Bank telescope loomed high on the horizon beyond the sunlit fields. 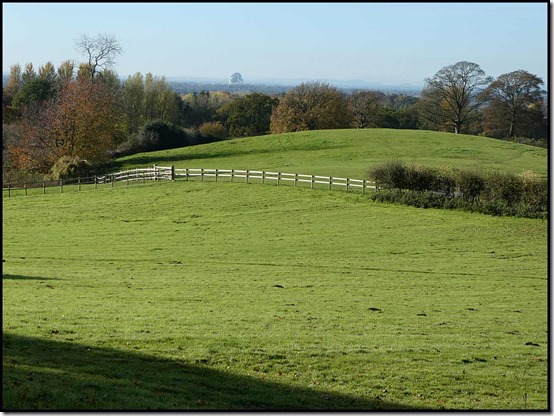 A convenient post in the shadow of Clinton Hill facilitated a team photo. 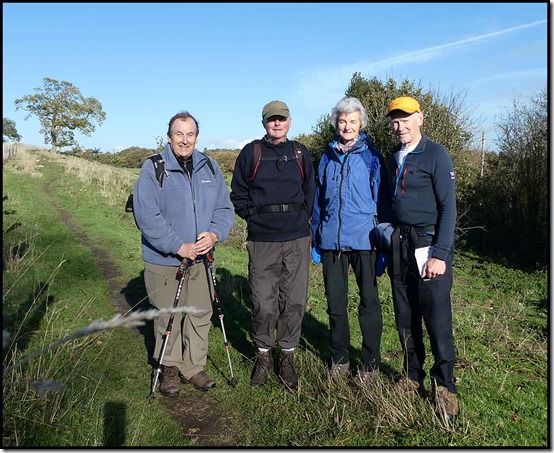 The building at Finlow Hill, presumably once a farm, has been redeveloped. The occupants have nice views. Unlike those observing from the outside of the new building. There was however a convenient bench, occupied only by a single red rose and a pile of bird s**t. Andrew carefully removed the rose and sat in the s**t. Various means of sustenance were produced, principally bananas and tea.

The bench was returned to the state it was in before we arrived (if a little flatter) and we moved on through a rather horsey zone. A giraffe house seems to have been built at the end of a large field. 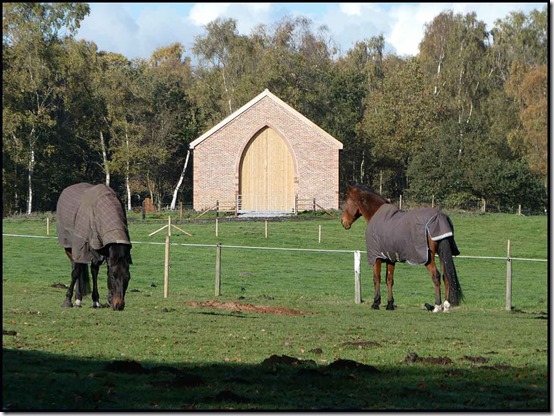 A pleasant path led through Finlow Hill Wood to the busy B5087 road. We crossed that and headed along the path to Edge House Farm, which remains a building site surrounded by an ugly green fence. The site was deserted. Not much seems to have happened since I was last there a few months ago.

From Edge House Farm we briefly followed the North Cheshire Way footpath, before turning left to pass a spring and enter Waterfall Wood, pictured below. A couple of families with children were enjoying a half term romp just here. 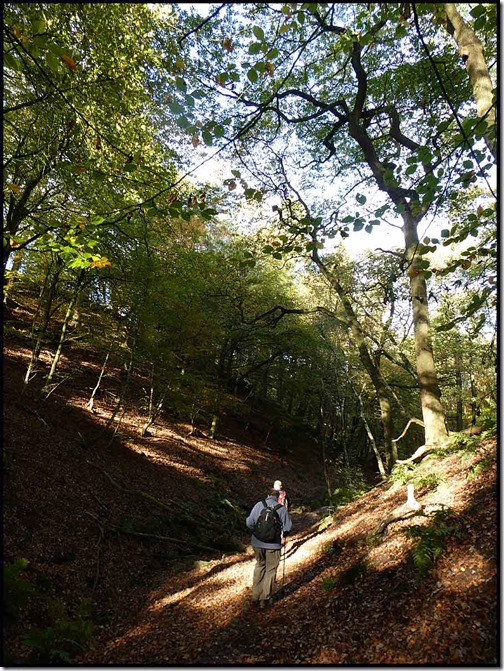 There are many ways of regaining the car park from here. We chose a short route through Dickens Wood. That took us to the busy Wizard Tea Room, en route to which we met some of Bridget’s friends. It was warm enough to enjoy our coffee and cake outside, before heading off after this most pleasant saunter. 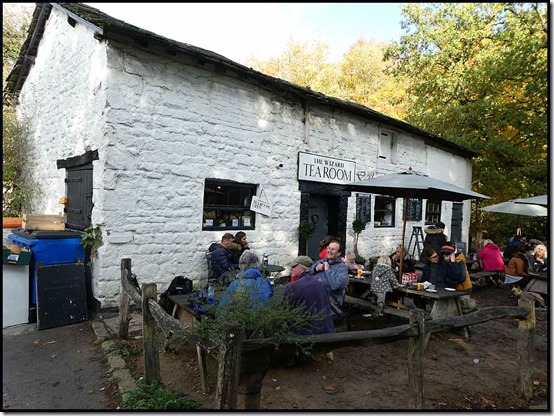 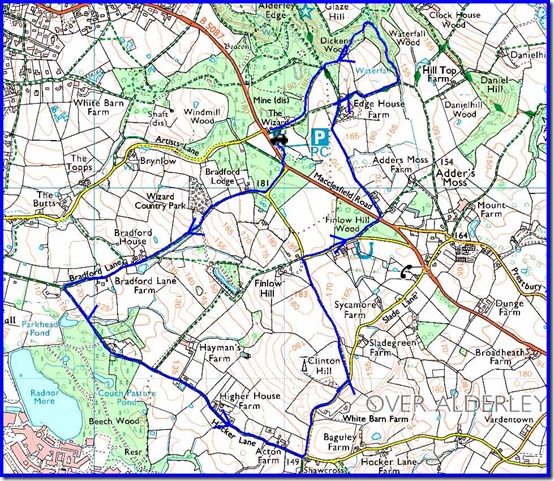 Thanks for coming, everyone. Next week it’s a slightly longer walk from Rostherne: