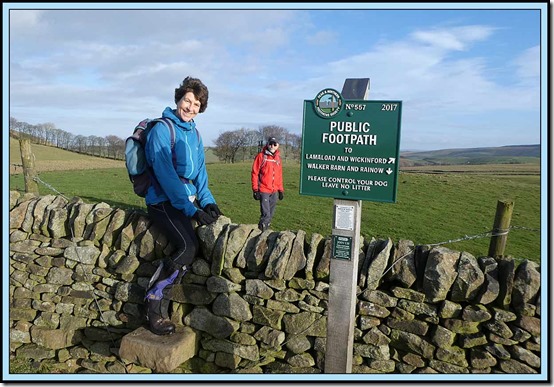 Today’s morning stroll was blessed with bright sunshine after a few indifferent days of weather. Sue and I picked up Rick in Timperley and it was just the three of us who set off some time later from Tegg’s Nose Visitor Centre, which turns out to have mutated into an excellent café.

The walk commenced with a short section of road walking down Buxton Old Road towards Walker Barn. Shutlingsloe and Jodrell Bank were both in clear, if opposing, view. 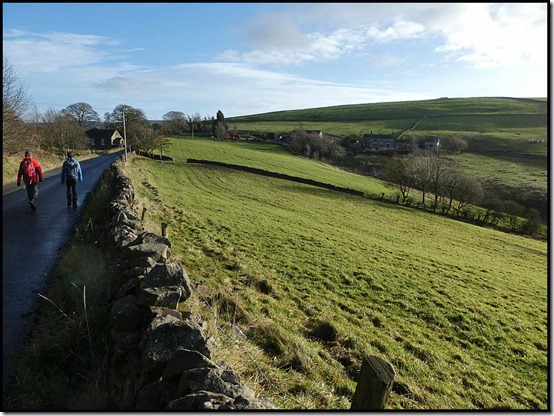 We soon passed a Wesleyan chapel dating from 1863. 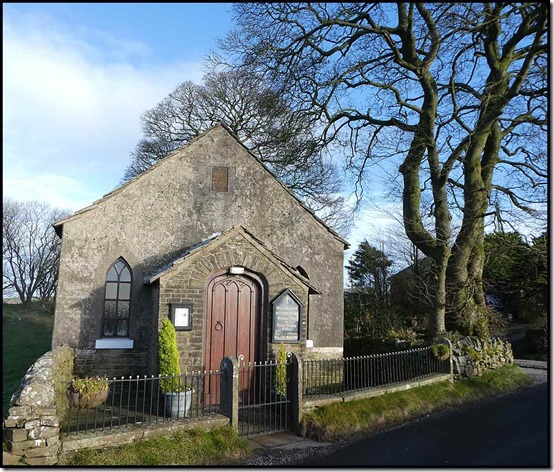 Walker Barn used to have a pub, The Setter Dog, referred to in Jen Darling’s 1990 edition of ‘Pub Walks in Cheshire’, on which today’s amble was based. I think there was also a bike shop here; now all I could see was private houses.

Anyway, after crossing the busy main road to Buxton we headed along footpath number 557 towards Lamaload Reservoir (see top picture).

There were good views here towards the highest point in the area, Shining Tor, probably just to the right of the next picture.

The reservoir was hidden behind trees as we progressed to a fine rubbing post near Brock Low. 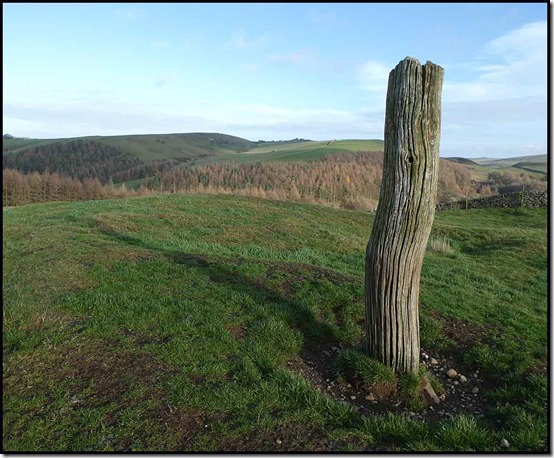 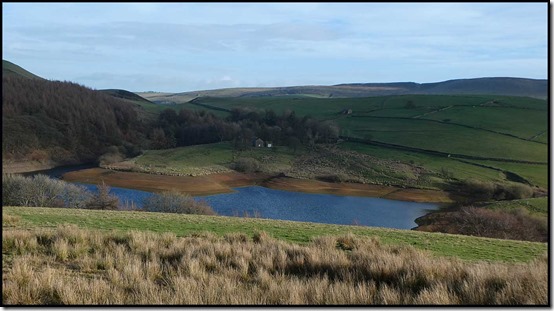 Our path proceeded through the edge of a wood, where we could gaze into the sun for a group photo (with the aid of a post – we saw no other walkers). 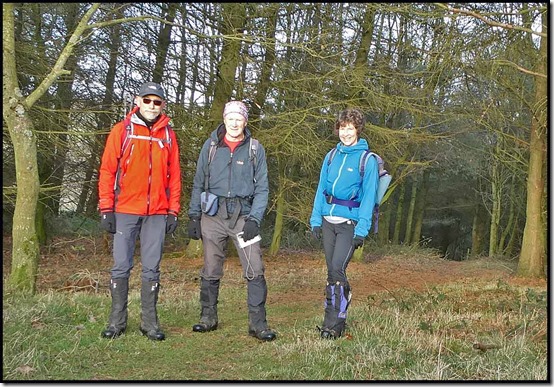 A little later, after a pause for tea and cake, we passed sparse woodland by Snipe House that was occupied by a flock of hungry Fieldfares. 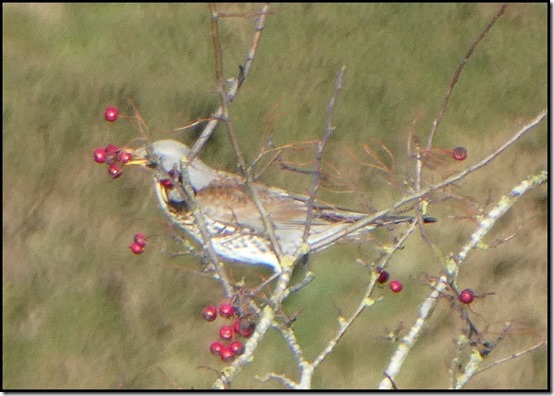 At Higherlane Farm it was just as well we had a map with us as the signpost could be deemed amusing but not entirely helpful. 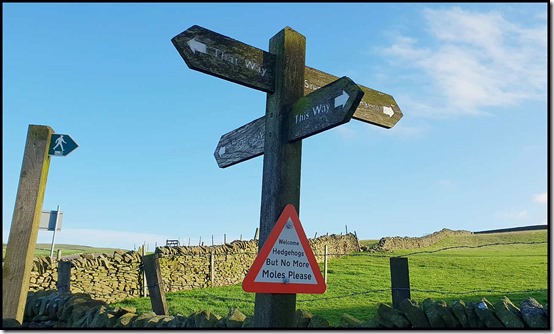 There were fine views across the Dean Valley. 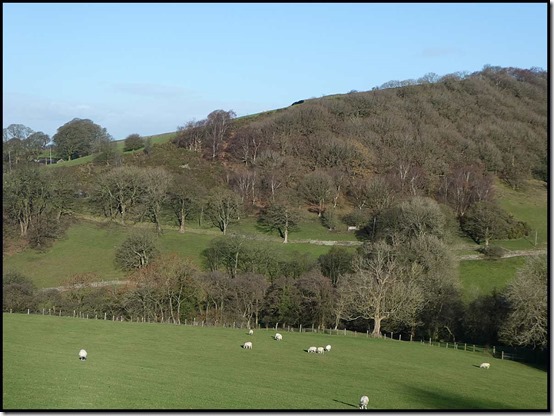 After a while on a farm/water board access road, we headed up through more woodland to join the Gritstone Trail, which we followed for the rest of the walk, ascending slowly back up to our starting point. 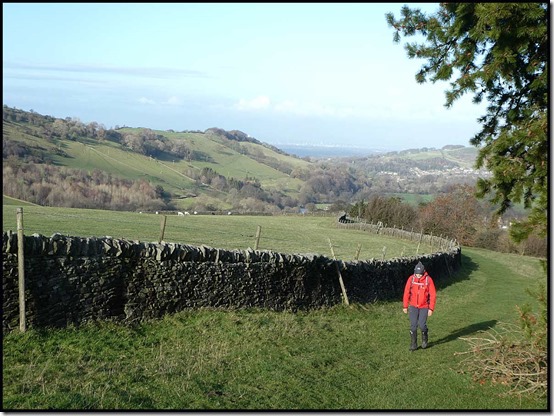 It took a little over two hours to complete this 8.5 km circuit on good paths, including about 250 metres of ascent. 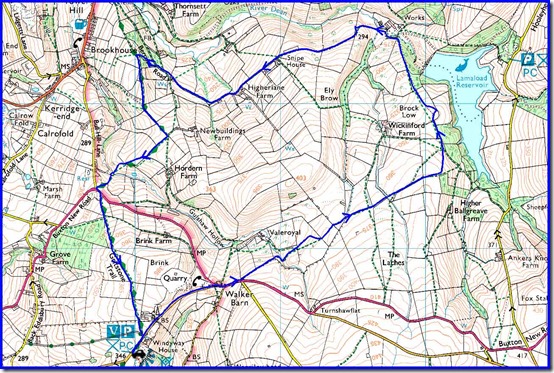 Rick expressed his gratitude for the absence of six foot fences on this route, and we were all happy to enjoy coffees and teacakes in the warmth of the café whilst the sky spat on the windows.

What harm do moles do in their natural environment? Ok, I can understand people getting upset when they invade their cherished lawns, but out in the countryside?

I think it shows the farmer's sense of humour rather than his vindictive attitude to moles, Conrad!