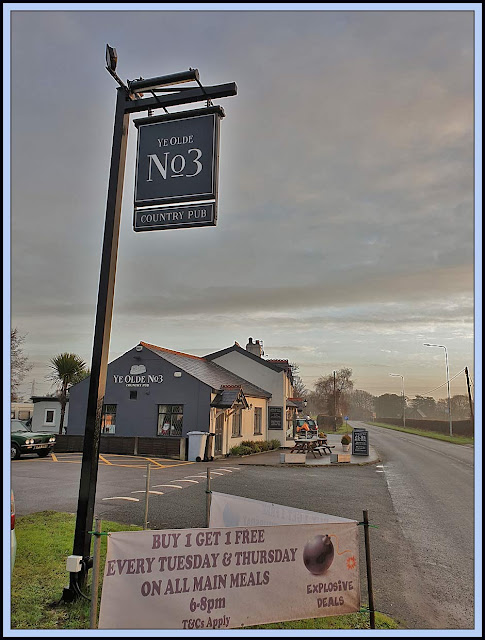 It was JJ's idea. I was to help him lay a sawdust trail for Tally Ho's 'Turkey Trot' - a name that really needs no further explanation. We were joined by Paul at 9 o'clock outside Ye Olde Nunber 3, by the on the road to Lymm.
Bags of sawdust were duly prepared. 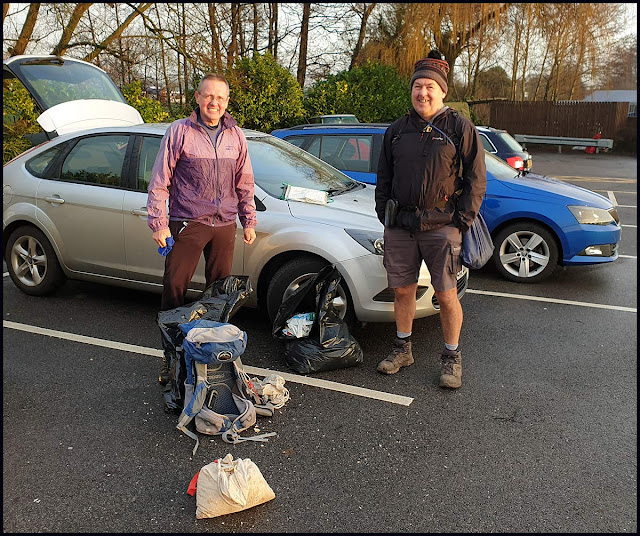 After setting off in completely the wrong direction (I know that feeling, JJ) we eventually managed to find the correct stile, opposite the pub, where we, the hares, commenced the activity of laying little mounds of sawdust along a 9 mile route.
The deep grass would prove difficult for the hounds, who would leave at 10.30 to 11.30, depending on speed, fitness, hangovers, etc, and follow the course laid by the hares.

JJ's route passed several pubs, but it's inappropriate for the hares to visit these. 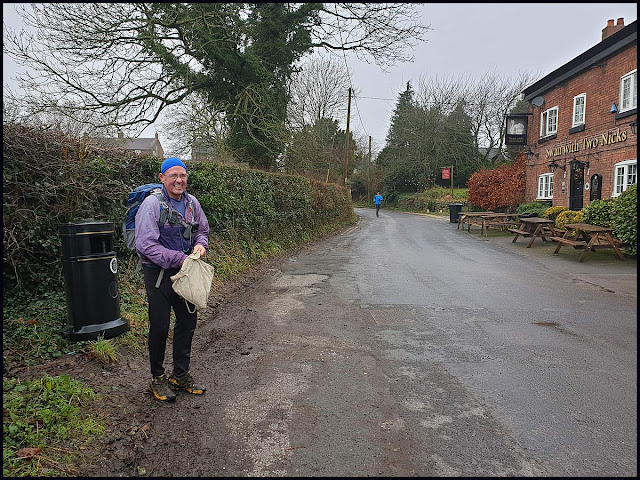 Our rather convoluted route, designed perhaps so that any 'rescue' doesn't involve too much traveling, explored many muddy fields before zooming through the grounds of Dunham Massey, venturing briefly onto a golf course, and hitting the canal towpath. 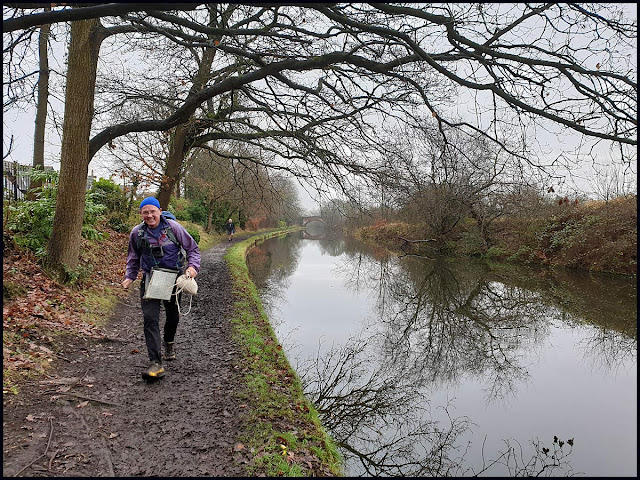 We left the towpath for a while and took an alternative route to Agden Bridge, along which JJ spotted this tractor. 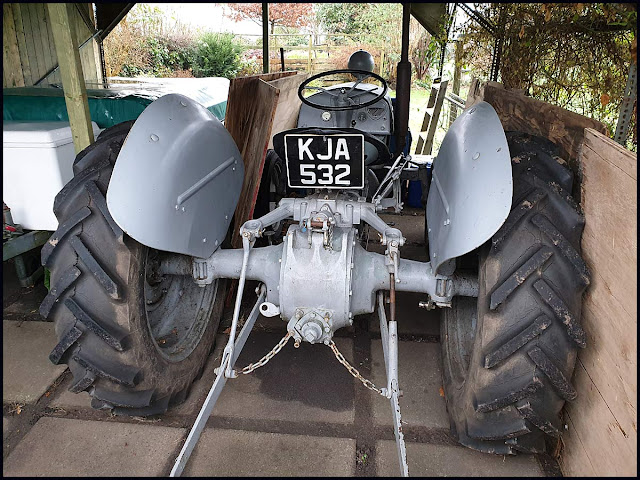 There were lots of junctions, each one needing careful consideration. By now, Paul had caught up with us after he had fallen behind. We thought that was because of his bad knee, but apparently he had got trapped by a herd of horses and had to improvise a route around them. I wonder how the hounds got on later... 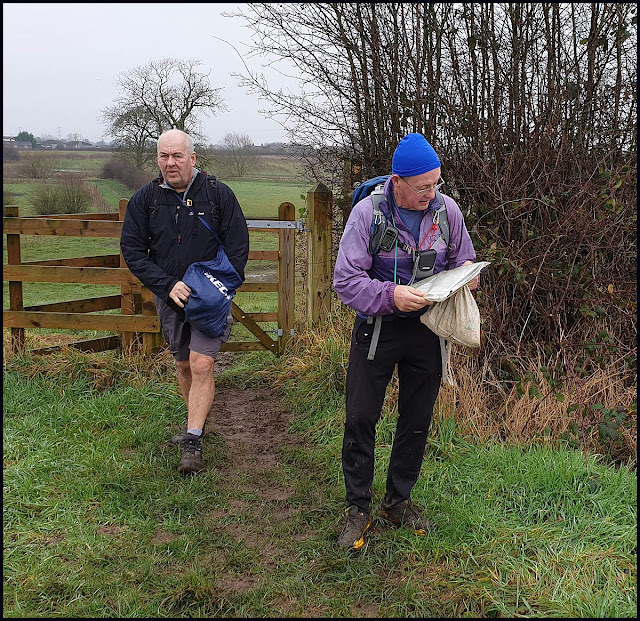 Nearing Agden Bridge, a deep stream had to be crossed, the bridge across it having been moved to dry land for some reason. We managed to jump across. 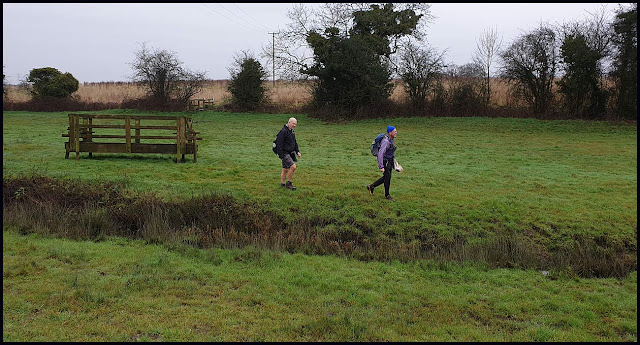 A final section of 'there and back' canalside paths brought us neatly back to the pub, where dry footwear was donned and a pleasant lunchtime session with about 15 hounds and hangers on was enjoyed by all. 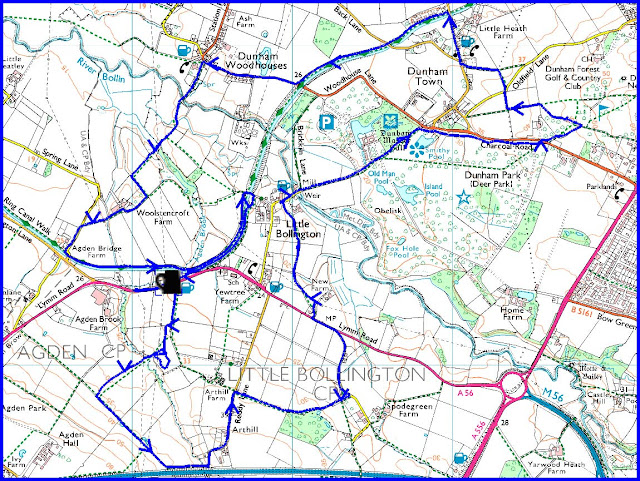 Thanks go to JJ for inviting me along. This was a great way to spend a sunny (ish) winter's morning in Cheshire.
You can learn more about the Cheshire Tally-Ho Hare and Hounds traditional running club, founded in 1872, here.

If I'd been on duty the runners would have caught me up before I'd finished laying the trail.

That may well have been an expensive predicament to find yourself in Conrad...it's an unwritten rule of the club that if caught up by the hounds, the hares have to buy them a drink!

You didn't tell me that, JJ!

I think JJ must think you have deep pockets.

You're right, I now know why he slowed down drastically at the end of the 'haring'!