Our remaining day in Singapore was spent exploring the Chinese quarter, with the added flags for the Chinese New Year celebrations (2008 is the Year of the Rat), then climbing a hill! The hill in question was Mount Faber, 116m high, and overlooking Sentosa Island and the harbour. Despite the size of the hill, the humidity resulted in a sweaty walk up through the forest, which was alive with the sound of birds and insects. It rained at the top, but, strangely enough, it was quite pleasant! From the summit, the enormity of the city is obvious. Time had now run out and we used the efficient MRT to transport us back to the beautifully cool Chiangi airport. 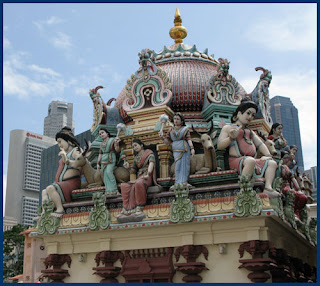 Tomorrow we head off into the Southern Alps from Christchurch, but our trip has started on a high in this 'garden city'. Our hosts, 'Pam the artist' and 'Rob the surfer' have been generous with their insider knowledge and their home in Sumner. What a place - we have eaten breakfast on the deck with a view over the city, Avon estuary, Pacific ocean, curving away with its white surf into the distance, and the Southern Alps on the horizon, which have become more defined as the weekend has progressed. Nights have been perfectly quiet, producing deep sleeps only halted by the mewing of Mogglet who wants to jump on the bed once the morning is light. 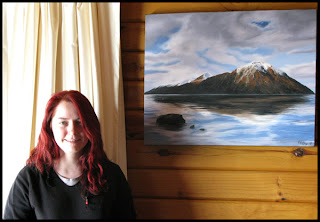 Christchurch's botanic gardens were a feast for the eyes (and nose!) after landing on Friday, and Cathedral Square was buzzing with crowds enjoying the sunshine and the entertainment as part of the World Buskers Festival. Our hearts were in our mouths as 'Space Cowboy' firstly swallowed two swords, then proceeded to juggle two jungle knives and a fire torch, whilst blindfold on the top of a 3m monocycle! 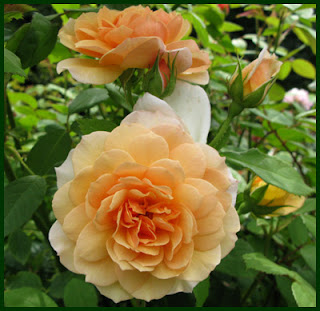 Saturday dawned overcast but the weather improved all day. 'Silver Bullet', our hire car, was thoroughly tested on the Summit Road to Akoroa. Hundreds of mountain and road bikers were out, seeking the thrills and views from the rim of the volcano that makes up Banks Peninsula, despite the low cloud. Our destination was the French-influenced village of Akoroa on a harbour, which we reached at lunchtime, having scared ourselves on the dirt road leading to Pidgeon Bay, with its precipitous drop on the climb up!
Low tide was essential for the afternoon's walk along a narrow peninsula near Barry's Bay - the orange volcanic rock contrasted well with the blue water of the harbour and the green of the surrounding hills and by now, the cloud had broken up, producing a fine afternoon.
Today, we had the pleasure of paying a surprise visit to Sarah, Anthony and Lara, who have now lived here for five years. Thanks for the coffee! Godley Head gave us another excellent walk, from the car park at Taylor's Mistake (why is it so named?). Our route involved a 100m tunnel to a gun emplacement built in 1939 at the entrance to Lyttleton Harbour, Christchurch's port. Windows in the tunnel meant that torches weren't needed.
Our New Zealand lamb dinner has just made a lovely end to the weekend, despite the view from the deck being obscured by our washing hanging out to dry! We head to Mount Cook village tomorrow where we're intending to camp in the light of a reasonable forecast.
Posted by Nallo Lady at 07:27

Taylor's mistake got its name because Captain Taylor sent his ship into the wrong bay and sank. This is according to: http://dutchcorner.blogspot.com/2007/12/taylors-mistake.html

Have a great trip - it's cold and wet in Taipei.

Thanks Nick, it's another nice morning here, but we won't be going in search of Captain Taylor's bones!!!