Today’s evening walk, the last for a while, was to be led by Keith and Carol.

Sue ducked out early. ‘I have to pack for the Alps’ she said, and started throwing bits of backpacking gear around.

I set off in the rain and after a while arrived at Appley Bridge. 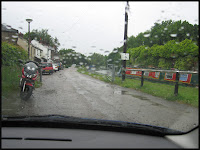 It’s very rare that we start a walk from this position, but today was one of those rare occasions. Usually there’s a pub to wait in, but the one selected by Keith in his original instructions had been flattened into a car park.

So I waited patiently.

‘We are at the Water’s Edge, ready to start,’ came the text.
They were in a pub!

So, having planned and recce’d this walk, Keith and Carol had turned up and were determined to see it through despite the rain. 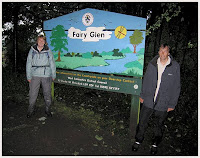 8 o’clock on a summer’s evening and it was getting dark, as we entered the Fairy Glen. 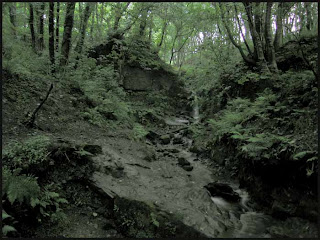 The waterfalls were barely visible through the murk.


Eventually we emerged into some fields.

A week in Torridon, two weeks across Scotland on the TGO Challenge, and a week in the Lake District, these had all given me a good feeling about my boots. They hadn’t leaked on any of those trips.
Tonight my feet were soaking wet after just a couple of fields. That means more kit needed for the Alps – it’s a good job I didn’t stay at home and pack!

Emerging, after some time, from a wet lane, we strolled up to Parbold Hill Viewpoint. 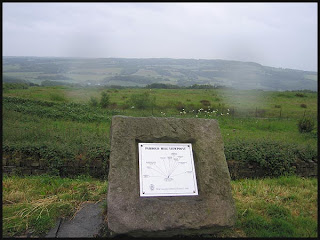 Not much of a view tonight, but this is the edge from which the flatlands of Lancashire stretch, on a good day giving lovely expansive views despite the viewpoint’s modest height of just over 100 metres. 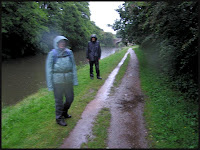 Then it was down to the Leeds-Liverpool Canal – a busy stretch of waterway with an old ‘dual carriageway’ through one lock – and an easy stroll down the wet towpath.

Back at the Water’s Edge a quiz was in full flow, with a quizmaster who really did particularly greatly like the sound of his own voice.
The Cumberland Ale went down well though, and we returned home feeling mellow and well exercised.

Thanks for coming, Keith and Carol.

Here's our route - about 8km in just under two hours. 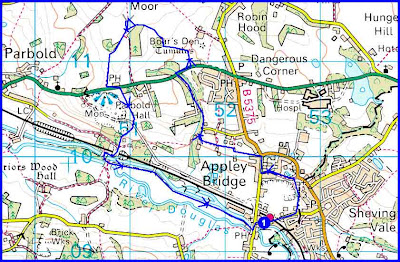