Deepest Cheshire saw us on another of Andrew’s slightly undulating walks.  He greeted us at 7.30 pm with a warning that we had 10 km to cover with all of 75 metres ascent.  He lacked the usual glass of amber nectar.

He had some stale bread, though.  I think. 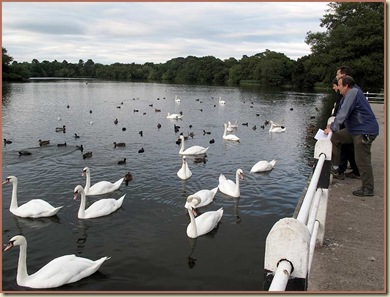 The young coots were diving competently, but still trying to steal dinner from mum’s mouth. 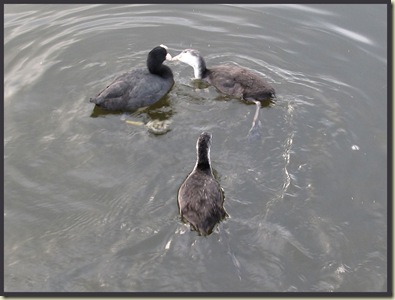 Andrew’s route passed through fields, down narrow lanes, into darkening woods, across someone’s back garden (on a well-marked public footpath), over a few main roads, beside an expanding quarry, next to a very posh house with servietted diners, and the other side of the ornamental lake that protects the toffs of Capesthorn Hall from the likes of our motley crew.

A cow chased us across a field whilst its mates munched unconcernedly. 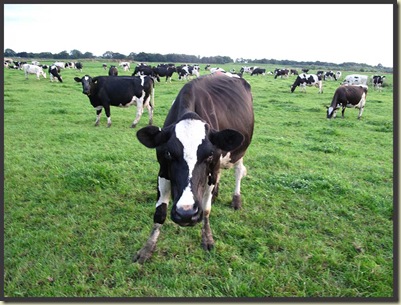 It became dark as we passed this view of the aftermath of a sand quarry.  Apparently the sand is used in the manufacture of plate glass and car windows, and so is being excavated more slowly than planned, due to ‘the recession’. 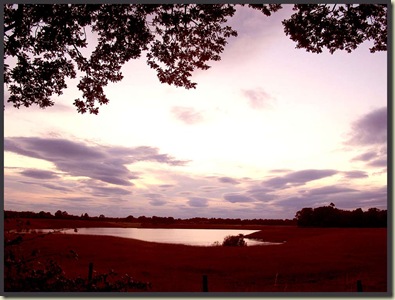 As the light faded, Andrew’s route placed us in deep briars and nettles, in which we nearly lost Richard. 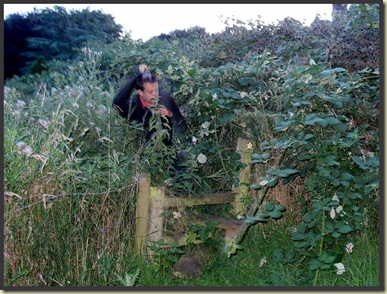 However, The Tin Man recovered his composure, and joined Dorothy and the Cowardly Lion to sing their way past the ornamental lake and take to the sandy yellow road, bright in the faint light, that leads to Redesmere Sailing Club.

Here, the Cowardly Lion slunk to the back of the group and let the Scarecrow lead the way through the dark and scary wood (luckily Jenny had eloped to Belgium so was not there to impersonate a Very Cowardly Lion), and back to the cars.

Though we didn’t finish until 9.40, torches were needed only for this last section through the wood.

Andrew made amends for the lack of a hostelry by returning us to Rosemary and Lucy for beers and coffees, nicely rounding off the evening. 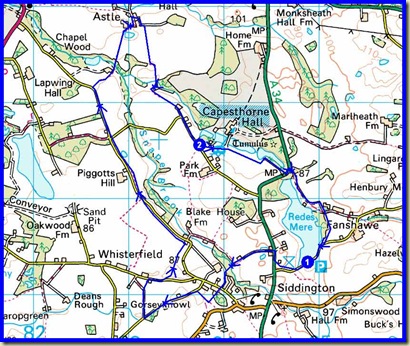