An annual event.  A Sunday ramble shortly before Christmas, featuring (unusually, as butties are our normal fare) a long lunch stop in a hostelry with meals and beer.

Today’s route was that walked on 12 November, so there’s no need for me to repeat the details.  We were blessed with fine weather and an excellent turnout comprising 24 adults and a Piglet, which is actually a small dog, from near and as far as Bury St Edmunds, Southport and Malvern.  They were remarkably punctual, even to the extreme of reverse punctuality exhibited by one couple who managed to arrive an hour early, narrowly beating Andrew, who yet again mis-timed his short journey!

I didn’t take many piccies as the day just seemed to fly past chatting to folk, who included seven outdoor bloggers and a podcaster.  Not all will be reporting on the event, you’ll be pleased to hear, and as you can see from this prosaic reporting, Alan and Phil have kindly returned the keys to the Postcard. 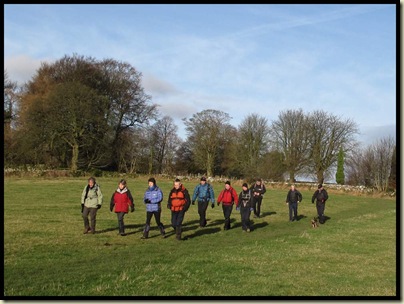 But the descent to Milldale is steep – luckily east facing so the early sun had taken the frost away, reducing the entertainment value as well as the risk of injury. 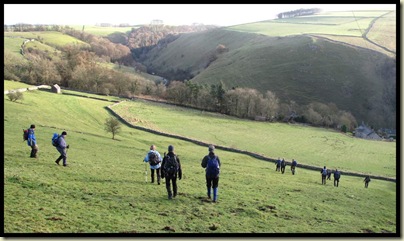 Bob may have a classy shot of Milldale, but I missed the chance as I was trying to provide guidance to opposing factions who appeared to be heading off in several different directions.  The way was ‘up’. 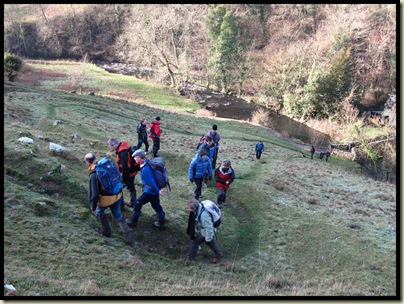 A few miles along the Tissington Trail provided plenty of space for people to catch up, catch their breath, or simply chat.  In fact, we were going so well that a halt was required to avoid drastically early arrival at the Waterloo Inn.  I was also able to lighten my load by sharing a flask of tea with Sue and distributing a large quantity of shortbread and brownies, with enough for everyone and some left over for my next encounter with the ever voracious Pie Man. 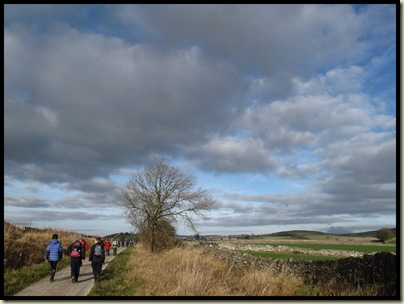 The Waterloo Inn fitted us in as best they could. (Unaware of the popularity of this year’s event, I had originally booked for 10-20, for whom there was plenty of room; so we couldn’t really blame the pub for seating Alan and Lord Elphus in a corridor.  Could we?)

Two hours in the pub flew by, especially for those in a corridor next to the bar, every pump on which had to be sampled.

With the light already fading, and 7 km to go, all 24, and Piglet, were led away, and coaxed along easy lanes before a sharp descent to Wolfscote Dale.  It’s a very pleasant walk down here to Gipsy Bank Bridge, passing the resident heron that didn’t seem to have moved in the past month. 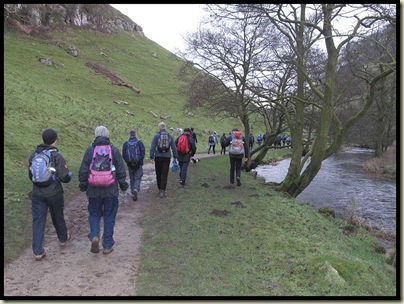 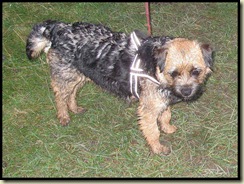 Piglet was given a good wash in the river at this point.

I’m not sure why, as aside from rolling in assorted brands of dung she seemed to me to be very quiet and well behaved.


After crossing the narrow bridge there’s a steep path up Gipsy Bank.  I received complaints at this point, though Lord E had fallen too far behind for his pathetic wailing to be heard. 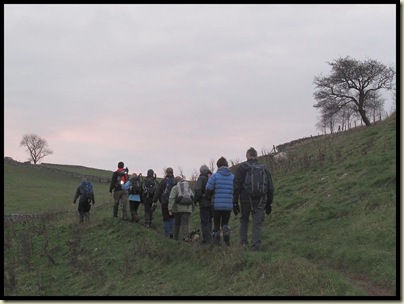 During the ascent, the aftermath of sunset made the sky quite pretty. 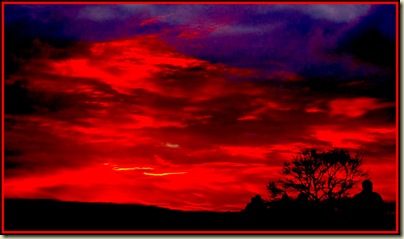 So by the time we left Alstonefield after fond farewells and a close inspection of Bob and Rose’s splendidly converted Transit Van, it was Dark.

Thank you, everyone, for coming along and making this little jaunt one of the best attended and most sociable walks of the year.  I’ll be happy to add any pictures you may have to this album.

A splendid day out, Martin (especially the two hours in the middle). Well organised sir, and thanks to Sue for the delicious cakey type treats. Yum!

Our pleasure, Phil. It's great that you made the effort to come along and experience a real live Outdoor Event as opposed to keyboard dreams. Nice to know the lunch break was just about long enough for you...

So... That's where we went on Sunday. I thought it was all a bad dream.

I shall have to try this walking mullarkey again next Christmas.

Ta Big M (and Miss Susie for the honeymunch.. x)

Word = busnes - most appropriate - they are so much easier the walkingnes