The Mobberley 8 – A Good Friday Tradition 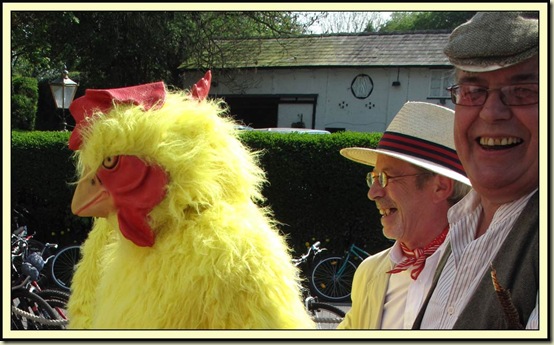 “Fancy a bike ride tomorrow:
The first pub is the Plough and Flail, a bit of a posh joint. It's good to get there for around 11.45am.
The order of battle is:
Plough & Flail > Stag at Warford > Frozen Mop > Bird in Hand > Bull's Head (popular lunch stop, bring butties) > Church > Chapel House > Railway.”

JJ is an expert at leading people astray.  Anyway, I couldn’t resist finding out what this was all about so I popped down to meet him at the Bird in Hand and the Bull’s Head.

It was very hot and summery.  “Sometimes it snows” someone observed.  Apparently this unstructured event started around thirty years ago.  The protagonists are still around, this year (perhaps always) cleverly disguised as chickens.  It’s not organised.  It just happens.  There’s music at the end in the Railway.

Well done, JJ, you do get up to some pranks!

The pictures speak for themselves, mostly.  But keen observers may notice a ninth pub, The Roebuck, in the background.  Apparently it has been banned from the event due to having perpetrated a misdemeanor regarding lunchtime food. 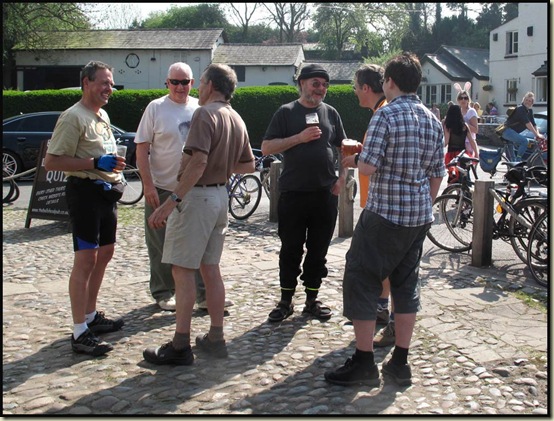 This t-shirt contest has a clear winner… 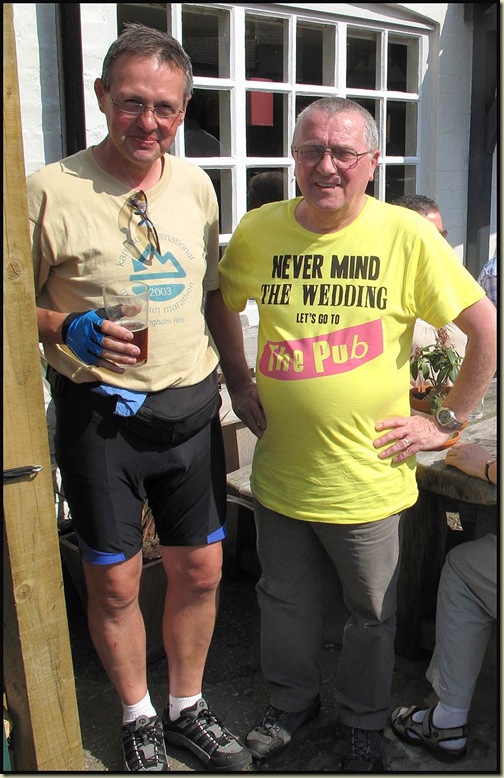 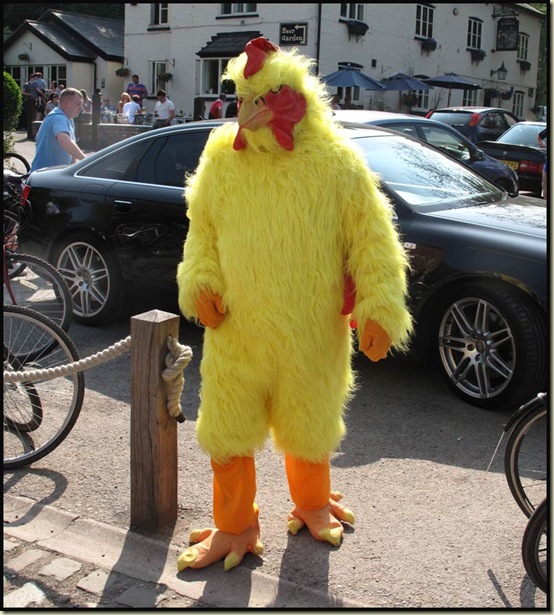 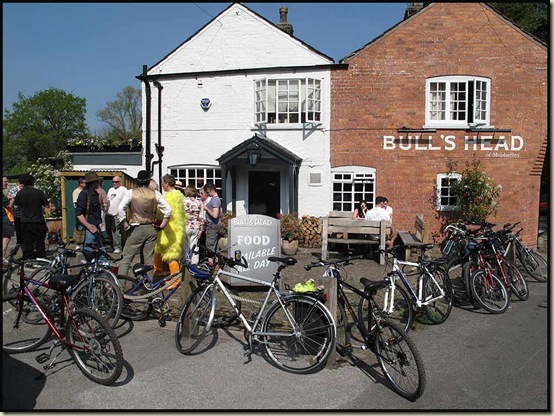