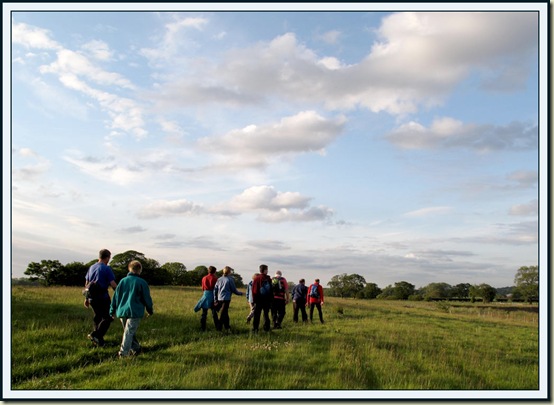 In view of the formidable sound of this evening stroll:

the turnout of ten random people was something of a surprise, especially to Notchy, who, having walked the route earlier in the day, but having succumbed to short-term memory loss, tried hard to allay his fear of getting lost by gazing lovingly into the screen of his GPS unit all evening.

It was a lovely warm evening, with pleasant lanes, and paths beside sandpits, and not a drop of rain. 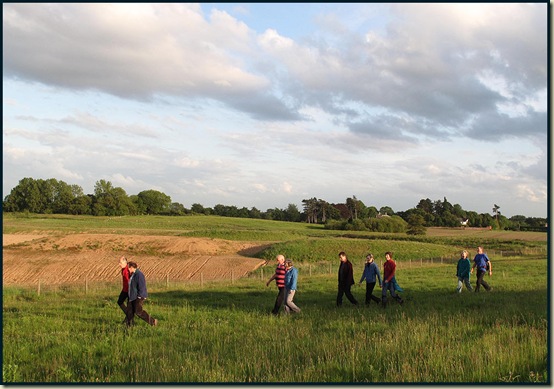 Two Johns were present, including ‘magician’ JJ, who helped Steve out:

“I’ll carry you then” offered JJ.

“OK” agreed Steve, not realising that he was about to be sprinkled with JJ’s magic powder that he had found in a Roald Dahl first edition. 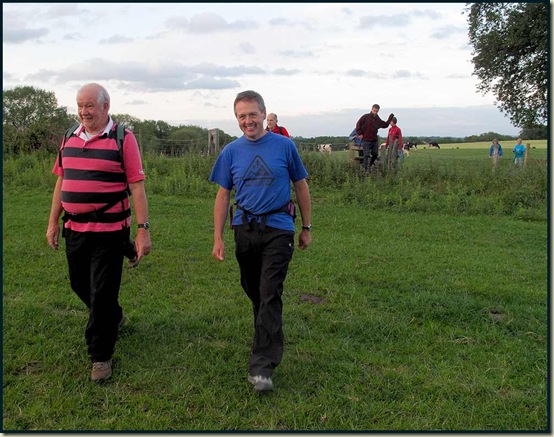 Steve never really recovered from this, and had completely disappeared by the time we left the jolly bellringers of Chelford church to continue their appeal for his reappearance.

Here’s our 8.5 km route – very good for a two hour stroll, even if it was a bit shorter than broadcast. 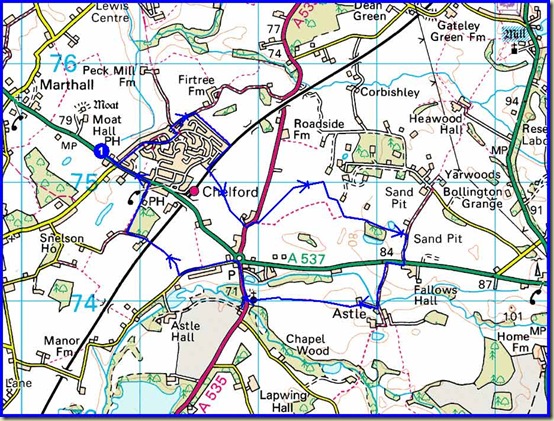 Thanks everyone for turning up – the evening programme is here – hope to see you again on 15 July in Hayfield.

(I may load a short slide show later – out of time now.)

Must go…another trip is beckoning…

Good heavens, I never expected our home area to feature in an online report, you passed quite close to our house.
It's a long time since we walked any of those local footpaths, quite nice on a summer evening.