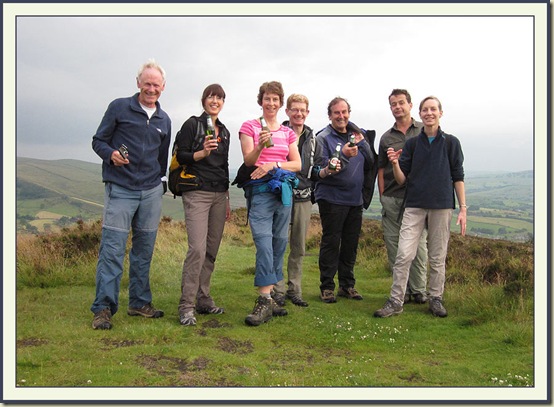 Tonight seven stalwarts of our evening walks congregated in The Pack Horse in Hayfield, under gathering skies. Rain was expected, but only JJ had wimped out, leaving two Richards, Notchy, Nightbird and Diana to brave the elements with Sue and me.

In the event, the rain just about held off, and what drove us indoors in the end were the voracious insects that ganged up on us after the walk as we sat outside The Pack Horse in a bid to enjoy our post walk refreshments.

Our 9km route with 350 metres ascent is shown below.  It’s an excellent summer evening’s excursion, or a short morning or afternoon’s stroll, taking around 2½ hours.

We started down a lane by the Post Office opposite the Pack Horse, then along a path to Swallow House Lane.  The metalled road took us all the way to a row of cottages known as Cliff Villas, shortly beyond which, at Windy Knowle House, a bridleway leads up towards Lantern Pike.  For those with an aversion to tarmac or with few minutes more, you may prefer to walk along the Sett Valley Trail from Hayfield, leaving it at the head of a small reservoir to walk uphill and join our route.

After entering open moorland, a thin path to the left leads immediately up to the 373 metre summit of Lantern Pike.  Here, the assembled masses enjoyed a few bottles of beer on the warm evening. (See header image.)

The views from here are extensive, but with rain imminent it was rather dull tonight.  However, I did manage to capture the view down to Hayfield; Kinder Scout is away to the left, with South Head and Chinley Churn in view. 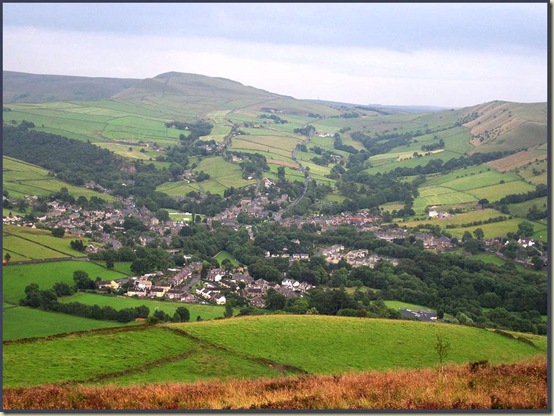 From the summit, we dropped down to the lower path and took the obvious route north, to Blackshaw Farm, where a right turn led us all the way down, past several idyllic looking properties that were for sale, to the main Glossop Road.

Turning left, we braved the main road for 400 metres before heading into open country once more at Carr Meadow.  Ancient and modern signs directed us towards Edale.  Notchy dashed off worriedly to look for a bridge. 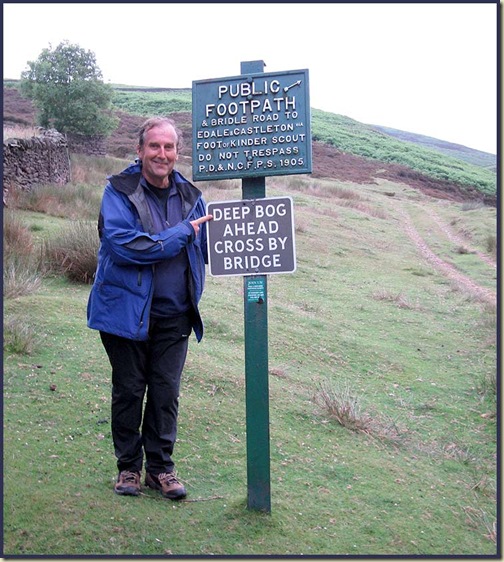 Following Notchy’s inadvertent directions (he had been pointing towards the bridge) we found the good path that heads south east across the moor to a path junction near a white shooting cabin surrounded by railings. 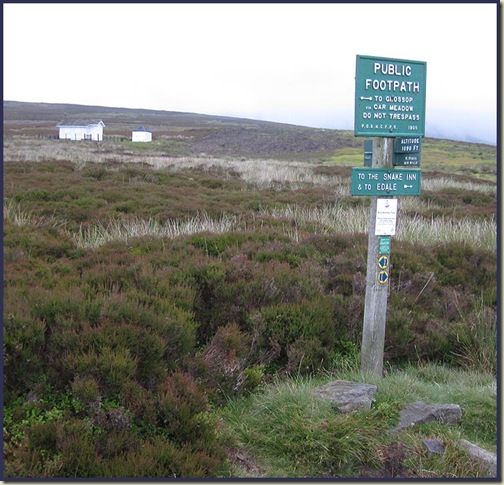 By now the troops were beginning to flag.  Some were asleep on their feet, others were just pretending to be zombies.  Revival CCS was handed out to minimise the risk of casualties. 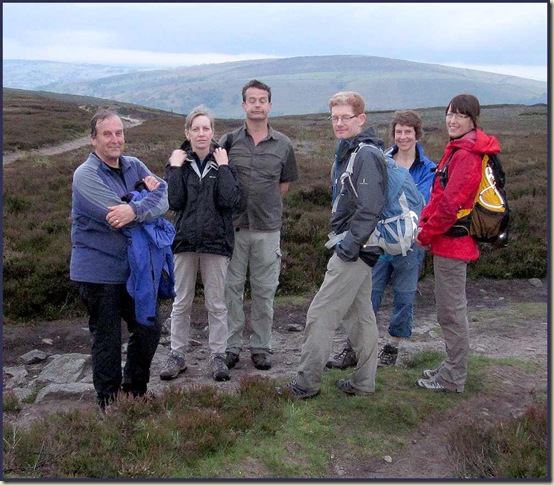 A sharp right turn, along the path intersected by Notchy’s head, put us on the Snake Path back to Hayfield, which after a few hundred metres follows the left branch where a minor path heads off to the west.

Before we knew it we were on the outskirts of town.  It’s traditional on such evening walks for Sue to befriend a needy nag.  Tonight was no exception. 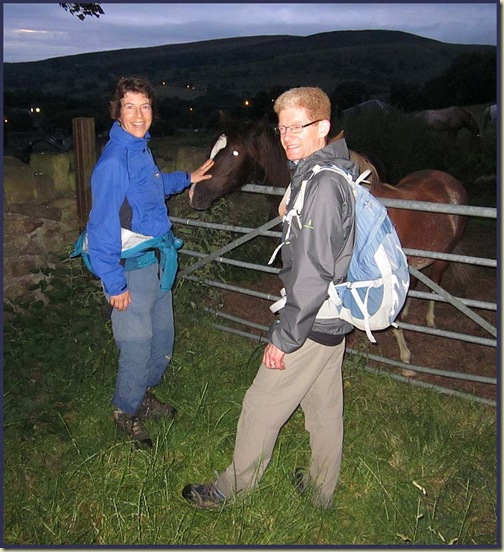 So, that was a jolly walk!  We all returned to the pub for a beer and a blather in the balmy, not to say ‘moist’ summer air.  Unfortunately the midges drove us straight back inside where we could lounge in the plush chairs of the refurbished tart known as The Pack Horse. 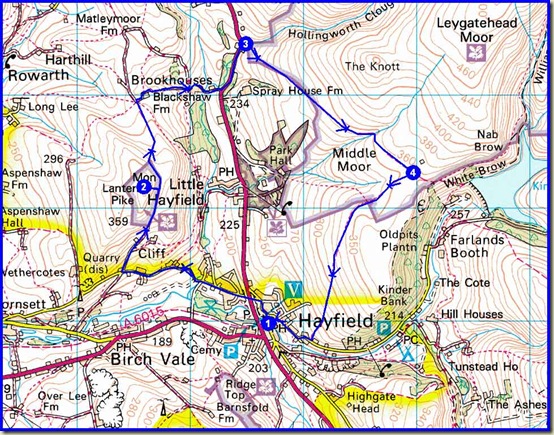