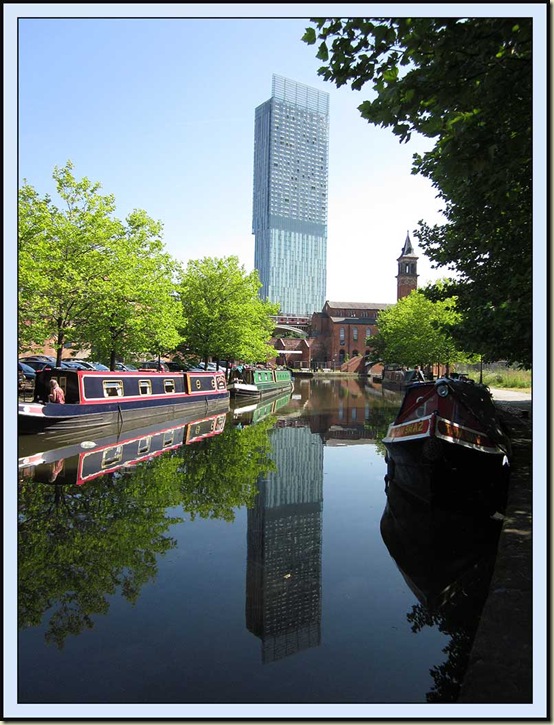 Sholver is a little north of Oldham. Kate lives there. The journey takes about 40 minutes by car. I’m in the habit of trying to combine family visits with a bit of exercise, but last time I tried this trip it took me about five hours.

So today I planned an easier line, taking the Bridgewater Canal into Manchester, then the Rochdale Canal out to Chadderton, from where bridleways should take me east through Royton and Shaw and on to Sholver. I reckoned on 35km in about three hours.

My route into Manchester was familiar, but an early setback had me returning home for the map that I would need later, as I headed relentlessly north. The pace slowed as I approached Deansgate, and threaded my way through groups of tourists that seem these days to be a constant reminder of the rehabilitation of Manchester’s city centre and canal network.

I must find a better way through the city centre. The towpath disappears from time to time shortly after it leaves the Castlefield area (pictured above with the Beetham Tower), and a little road work is necessary to get to the point where the Rochdale Canal splits off from the Cheshire Ring canal system and heads north. There’s currently work going on at this point, with the towpath route to the city centre having been closed for at least a year. I managed to find the start of the Rochdale Canal, and headed on up the towpath all the way to Chadderton.

The Rochdale Canal, I discovered, has armies of Canada Geese patrolling its banks. 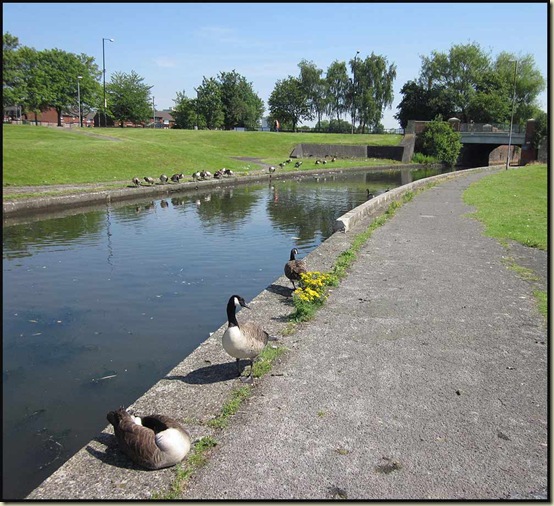 The canal passes factories and old mills, many of which have been refurbished and looked resplendent in today’s bright sunshine. Here’s Regent Mill, the home of Russell Hobbs. 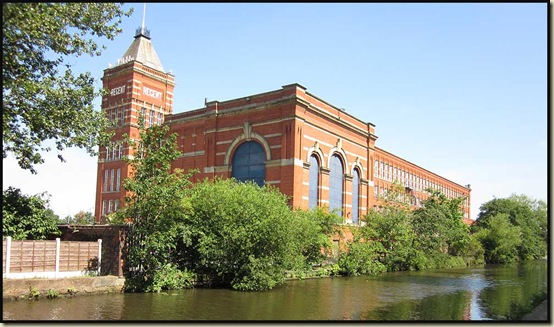 In fact the whole route portrays Manchester as a busy, vibrant working city, albeit not without its ghettos of malaise.

Despite the largely urban environment, sections of the route were surprisingly ‘countryfied’ and the whole route along the towpath was very pleasant. Much more satisfying than the drive round the M60 motorway. 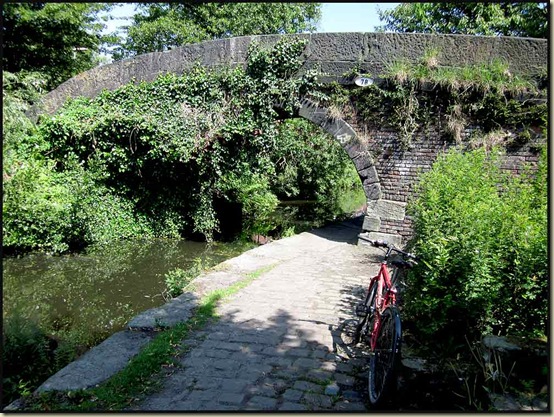 Believe it or not, I did go wrong a few times, and mistakenly left the canal before I should have done. However, once I’d found the correct departure point, bridleways took me all the way to the outskirts of Shaw, from where a fast downhill road section deposited me on a very rocky track (found at the second attempt) that led virtually to my destination.

“I didn’t know there was a way up there” commented Kate, who has lived in Sholver for a while now.

The 35km plan turned out to be 40km in practice on this occasion, but the timing was around three hours and could be reduced considerably. Especially if I decided to cycle this route in the other direction, in which case it might be a two hour downhill blast!

After all that, Sue arrived by car, we enjoyed a luxurious lunch, and after forgetting to take any pictures of my smiley grandson, we returned to Timperley by car.

Here’s are the stats from my Garmin gadget:

And here’s a map… 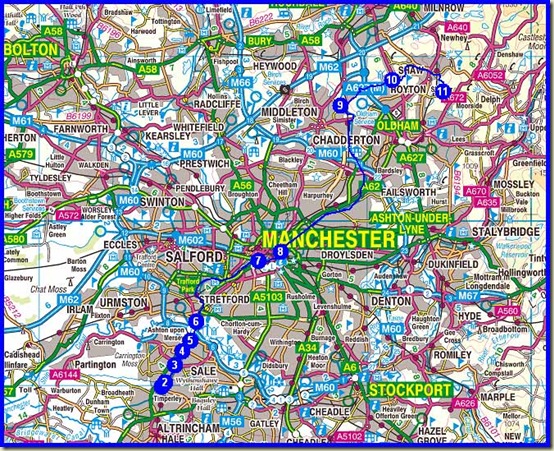 Hi Martin,
Nice outing. I too like the walk down the Rochdale canal into Manchester. There is the odd bit where you would like to close your eyes but in general it’s pretty good and as you say it gets quite countrified as you progress N & NE.

Nice route! I have been cycling in to work and back every day for the last month using Freeston Rd > Walton Rd > Bridgewater Way from Brooklands to Stretford then Kings Rd in to town. Love the canal section. See so much wildlife and get the outdoor fix every day. Can't wait till they do the City Centre leg properly from Trafford Park in to town. Really like the Rochdale Canal, only sad thing is the litter that people throw off the bridges down to the canal.

Thanks Alan + Jamie - and well done Jamie, you must be quite fit after all that cycling. You know that on dry days you could cycle very pleasantly all the way from Castlefield to the Bay Malton (or the A56 at Altrincham) to provide a more scenic way home. The wildlife around Old Trafford is surprisingly good - orchids, water lilies, etc, etc!

Well done! A very interesting post. As a regular visitor to Manchester for business but only occasionally for pleasure there are a few bits there that I recognise but lots unknown to me that look very attractive.

I've been playing catch up since we got home from Orkney (yup, we loved it!) and as I'm sat sitting, reading some more, my eyes settled on the map at the place under the pink A560 label. That'll be me if I don't get my boots on soon!

I'm glad you enjoyed Orkney, Louise. Like you, I'm miles behind in reading about the exploits of others. Expect comments in due course. That place under the A560 can be a 'bottleneck' at busy times, when a diversion through 'Hattersley' is recommended!

Phil - there's not really much about Manchester in that posting. There have been a number of similar snippets over the life of the blog. Perhaps the city deserves more attention - there's a vast amount of 'interest' there.