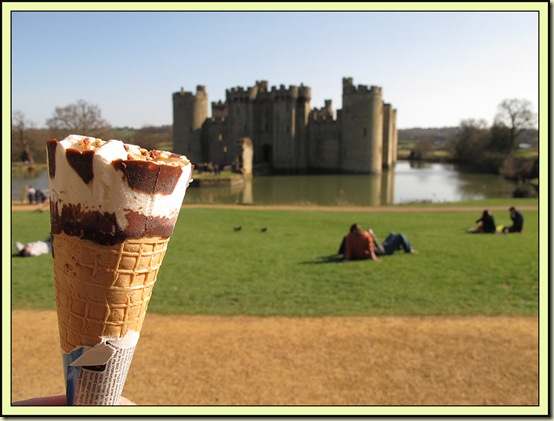 The sun returned today, if not all the warmth of the past week.

Bodiam Castle tea rooms provided sustenance before we explored the medieval castle, which has a long history.  It was home to gentry for hundreds of years before its royalist owners fell foul of Cromwell’s men.  This resulted in a steady deterioration to dereliction before Lord Curzon bought it in the early 20th century.  He restored parts of the building and staunched the path to complete ruin before passing it on to the National Trust.

Well worth a visit, and a cornetto…

The moat seems to be full of giant carp that compete very strongly with the ducks for the generous provisions offered by the children of Kent.  Or should that be Sussex? 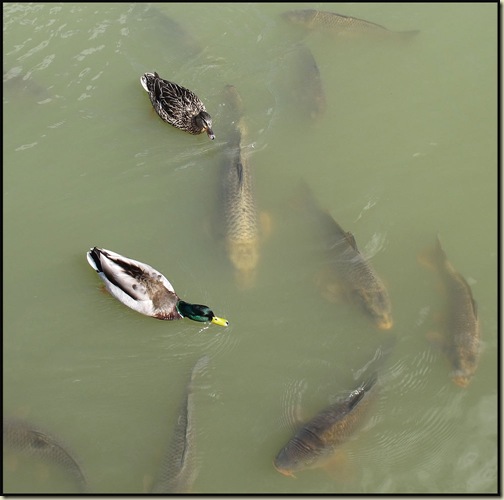 Across the road, the Castle Inn advertises all day food, so why not drop in for a picnic.  These people skilfully avoided the trees to do just that. 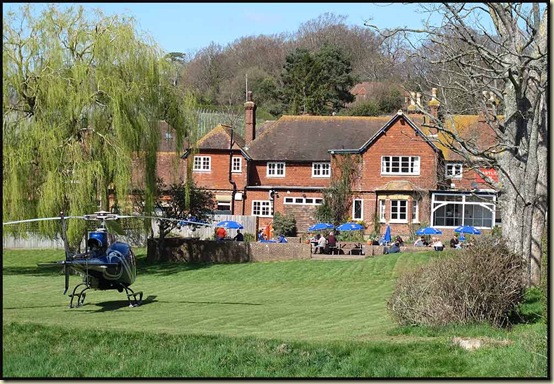 Meanwhile, enthusiasts of a bygone means of transport were enjoying the journey between Tenterden and Bodiam.  I reckon speeds of 10 to 15 mph were being achieved, nearly as fast as yesterday’s biplanes (which were slightly cropped just to avoid a sparsely populated frame). 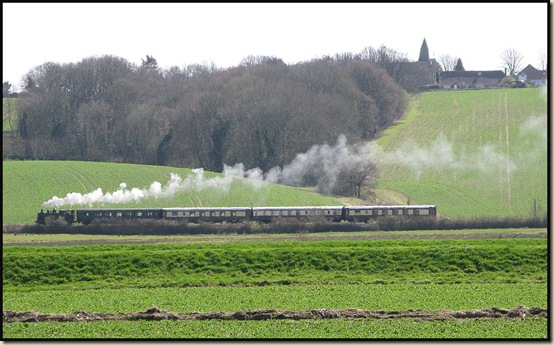 After lunch outside the castle we enjoyed a three hour, 12 km, bimble, featuring sections of the well maintained Sussex Border Path, and the interesting church whose hilltop position made it the centrepiece of this walk – St Nicholas’s, Sandhurst.  The St Michael’s Window in this church dates impressively from 1450. 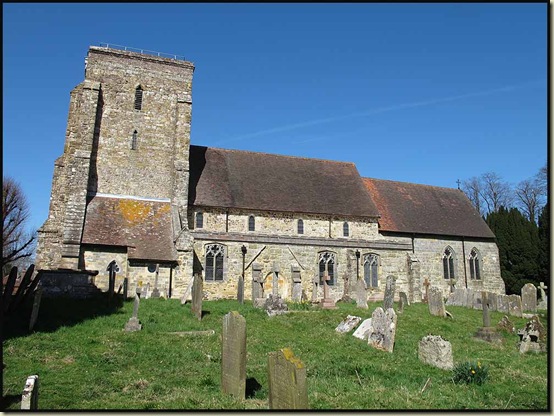 That ‘cornetto moment’ followed a descent back to the castle via some picturesque oast houses, after which we tootled off home having admired this late afternoon view of the well fortified castle. 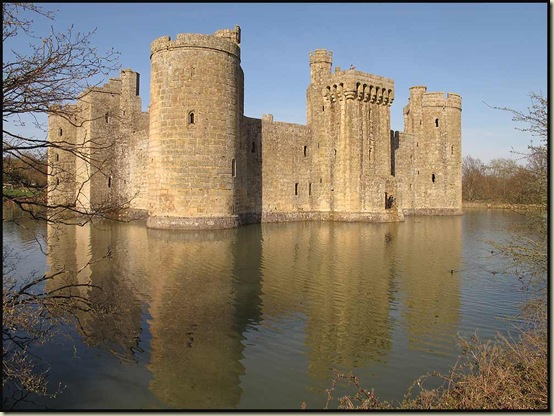 It was so well fortified, in fact, that the French never attacked it.

Here’s our route – 12 km with about 200 metres ascent, including a stroll down to the station. 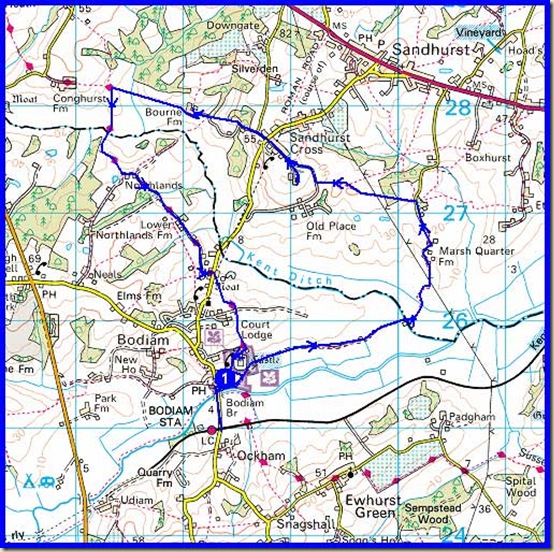 I’ll provide some links to more information on antiquities etc that we encounter this week in due course, but in order to access the internet I have to stand on a chair with the computer on a high window sill: it’s not the best position for surfing the web!

I love your Cornetto shot.....a great advertising shot.
I now have a serious craving for one!!

Bodiam is East Sussex. I am a Hastings boy and this is my old patch. I visited Bodiam Castle as a birthday treat every year for about 10 years :-) Some happy, nostalgic memories bought back by this post.

Thanks for those comments. Places visited on this trip seem to have brought back happy childhood memories for a few of our readers! And every time I scan through these pages I finish up nipping out for another Cornetto.