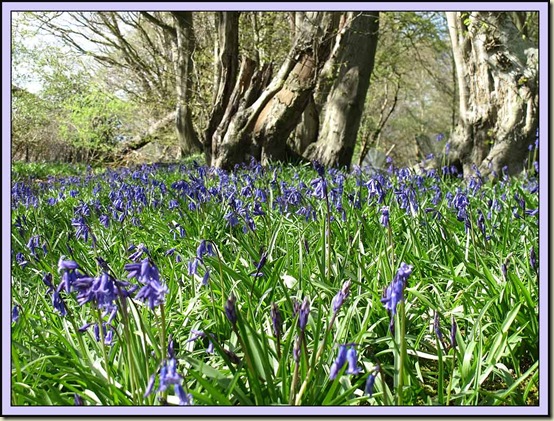 Much to our surprise we were greeted by yet another sunny day, so wet weather plans were deferred in favour of a trip to nearby Scotney Castle, which may not yield childhood memories for many of my readers as it was only relatively recently opened to the public.

We arrived early, making time for a 7-8 km walk around the circumference of the estate, using the marked ‘Parkland’, ‘Woodland’ and ‘Hop’ paths.  Here’s Sue, dashing on ahead in the woodland… 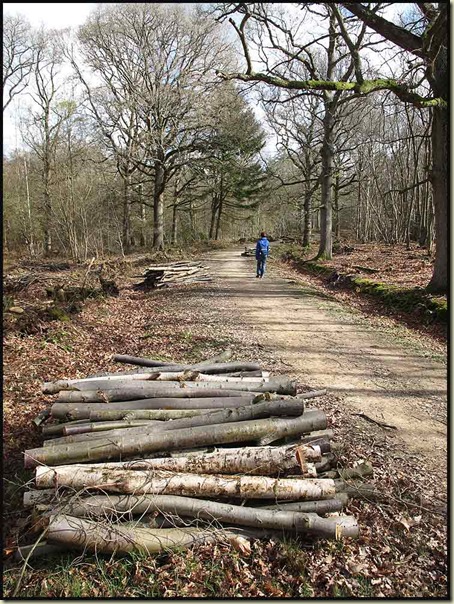 … and here’s where they grow the hops for the local Westerham Brewery’s beer. 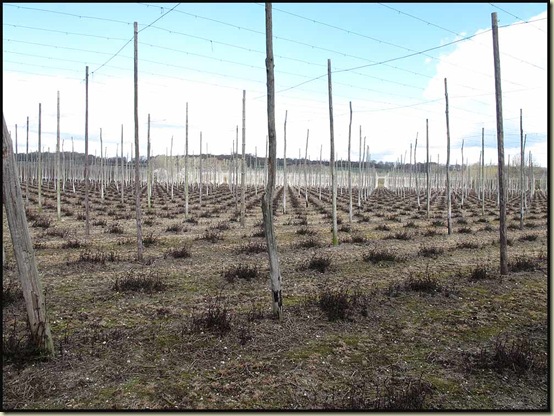 By the time we got back the tea room was open for us to refuel before embarking on a tour of the house, built in 1837 for Edward Hussey III, whose last descendant lived there until 2006.  It has a rich history, being renowned in its heyday for lavish entertainment.

In later years the upper floor was divided into flats, one of which was surreptitiously occupied by Margaret Thatcher when she was leader of the opposition, as her safety in her nearby matrimonial home couldn’t be guaranteed by the people who look after that sort of thing. 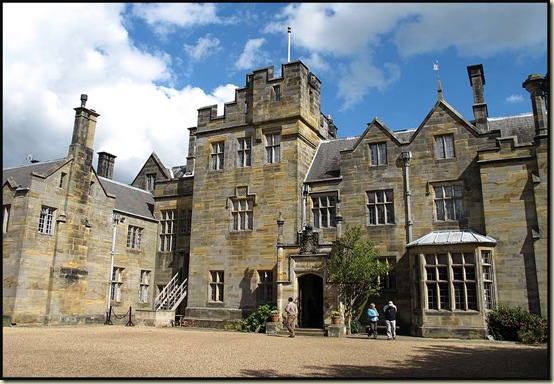 At the bottom of the garden lies an abandoned medieval moated castle, stones from which were used in the construction of the house, the castle being left in a deliberately ruined state, as the focus of the celebrated gardens. 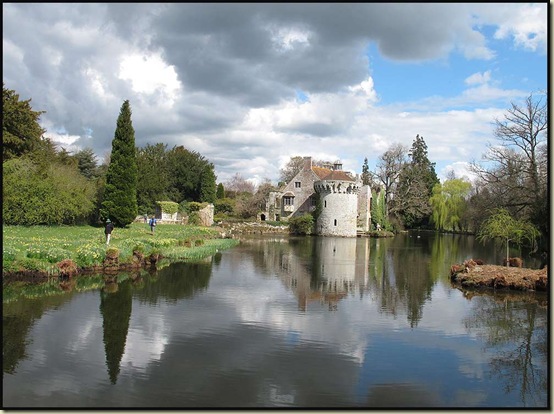 After lunch we scrapped plans to visit Bewl Water and a nearby Pinearetum due to exorbitant parking charges, and headed back to Waters Edge, from where we could enjoy an equally scenic 9 km circular walk.

This led us along pleasant byways with expansive views over the Kentish countryside…. 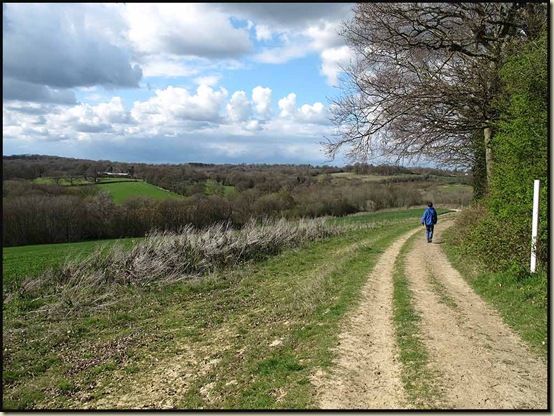 … and on to the village of Rolvenden, past fields full of bleating lambs, and this splendid windmill. 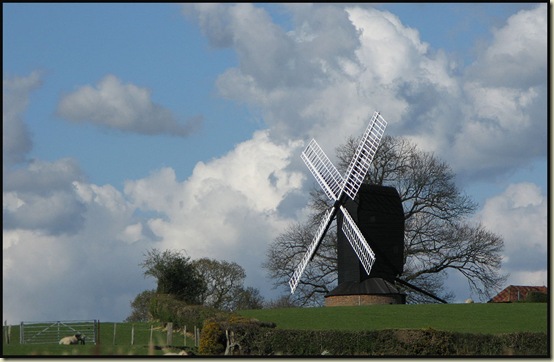 St Mary the Virgin, Rolvenden, was passed as we ambled along the High Weald Landscape Trail… 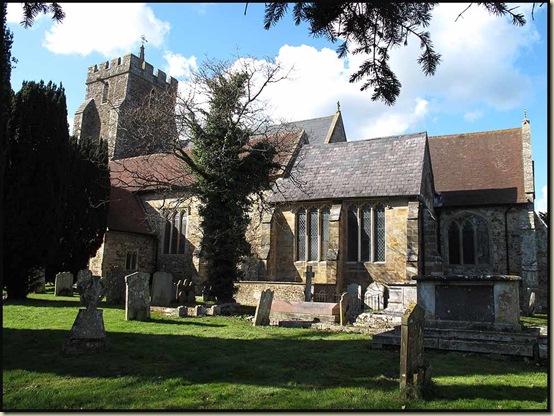 … past the impressive house and grounds of Great Maytham, where another green woodpecker was seen foraging in the grass.  Then it was back to Forsham down the ever quiet Wassall Lane.

Here’s our route, a much abbreviated version of Saturday’s walk – 9km, 130 metres of ascent, taking about 2 hours. 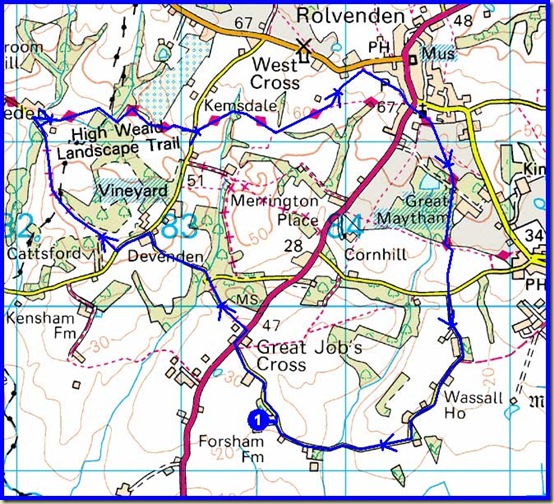 All in all another splendid day, aided again by the BBC’s seemingly unending ability to get the weather forecast wrong, though we aren’t of course complaining about it being sunny all day, again!

Timperley is bathed in sunshine today, although it's very cold. Fingers are firmly crossed for the Mobberley 8 tomorrow.

Oh Dear, JJ, you'll be getting a 'weather' reputation to add to all the others!