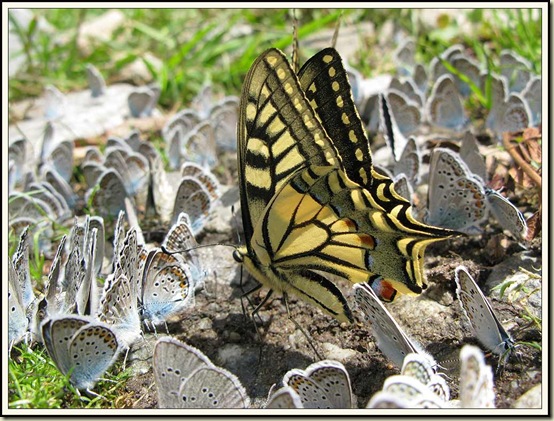 This image, taken on 6 July 2011 near San Giacomo in the Maritime Alps, was entered in the Austrian Alpine Club’s 2011 Photographic Competition, and gained the Nature Award.

But there was a serious faux pas on my part, as the photo now appears to have been taken with Sue’s camera.  I’m in trouble, especially as ‘Butterflyfest’ won the ‘First Time Entry’ category, beating ‘Reflections’ (indisputably my picture), which was Runner-up in that category.  So this year’s entries will have to be submitted in Sue’s name, but will be up against Paul, who is about to depart for Mayrhofen and takes better pictures than we do….