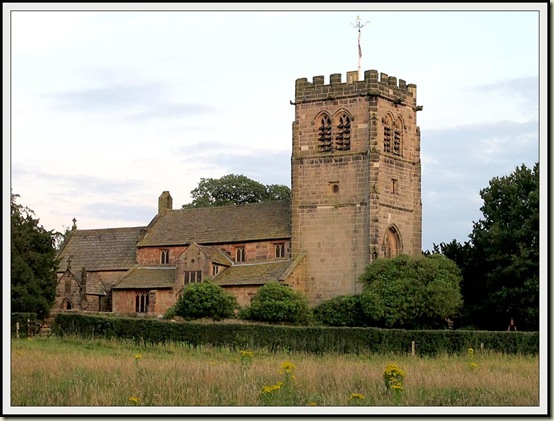 After a long break from evening walks due to other commitments, we chose a great night to resume this activity, meeting at the Stag’s Head in Great Warford for a beer in warm sunshine before heading into the fields of Cheshire as the sun wandered down towards a seemingly flat horizon. 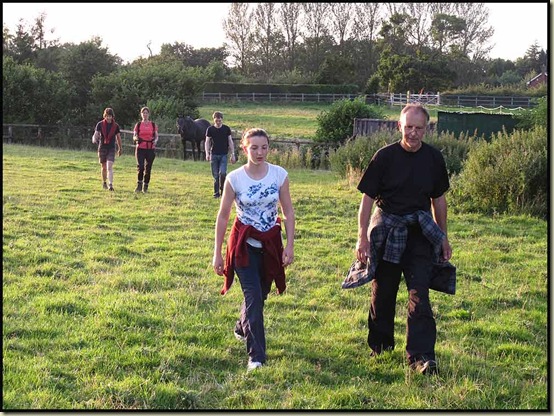 This was Andrew’s route – thanks for organising it Andrew – an exploration of the footpaths affected by the new A34 by-pass around Alderley Edge.  In fact the paths don’t seem to be greatly affected, with bridges and road crossings, as well as a footpath alongside the by-pass, enabling walkers to follow more or less the same routes as they could before the by-pass was constructed.

Here we are beside a bridge over the big road, with its cycle/pathway clearly signed above Gerry’s head. 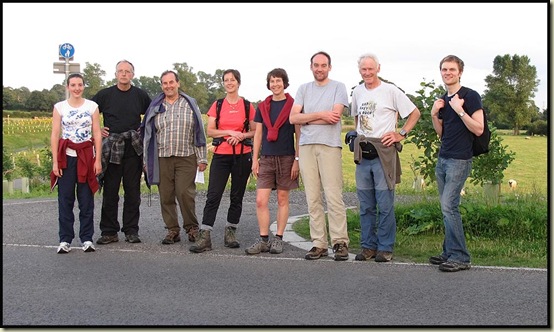 It was a good turnout on a warm summer’s evening.

After crossing the by-pass we strolled through overgrown paths (“pass the dock leaves” asked Sue) to Nether Alderley, where Neil and Christine Hamilton used to live next to the fourteenth century church, pictured above and below.  This well proportioned building utilised stone from Alderley Edge and slates from nearby Kerridge in its construction all those centuries ago. 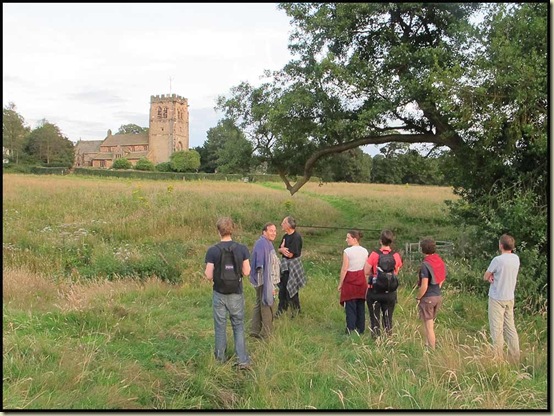 It was good to be joined by Pete and Gerry (en route from the Lake District to Bath), Mary (now working in Warrington), Mike (on holiday and taking a break from rebuilding his kitchen), and Paul (on his way home to Buxton).

They were all privileged to witness a lovely sunset, during which a quirk of optical refraction delivered a fine view of the Matterhorn, beyond the shimmering waters of the English Channel, on this calm summer’s evening. 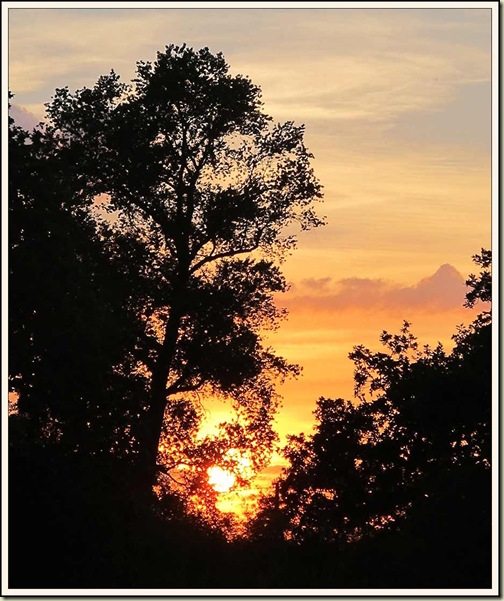 It was more or less dark by the time we regained the beer garden of the Stag’s Head for further indulgence and entertainment provided by the annotations made in by Sue and me in Allan Hartley’s guide to a walk around the Zillertal Alps.  The book was handed over to Paul, and will no doubt provide entertainment during his forthcoming visit to the area.  It must break all records for errors in a Cicerone guide book!  Hopefully Paul will update the book, as it’s five years (just before this blog started) since our visit – a great walk from Mayrhofen by the way. 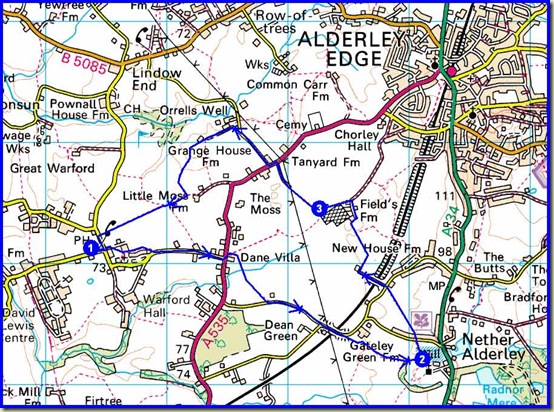 And here’s a route showing the line of the by-pass, though Google’s ‘satellite’ view still doesn’t include that feature.

There are evening walks next Tuesday (Etherow), and the following Wednesday (Redesmere), should anyone wish to join us.  We’d welcome your company, but it’s getting to the time of year when a torch may be a useful piece of kit to bring along!

Not sure what happened there! I'll try again...

Sounds like a pleasant evening's walk. I might be able to join you on your Etherow walk next week, but not certain at present - I'll let you know one way or the other by Monday.

Both comments came through, Alistair.
Anyway, we hope to see you next Tuesday.

I suspect it was my internet connection playing up as it currently has an annoying habit of doing!