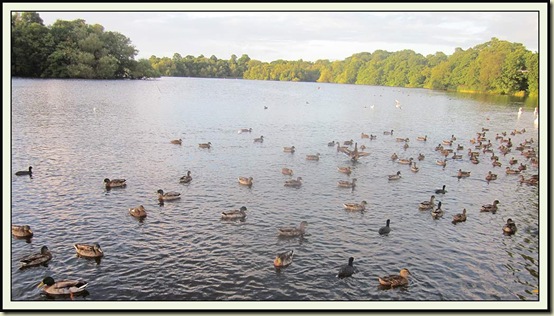 Andrew’s ‘Deepest Cheshire’ summer’s evening series of walks concluded with this stroll from Redesmere, where we caught the last rays of sunshine just before starting at 7.30pm on a sunny evening.

Redesmere is next to the extended village of Siddington, and this posh set of steps, commemorating the Queen’s diamond jubilee, lead from the lakeside up to the village hall and a pristine bowling green. 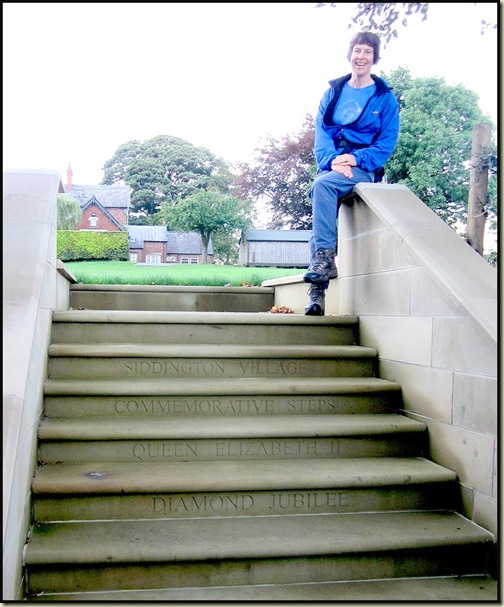 Andrew lives next door, in Lower Withington.  As an erstwhile Parish Councillor he’s always been puzzled as to how Siddington has managed to gain so many Best Kept Village in Cheshire awards when his own parish fails miserably to win anything! 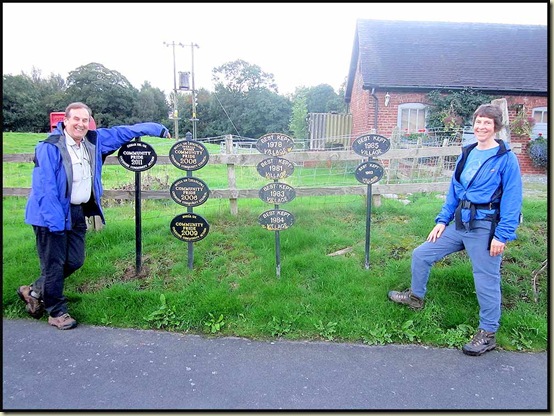 The haziness in the above picture isn’t deliberate.  Whilst my Canon Ixus 105 has recovered from its dunking earlier in the year, the picture quality leaves a lot to be desired, so a replacement is imminent.

The three of us followed a little loop through the village, emerging at the church, which was consecrated in 1521.  It was originally timber framed, with wattle and daub infilling.  In 1815 the walls were encased in brickwork to help support the heavy stone roof.  Parts of the church were later painted to resemble the many timbers that remain encased. 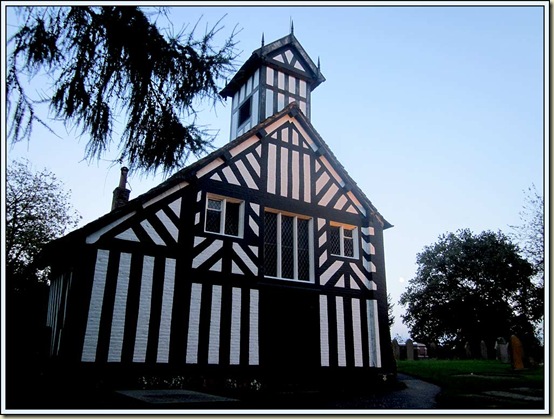 Sadly, we were unable to gain entry, but Andrew assured us that the church is currently full of corn dollies.  That’s another story, worthy of a posting in its own right.  As is the tale of two WW1 Canadian airmen who befriended the villagers after making an emergency landing in the vicinity.  They returned several times, but on their first post war visit in June 1918 they sadly crashed and were killed, to be buried side by side in the church yard, next to their friends, the Nield family. 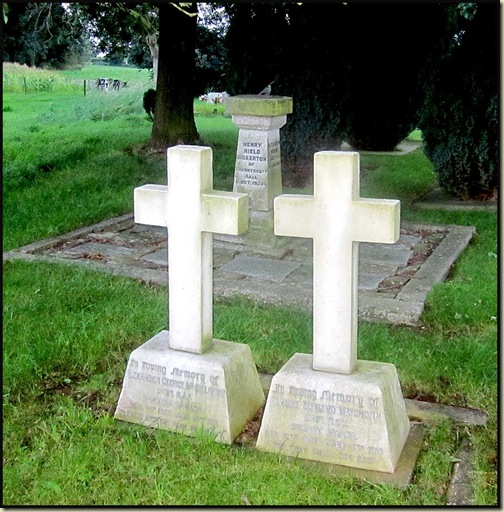 We continued through fields in increasing gloom, and were delighted to discover that one farmer at least had been generous in preserving the right of way through his crops. 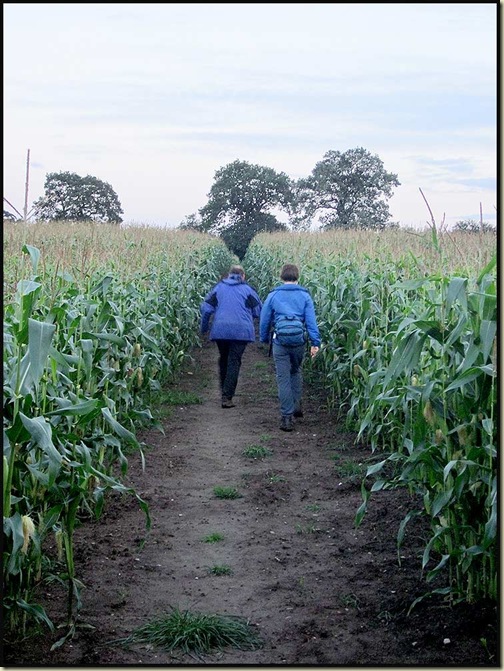 Night fell, but the nearly full moon meant that torches were needed only once or twice, to negotiate our way through particularly boggy sections and to find our way across an electric fence – no problem with that as we were happy to be on the other side of a large herd of cows.

Here’s our 8.5 km (5+ miles) route, which took somewhat less than 2 hours, after which we adjourned for a welcome beer, etc at the Blacksmith’s Arms in Henbury. 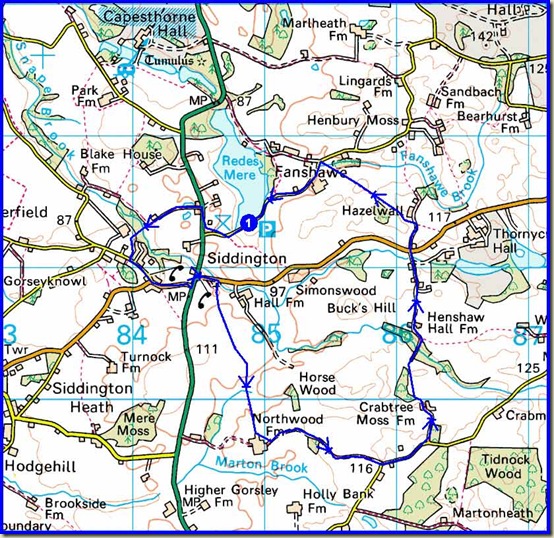 Thanks go to Andrew for providing this excellent little route.