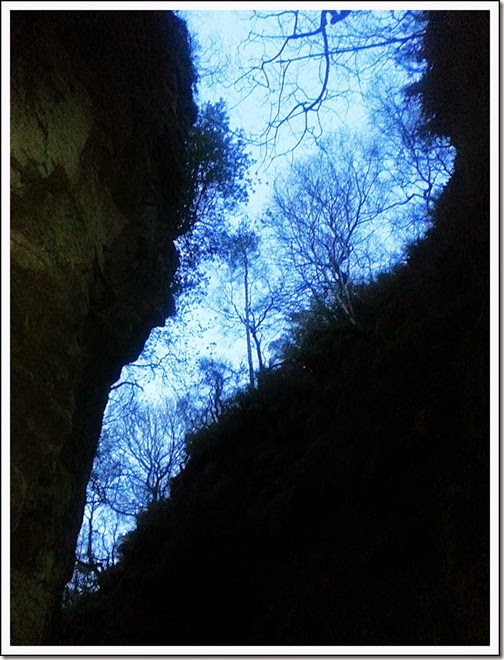 This year’s first ‘daylight’ evening walk covered familiar ground that has featured in other reports – here you will find out much more about the highlights of tonight’s walk.

We’ve had many happy visits to the Ship Inn at Wincle, and whilst the beer was ok tonight the welcome was, well, not very welcoming. There’s a small bar where the barman was chatting to his mates. Either side were large and very empty rooms. We chose the one next to the bar. “You can’t go there, that’s for diners” we were then told, after parking ourselves at an unlaid table for what would obviously be a very brief visit before our walk. So we went to the other large empty room. I wonder why these rooms are all so empty?

Anyway, Graham arrived and we decided that although we’d planned to visit the pub again after our walk, our cars would probably not be welcome in the pub car park whilst we were away, so we left the place, thinking that we could find somewhere more appreciative of our business later.

Graham and I got some good sunset views as we strolled up towards Hanging Stone, whilst Sue and Andrew dawdled just out of sight of the dipping orb. We assembled at the standing stone below Hangingstone Farm – Hanging Stone is in the background. 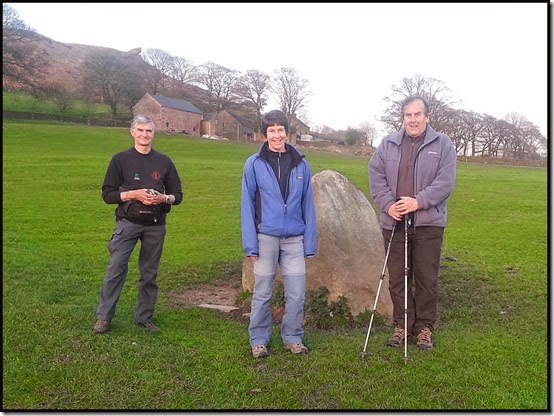 As we closed in on Hanging Stone, it was silhouetted nicely in the dusk, whilst Sue and Andrew were a blur in the foreground against the Roaches and Hen Cloud as they tore up the path. 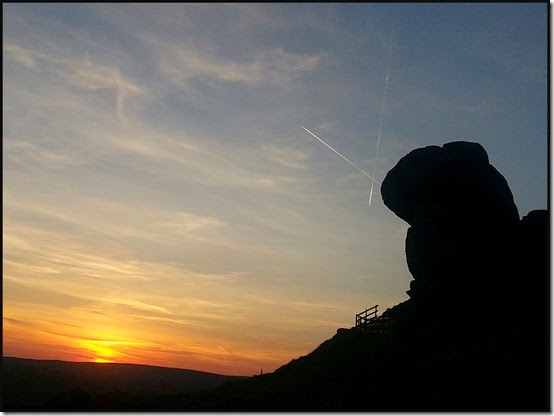 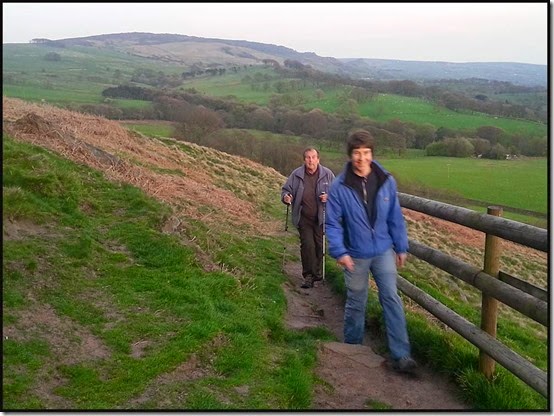 From Hanging Stone there are good views towards Shutlingsloe. This is not the best such image that has appeared on these pages, but it does reflect the loveliness of this particular evening. The colour of the sky is ‘dusk blue’, albeit it might appear grey! 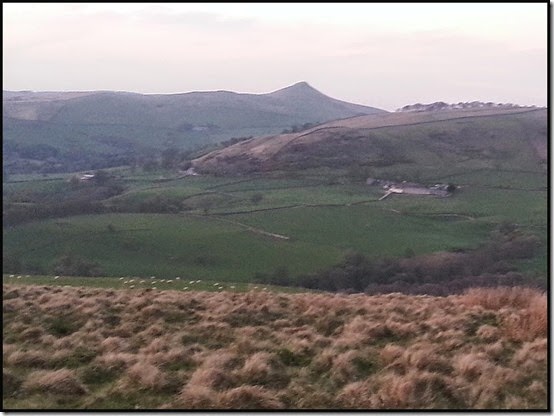 By the time we reached the post-glacial cleft of Lud’s Church it was nearly dark. Looking up from the depths of the cleft, the air was thick with bats, some of which are visible here at the top of the picture. 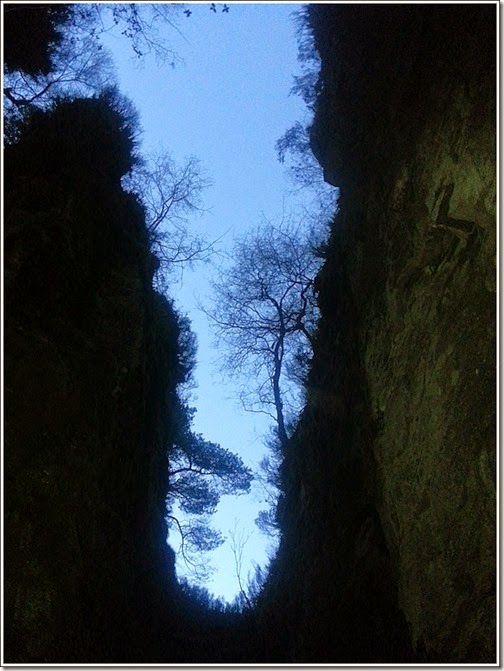 After exploring the cleft we returned through the forest to the entrance, then headed briefly towards Gradbach before hitting the Dane Valley path back to Wincle. A pleasant path, thankfully dry after all the fine weather we’ve been enjoying. Torches were needed in the latter stages through woodland during the post dusk, pre full moon period. A shrew* scurried ahead of us, stopping for a while, frozen to the spot in the light of my Petzl (torch).

On arrival at the cars after 8km with 300 metres ascent in a little over two hours, the worker in our midst decided an early night was needed so no further pub visit was made. We drove home with a blazing yellow moon in our mirrors, passing the Fools Nook in Gawsworth that I’d thought would be a good alternative to the Ship. Sadly the Fools Nook turned out to be closed and up for sale.

A lovely evening in perfect weather. Summer has arrived.

[I forgot my camera, hence the rather poor ‘phone’ pictures. Graham’s should be better.]

*I think it was a shrew as it was only a couple of cm long, with a tail more than twice the length of the body. But it didn’t appear to have a particularly long nose…

PS After reading this entry, Graham kindly provided a further two images, taken whilst we watched the lovely sunset from the standing stone below Hangingstone Farm: 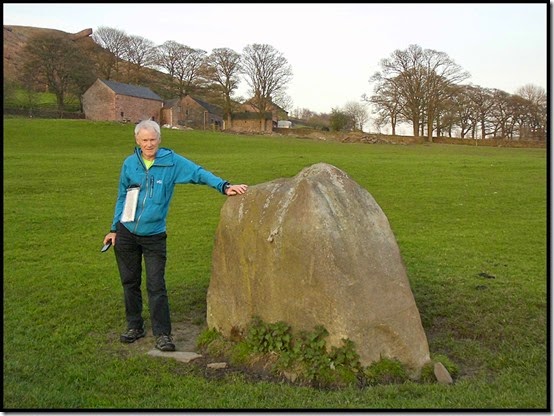 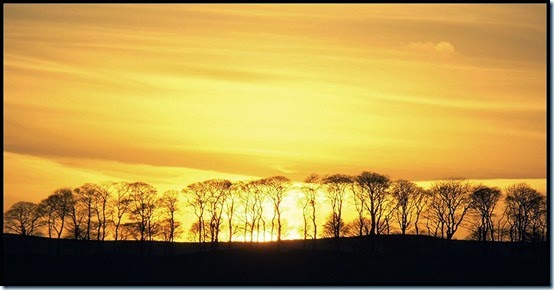