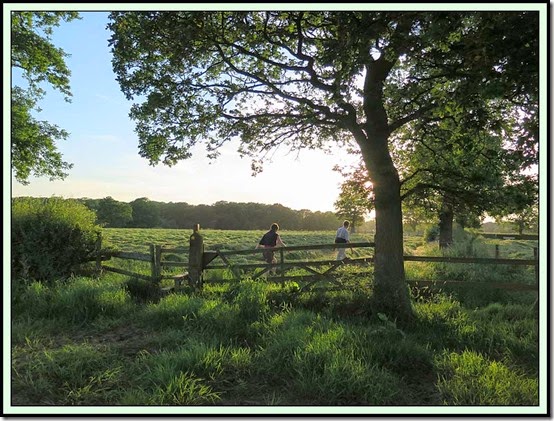 Leaderless due to our resident guide to Deepest Cheshire having decided to put his feet up for the duration of the World Cup, a trio of lost souls lined up in the comfort of the Church Inn’s beer garden.

Refreshed from a couple of pints of ‘Mallory Ale’, aka Dunham Massey Brewery’s ‘Big Tree Bitter’, we decided to stumble off into the hinterland of Deepest Cheshire. 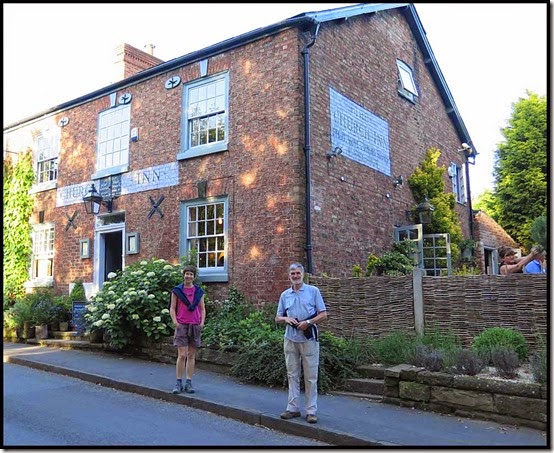 “Come back Andrew” was the cry as the ill prepared trio stumbled and scratched their way through the undergrowth. But all was not lost, we emerged at another watering hole with a lavish beer garden. Another couple of pints were sunk as we watched Mr and Mrs Rich down their lobsters. 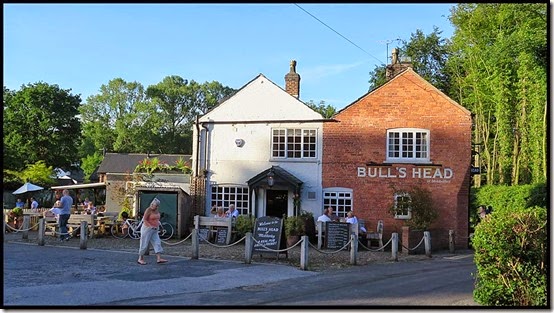 Continuing blindly on through more mud, we came across this small pond on a corner, from which we were able to locate our position – something of a miracle given the absence of our guide and his failure to provide a route. 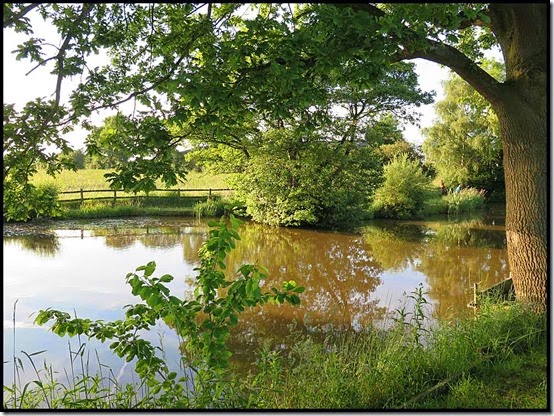 Warford Grange Farm does not welcome visitors. Everything is marked ‘Private’. Perhaps there are hidden secrets. However, some kind person had painted a line of green dots, which we followed to Mountpleasant Farm, where those helpful signs of guidance all merged into one in the field pictured below. 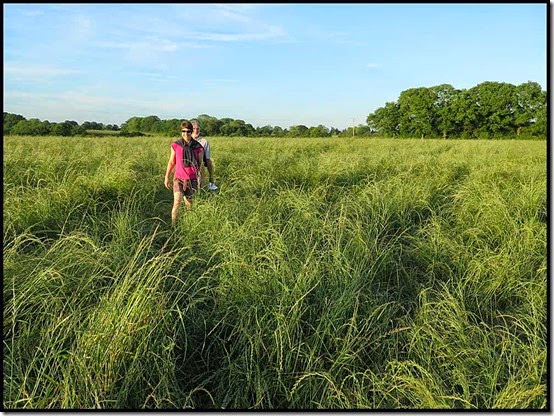 It didn’t help that the green dots had pointed directly westwards, exactly to where the sun was setting, and only one of us had sunglasses. Anyway, we splashed onwards, taking turns with the glasses and using the occasional tree (see header image) to protect our eyes from the glare. Any footpath was well hidden, but occasional yellow markers on stiles did give us some comfort.

We passed a nice looking tree. 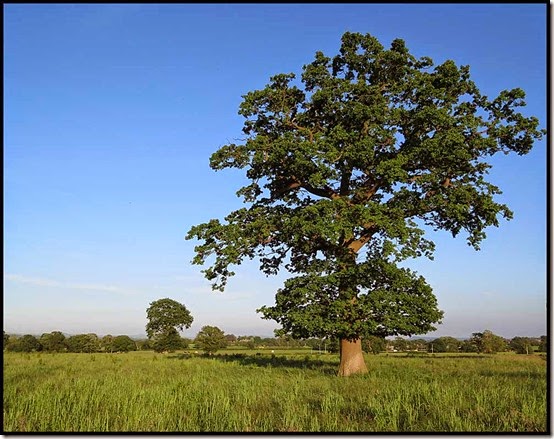 Looking around, we all agreed that we must be in the right place. Somewhere in deepest Cheshire. 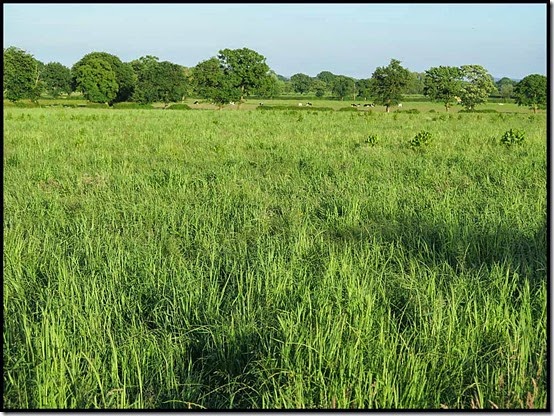 Walking backwards proved to be a good tactic – here I’m waiting for Graham (he’s generally fairly slow) whilst almost walking backwards into a ‘farmyard classic’ – you know the sort of car I mean, something like an E-type Jaguar used as a pig trough. 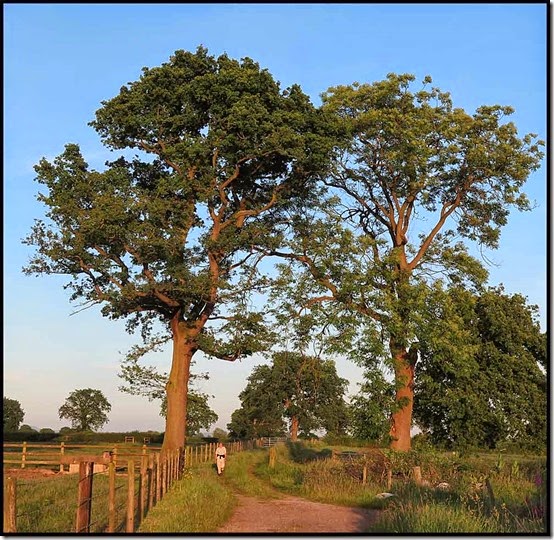 Pavement Lane saw us back on a less soft surface where Sue complained about the hard tarmac causing her feet to hurt. Some curious barn conversions next to typical farmyard detritus remain unsold. A ginnel about a metre wide led for some way through a newish housing estate and across the B5085 to a path beside a series of factories, before taking three sides of a square to reach Valewood Farm and re-enter Deepest Cheshire. Between here and curiously named ‘Dairy Farm’ (surrounded by fields of wheat), there were fine skyscapes if you didn’t mind the aircraft that seemed intent on a bird’s eye view of Deepest Cheshire. 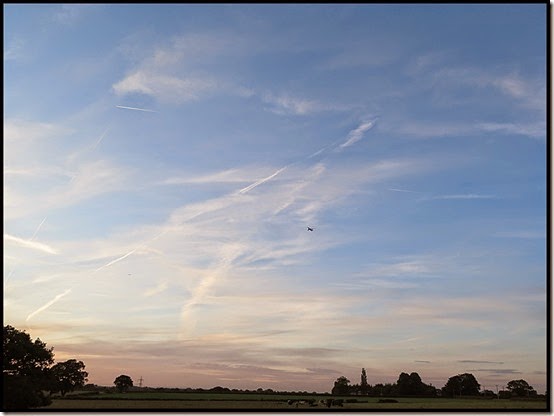 Over to the west the sun, having dazzled us all the way to Valewood Farm, gloatingly dipped behind the horizon. 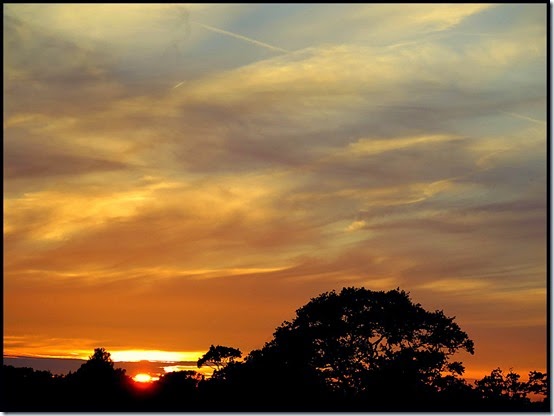 We were now heading east. “Gotcha” screamed the moon, as it jumped out from behind a tree and tried to blind us. 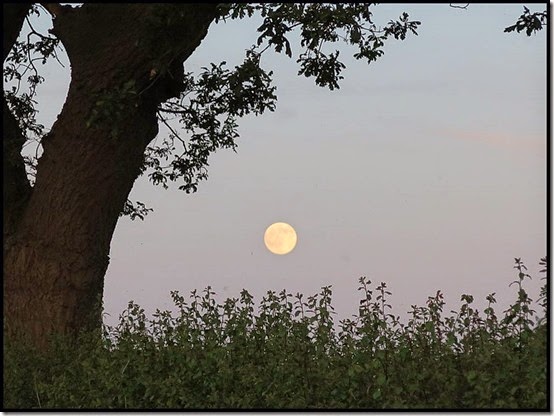 We were getting quite thirsty again, so we paused only briefly at St Wilfred’s Church where there’s an important window in memory of George Leigh Mallory who died on Mount Everest in 1924. The church has had a long connection with the Mallory family and contains numerous windows and memorial plaques to the family. 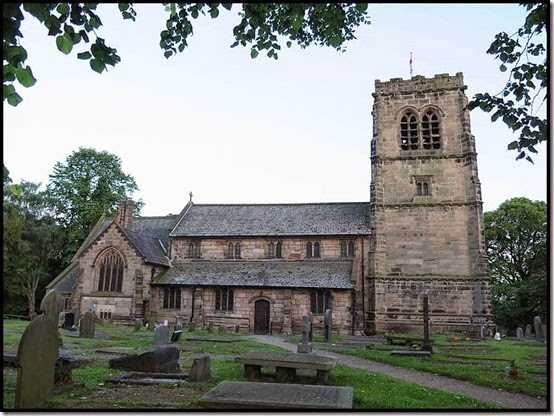 We noted from a random piece of gadgetry that we’d probably covered about 8.5 km and ascended around 75 metres. “That’s why Andrew didn’t come” we all realised at once –“It would have been too hilly for him”. 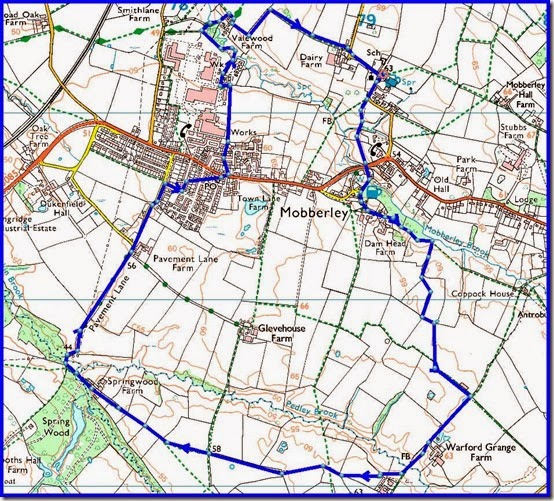 So, two hours after leaving the Church Inn’s beer garden, we were back there for another couple of pints of ‘Mallory Ale’, aka Dunham Massey Brewery’s ‘Big Tree Bitter’, listening to Mr and Mrs Richer discussing the finer qualities of the Menu. 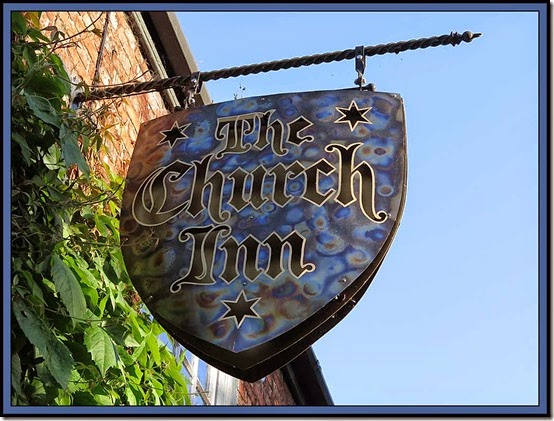 What a pleasant evening – sorry you missed it Andrew (and anyone else) and we hope your broken leg is better soon.

I was out for a walk around there a few days ago and was really surprised to find the crops so high and the fields so wet & muddy. I re-hydrated in the Bird in Hand....much cheaper beer!
JJ

That sounds like one of my posts when people assume I hadn't enjoyed the trip, but, "Oh no" I reply" it was great". An entertaining story whilst I munch my toast and marmalade at 7:30am - It's going to be a good day.

Our absent leader had chosen the Church, JJ, so that's where we went. The Bird in Hand will have to wait until the 'Mobberley 8'!

Yes Conrad, the trip was indeed 'great', though I'm rather distressed to hear that from my write up anyone would assume otherwise! I'm so glad you didn't choke on your toast - that would have been terrible!