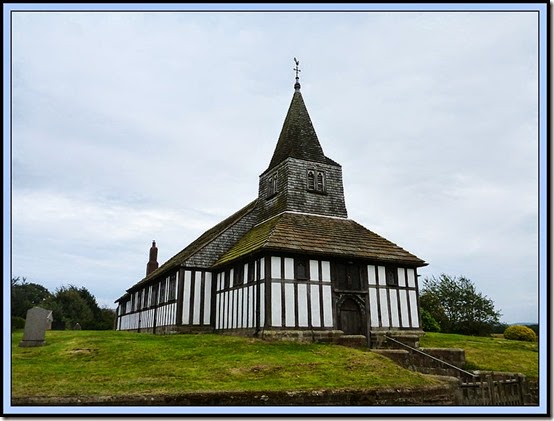 After a visit to Alan R (thanks for the Scotch) and a leisurely dinner with Sue and a pleasant bottle of Chablis, I joined Sue and Andrew in the Davenport Arms, Marton, for a welcome beer before this easy stroll through a few of Deepest Cheshire’s electrically fenced fields.

We soon passed St James' and St Paul's Parish Church, part of the Church of England in the Diocese of Chester. The Church building is thought to be the oldest of its kind still in use in Europe. It was founded in 1343, and much of what was built then is still there, including Andrew. 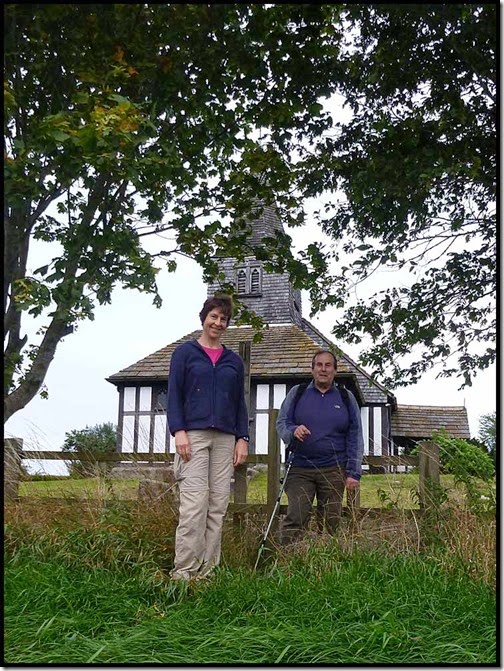 After a few fields we found a suitable post for a self-timed picture. Thanks to Photoshop I’ve been able to straighten the image. 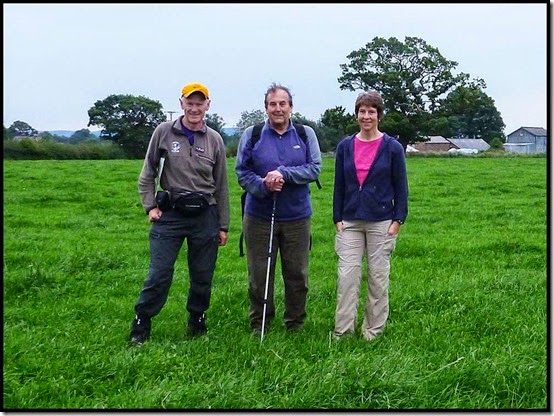 Sue found a friend who wouldn’t insult her, as is her habit, before reaching Sandpit Farm, from where a permissive footpath led pleasantly past Messuage Farm and onwards to arrive at the Black Swan in the Gleadsmoss district of Lower Withington. 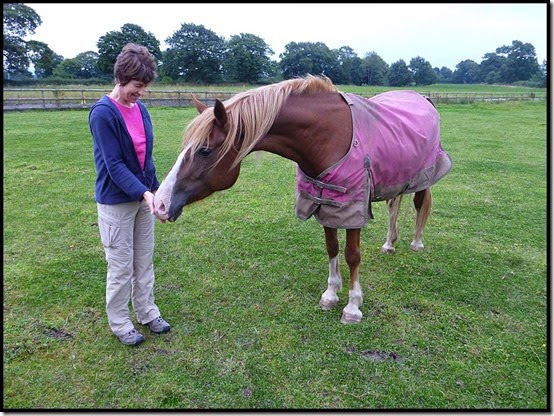 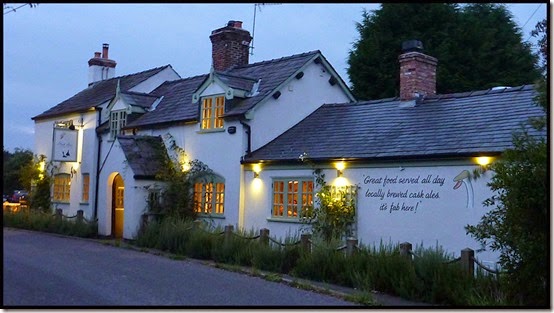 We downed a couple of pints before deciding to try to catch up with Andrew, who had deserted us beyond Sandpit Farm and taken a shortcut, claiming “my leg is still broken”, though we suspect the fleshpots of Marton (namely the Davenport Arms) may have been the distraction.

It was dark as we returned on the northern leg of this 8 km circuit to reconvene in the bar of the Davenport Arms.

A pleasant route, blighted only by a few inconsiderately lively electric fences that may have triggered a few faux pas in this report…. 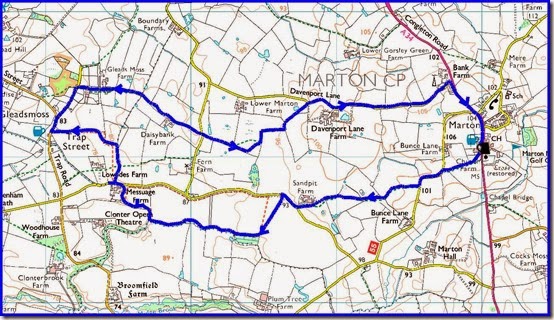 Don’t ask me how we managed to drive home!