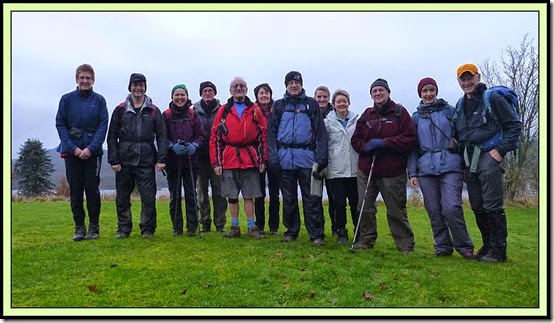 A rather damp day out with the Plodders, from Ghyll Head, where we are staying for a few days. Reg the chicken wisely chose an easy stroll, whilst the twelve of us pictured above embarked on a mini adventure.

It was dry for the walk to the Bowness ferry, but once we got to the west bank the rain started and waterproofs were needed all day.

The anticipation of crossing the lake in typhoon conditions had caused great concern, but thankfully the weather was not as bad as predicted and we crossed safely, albeit in a frenzy of excitement exhibited by those not accustomed to this form of transport. The ferryman did warn us that we might not get back, due to high winds. This caused some of the more anxious members of the party (Roger, Hilary, Peter – most of us actually) some worry for the rest of the day. 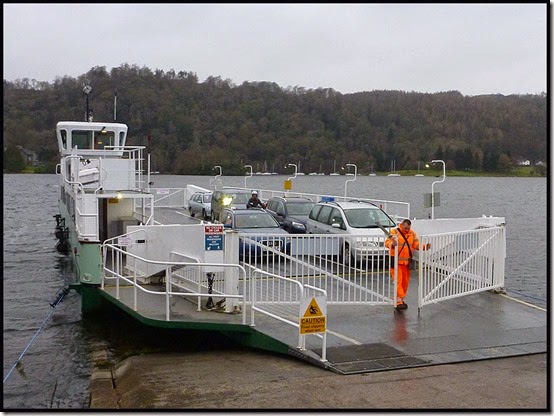 A half dead wood pigeon resisted Viv’s attempts to feed it.

After a while, and after some clamour for elevenses, our leader conceded to a brief halt. 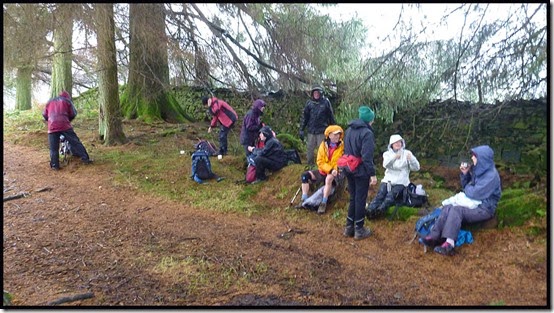 “Lunch will be later” claimed our 78 year old guide. Sadly, his memory seems to be fading, as lunch had still not been taken by the time many of us got back to Ghyll Head at 4 pm!

Some rather slithery sections were encountered as we wound our way through mist laden countryside. 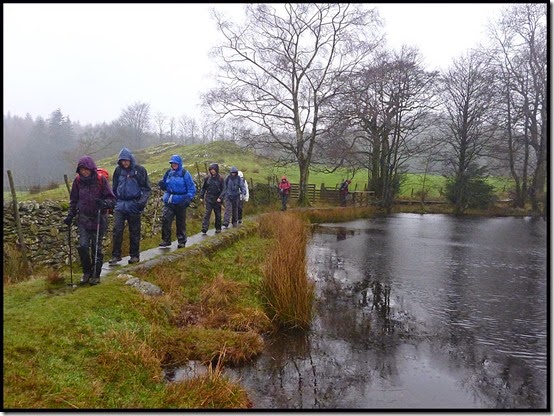 Moss Eccles Tarn’s dam proved a bit of a slippery challenge for Peter Haslam, who despite his commando training encountered much difficulty. “My soles are smooth” he claimed. (Not verified.)

Here he is, faffing over a simple stream crossing. 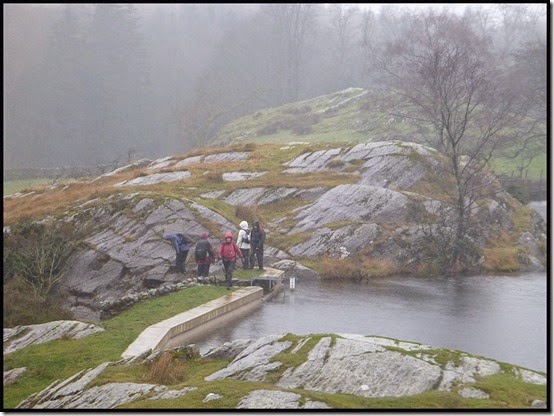 However, Peter soon recovered, and he and I were the only ones out of the twelve of us to venture to the easy summit of High Blind How. 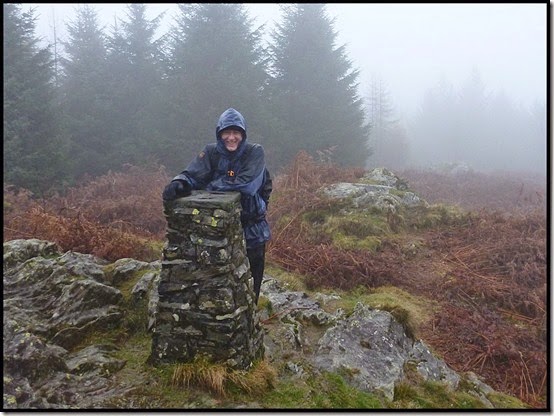 The forest walk in early afternoon seemed more like a night hike – the light has been brightened considerably in the following image, taken in heavy rain. 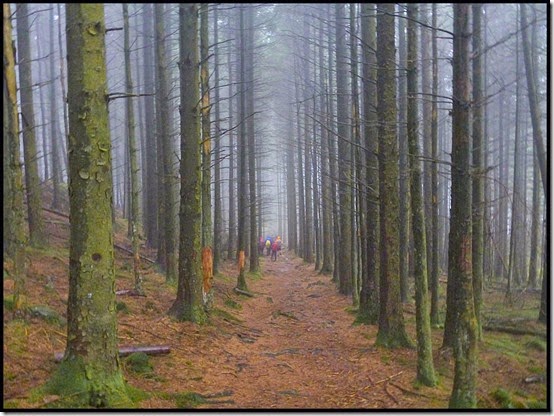 Eventually a few of us did manage to get a view across to Bowness, but the town was only just visible through the gloom. The predicted view of Helvellyn remained in the imagination. 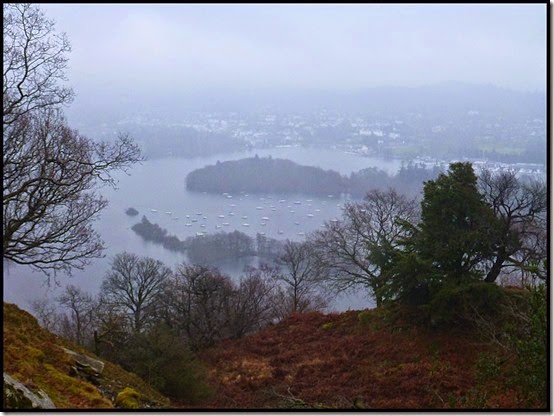 Mulled wine in the Cuckoo Brow Inn was enjoyed by most of the party – Kathy in particular enjoyed her half pint laced with dregs. Some of us surreptitiously ate our lunches outside, whilst the executive committee indoors raised their glasses to us. Then the rain got torrential, so we went in.

Some ‘slippage’ occurred, John P’s knee falling victim to the slippery rocks, so he and Neil walked back along the road, dutifully chaperoned by Hilary.

Here’s our route – 23 km, with 600 metres ascent, taking 6.75 hours. Thanks go to John B for leading the ‘west bank’ section of the walk, and to Peter H for guiding us to the ferry from Ghyll Head – and back, as nobody could remember the way. 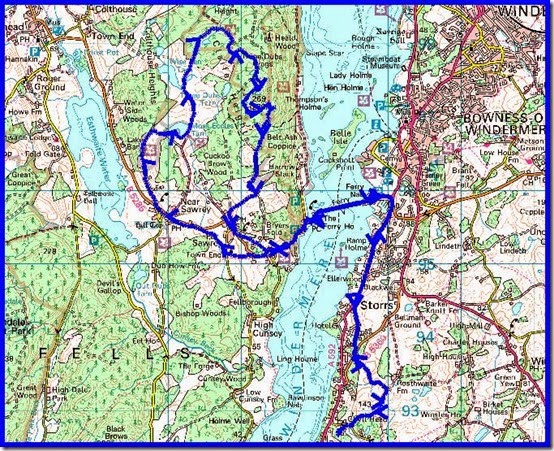 And tomorrow’s forecast is worse!

Finally, thanks go to Kathy and John P, who helped me to compose this entry.