The Alps - Days 1 and 2 - Timperley to Heidelberg 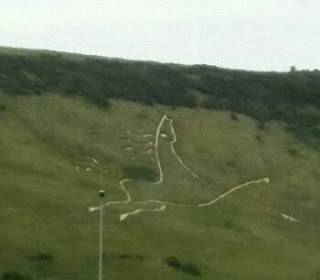 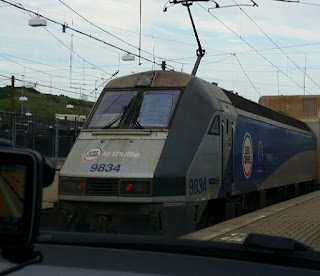 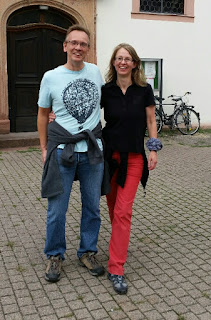 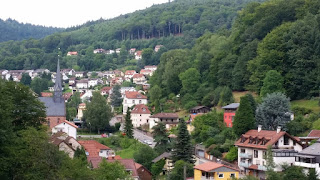 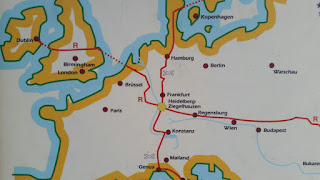 It started with a trip to the dentist, as planned. A long root canal session was abandoned in favour of running repairs, with Afzal being particularly meticulous in front of a student nurse who was practicing on me.

Meanwhile, I was worrying about how I would manage for three weeks without this phone. I'd intended heading straight down the motorway after my teeth had been sorted, but a trip home eventually located the phone in a drawer into which I'd shovelled the contents of my desk and a load of bubble wrap that must have muffled the phone when I rang it from the house phone. I'd left myself five answerphone messages!

The journey to Ashford went somewhat better. Even the M25 was moving smoothly. I finished up on le shuttle an hour and a half earlier than my booked time.

Time that I lost around Dunkerque driving around searching in vain in the dark for the hotel I'd booked. I even resorted to a McDonalds for food!

The 'Premiere Classe' was in name only, but it was at least clean and quiet.

And, whilst composed of basic ingredients, the breakfast was of the 'enjoy as much as you can eat and drink' genre.

A warm, sunny day was quiet on the roads apart from a short stretch around Brussels where some lorries had exploded. Heidelberg was reached after 400 miles, at 4.30pm, via some autobahns that confirmed that the Skoda can't quite reach 250 kph. Andrea's kettle and tea pot soon provided necessary sustenance.

Thomas arrived home from a stressful day at work (problems with two ink colours) and we all relaxed into a 9 km stroll through the woods and down to the River Neckar.

Klosterhof Heidelberg wheat beer preceded a delicious pasta and salad back at base. Meanwhile, in Timperley, Sue was ferrying hanging baskets and tubs of flowers to various friends for 'watering' during our absence, Andrea and Thomas having moved too far away to carry out the house minding duties to which they had become accustomed as neighbours of ours in Timperley.

So far so good... The bike is still intact in the boot of the car.

The pictures:
Top two - taken from the same place near Ashfotd
Andrea and Thomas and the village outside Heidelberg in which they now live

The map that Andrea insisted I include, showing Heidelberg as the walking capital of Europe. ...

Next Day
Back to Index
Posted by Phreerunner at 11:43