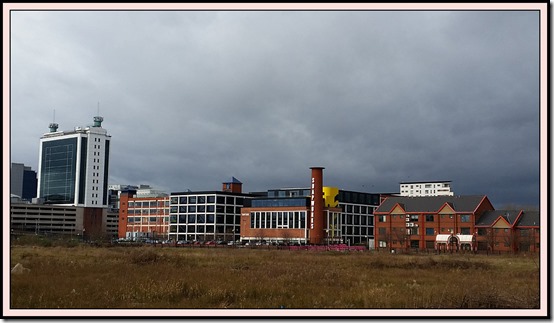 9.45 am – meet JJ and Rick at the Bridgewater Canal near Timperley Metro station. It’s great to be able to drop everything and enjoy a sociable stroll.

It’s a cloudy day but JJ keeps stopping to take photos. My phone camera only comes out when we take a route that I’m not familiar with. Instead of crossing the Throstle Nest Bridge to follow the towpath, we desert the canal in favour of the Irwell/Ship Canal path.

There’s a view, pictured above, across what is now wasteland but what used to be a hive of dockland industry, to a variety of buildings including the Soapworks, the modern reincarnation of the old Colgate Palmolive factory.

I’d not previously consciously observed this lock that links the Bridgewater Canal with the Manchester Ship Canal, namely ‘Number 3 Dock’. 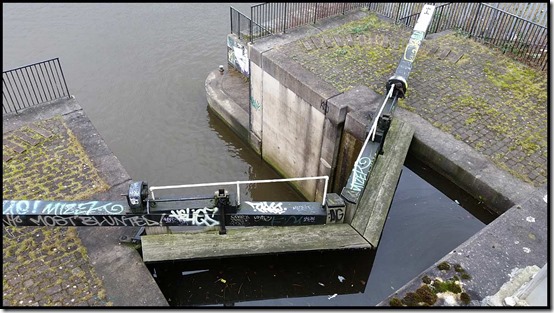 Here’s the view down Number 3 Dock to the main channel of the Ship Canal. 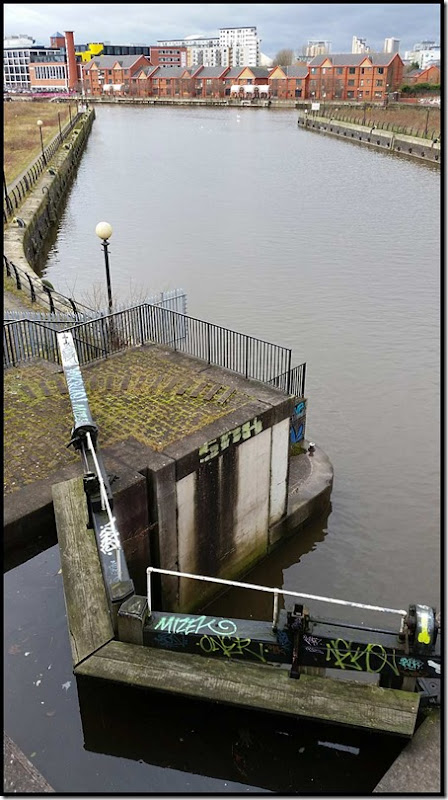 Ordsall Hall lurks between new buildings, just to the left of the foundry, in the view across Number 3 Dock. 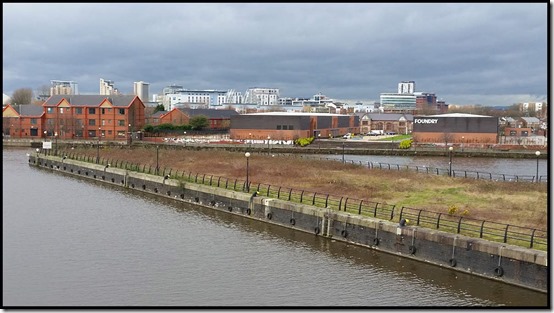 There’s every chance that Peel Holdings will allow construction hereabouts, so it’ll be interesting to see photos taken from the same point ten years from now.

We exit the canal system to Liverpool Road, where the Science and Industry Museum nearly lures us in. We decide to plan a proper visit in a few weeks time.

Across the road, the Air & Space Hall insists on getting us to pop our noses through the door. 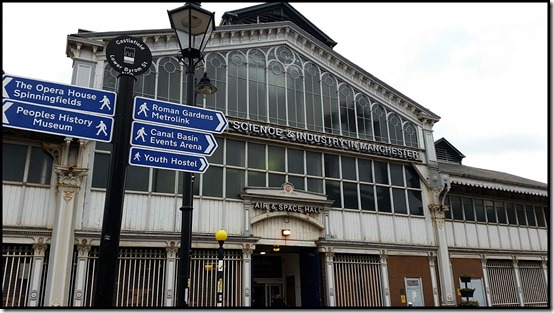 The other side of that door, an English Electric Lightning – basically a massive jet engine behind a small cockpit, brings back childhood memories. 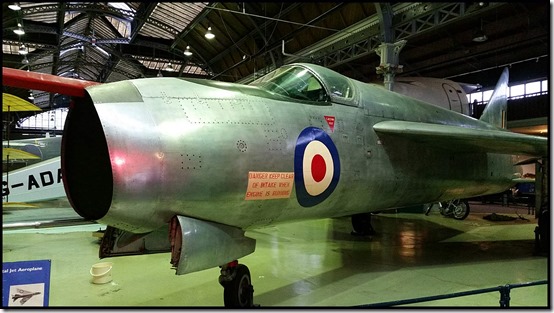 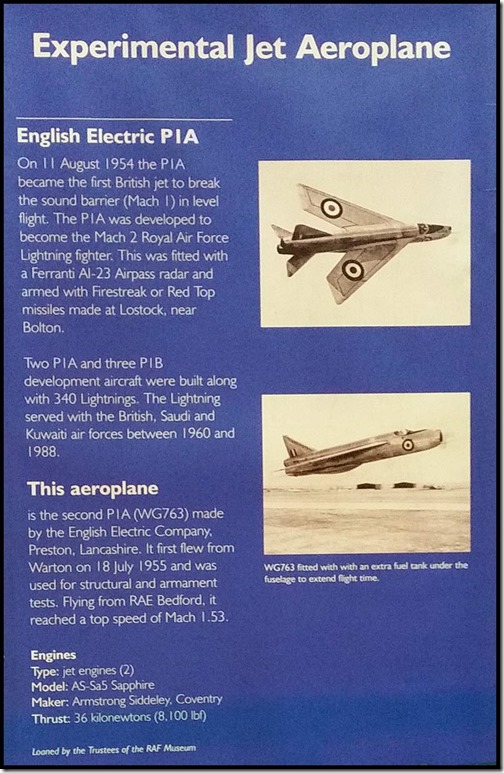 Katsouris, at the junction of Deansgate and John Dalton Street, provides us with an excellent Mezze lunch that means none of us will need anything more than a snack later. At the next table a corporate ‘Jolly’ is being planned by a group who sound as if they will be visiting the vast system of slate mines at Blaenau Ffestiniog.

Cotswold replaces my faulty Aquapac (waterproof case for telephone) and Evans Cycles meet JJ’s needs. The bell he selects doesn’t seem to be on their computer system, so he gets it for nothing.

We passed to and fro beside this intricate sculpture of Chopin on Deansgate. He visited Manchester just once – in 1848, a year before his death at the age of 39. 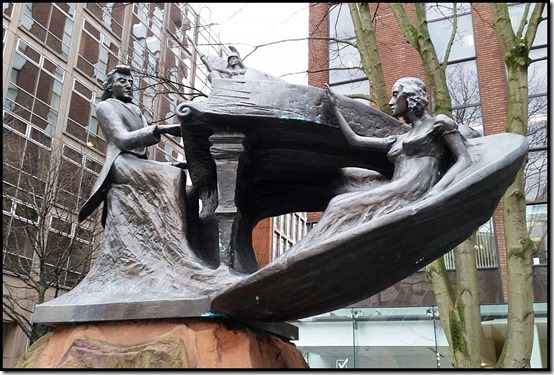 We were back at home by early afternoon.

That graffiti at the docks is a poor do compared with your masterpieces from SA.

So, there was only the curry missing then!