So he endured a marathon bus/tram journey to Timperley. JJ turned up for coffee and cake and the ensuing stroll to the This ‘n That curry house in Soap Street. (Well, poor JJ missed the curry – he had to dash off, or did he simply morph into Sheila?)

We took a fairly direct route along the Bridgewater Canal towpath so no map is needed today; my Garmin recorded about 15 km in total.

I wish I’d taken photos of Manchester more regularly since I first arrived in 1967 – at which time steam hauled goods trains passed frequently by our lecture room windows at UMIST, and Market Street was just like any other busy high street.

Aidan O’Rourke gave an illustrated talk at SWOG a couple of weeks ago that demonstrated the value of taking regular pictures from the same spot, recording changes in the city landscape. I haven’t got his ‘then and now’ images, but some of those below could eventually become ‘then’ snaps!

The Bridgewater Canal divides at Waters Meeting in Trafford Park. The 250 year old towpath has recently been restored. Here’s a picture from the bridge over which we continue towards the lock that links the Bridgewater Canal with the Manchester Ship Canal, looking on here to the path to Eccles. 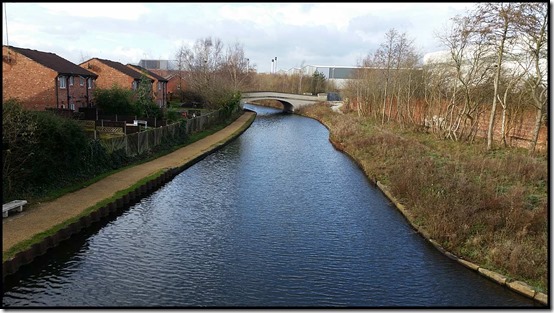 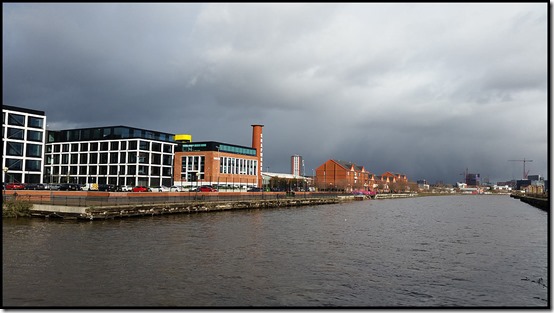 A bridge across the Ship Canal/River Irwell is followed by one of my regular bikes rides, but it’s eschewed by Curry Walkers. 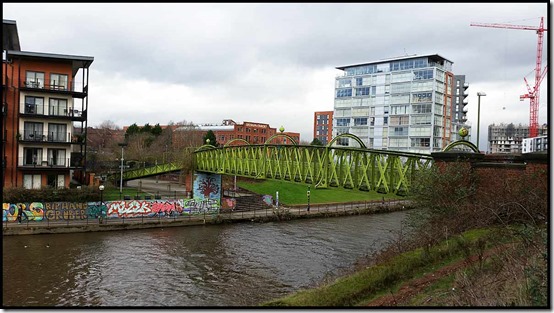 The graffiti in this part of Manchester leaves a little to be desired. 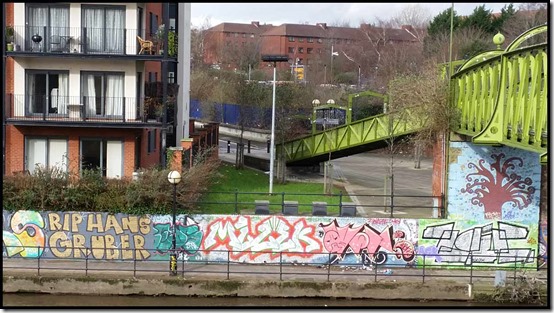 The towpath leads to Merchants’ Bridge in Castlefield, which we cross to wend our way towards Deansgate. 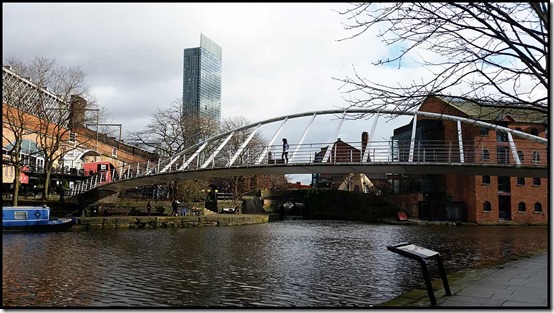 Castlefield (on which there is a plethora of information here) is full of Victorian constructions, many topped with castellated stone as a gesture to the Roman Fort that was virtually destroyed in their construction.

There are newer buildings here as well. Can you spot the YHA? 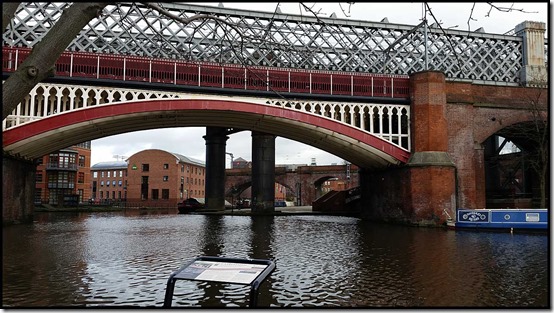 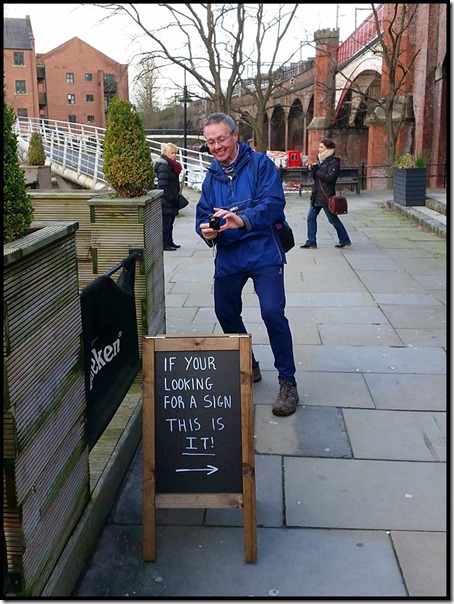 Alan was inside the bar – his attention span didn’t reach beyond the first line! 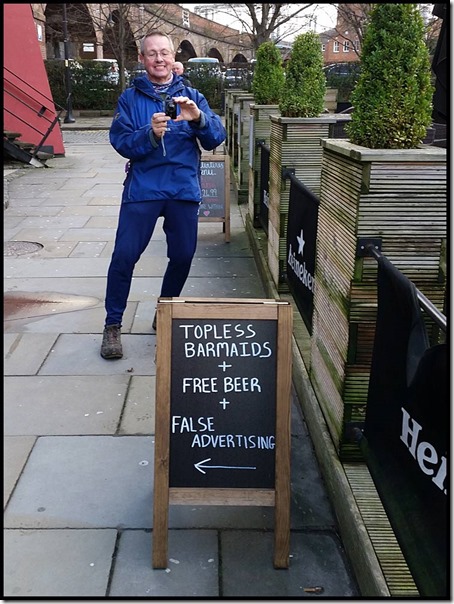 St Peter’s Square is in a state of flux. The new KPMG building is on the right; the metrolink station has gone, for the time being, and trams pass without stopping. 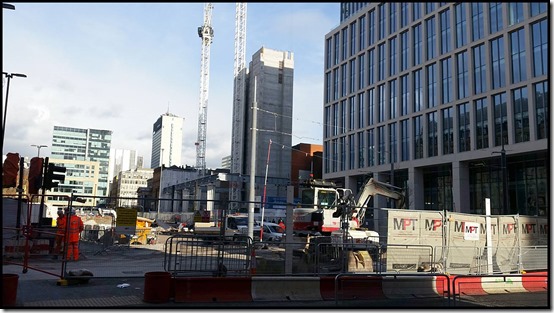 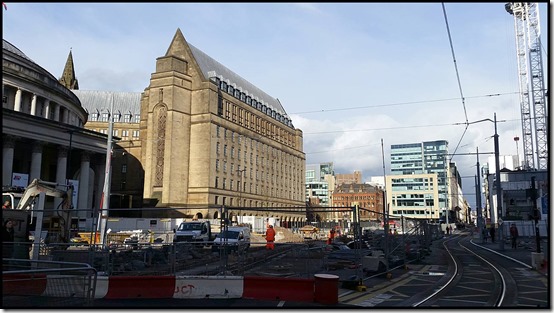 The square will look quite different in a year’s time.

Later – Spinners Quiz in Adlington – jackpot now up to £550 – nobody won it – we did however gain a tenner between our team of five for winning the Snakes and Ladders contest!

Wish i had been in the bar. A good sign for Conrad i think.
St Peters square will certainly look different and i hope it doesn’t take too long to get the tram station running again. Its a drag having to go to Castlefield. (Or Piccadilly of course).