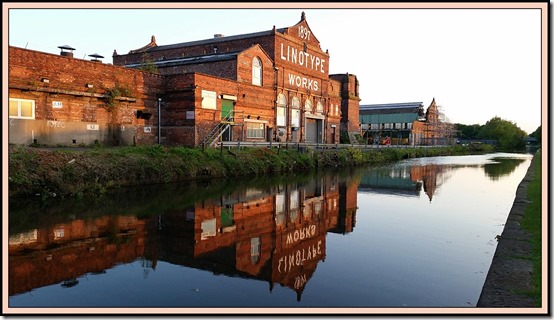 Since having to bail out of this year’s TGO Challenge (due to family health reasons and other stuff), our good friend JJ has been out walking most days or evenings.

On this fine evening a call from JJ soon after 8 pm happily rescued Sue and me from the waste of an hour in front of the miserably unrevamped ‘Top Gear’ and saw us meeting him and Rick at Timperley Bridge at 8.30.

This snapshot from the bridge, looking towards Brooklands, should give the reader a fair idea of the ambience of the evening. 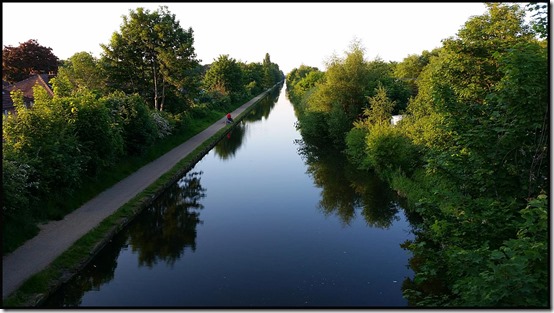 As JJ reports in his own blog, “the easiest way out of suburbia from here is via the Duke’s Cut where it’s possible to walk north into Manchester or south-west towards Warrington”.

The idea was JJ’s, the route was Rick’s. He was taking a break from a hectic weekend of dance at Chester Folk Festival. As JJ comments, “much of it was over ground we’d covered before although there was some ground not at all familiar to me – surprising, considering how close it is to home”.

Our route followed the canal towpath towards Dunham, as far as the Bay Malton.

We’ve walked this way many times before and similar pictures to some of those below can be found elsewhere in these pages. 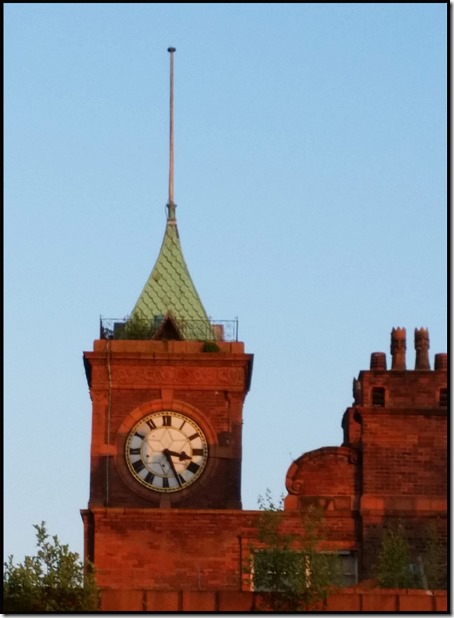 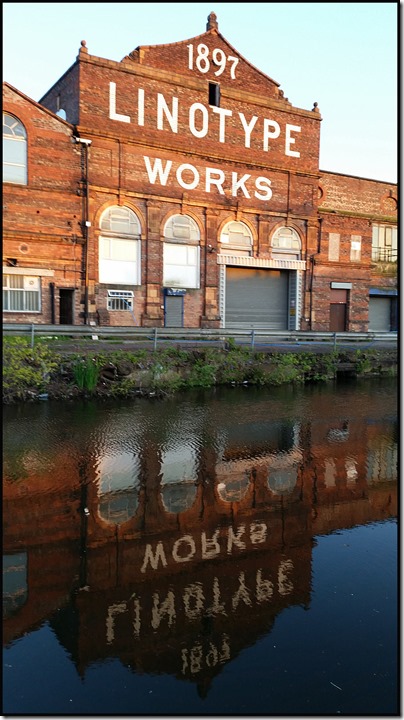 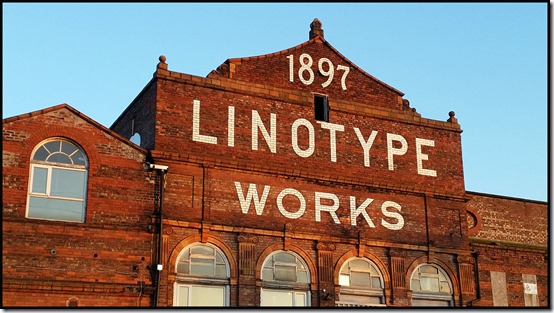 But times they are a changing. The site of the old Linotype & Machinery factory in Broadheath is being redeveloped as a brownfield site for new homes. 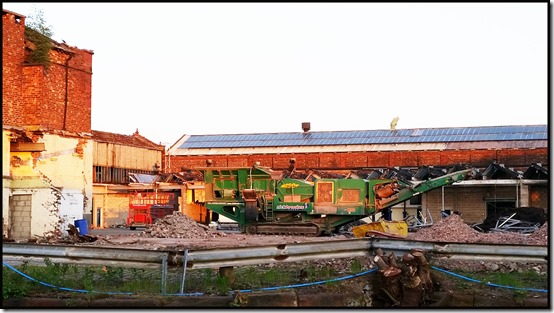 And here are my companions for the evening, slightly fuzzy due to the failing light. We were pondering the good (the use of a brown field site for building houses) and the bad (the absence, perhaps, of any infrastructure provisions).

Incidentally, until recently this canal towpath was a quagmire. That it has been re-laid is definitely a Good Thing. 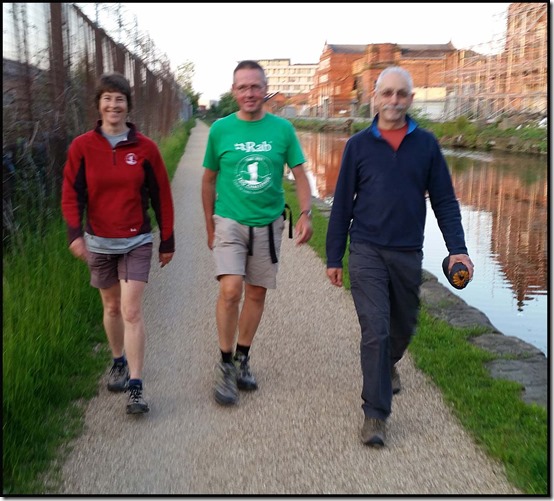 Our route continued, according to JJ, “with a wander along the footpaths of Dunham’s golf course, some quiet paths and roads into and through Altrincham, across Alltrincham golf course (where the local yoof were taking full advantage of the lack of golfers….we were all 14 once. I think)”.

It was dark by the time we got home. Here’s our route – 11.5 km with 70 metres ascent, taking the best part of two and a half hours: 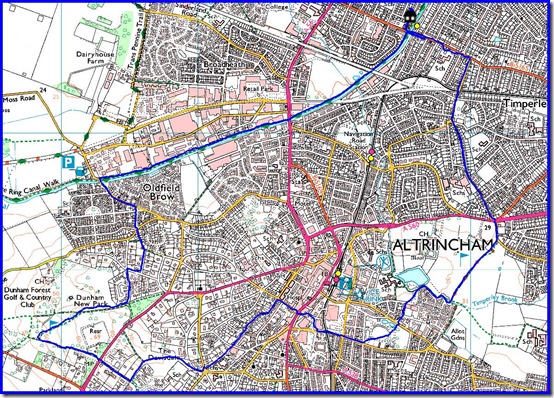 Thanks, JJ, for triggering a lovely evening in the best of company.

Thanks for coming along, it was a successful & very pleasant little jaunt!

Thanks again for the timely call, JJ.