A Visit from Jessica 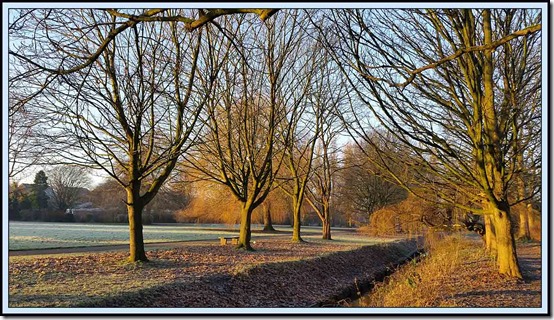 This entry is family biased, so skip it if you aren’t interested. Great Grandmas read on!

Yesterday morning Sue and I wandered off to the shops before taking delivery of a grandchild. The path through Woodheys, beside Baguley Brook, was particularly attractive in the morning light.

Jessica duly arrived. At three and a bit she is at a delightful age. Ready to help with everything, well beyond nappies and ‘accidents’, and very amenable and self sufficient.

Whilst I went for a short jog along the canal towpath and established that my sore calf was still very sore, Sue and Jess played on the frost covered swings at Newton Park. It was parky, but a good 30-40 minutes was spent on this one swing… 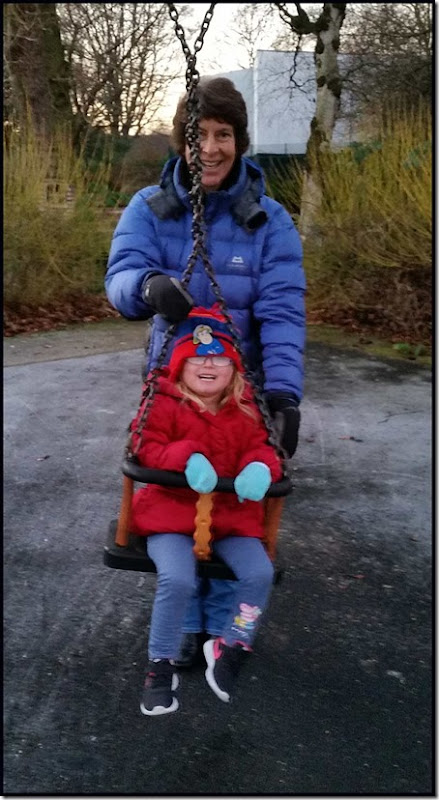 Pasta and tuna with a cheese sauce had the youngster craving for more. “This is nice” she remarked, “I’ve been asking for pasta all week”. It seems that Christmas leftovers in Bacup didn’t feature pasta.

‘Frozen’ (a film) was watched whilst I checked out some diary entries from 1993. What delights you have to come! Unlike her older brother, this little girl is a Good Sleeper. After a reading of my cousin’s book, ‘Seen and not Heard’, she embarked instantly on an eleven hour sleep. Sue and I both wish we could match that!

So we were able to have our customary holiday lie in. Sue and I have received some panettone for Christmas, and are enjoying it for breakfast. “What’s that?” Jess asked, “we don’t have that at home”. She soon got the hang of removing the paper and tucking in to this Christmas classic. The coco pops were returned to their packet. 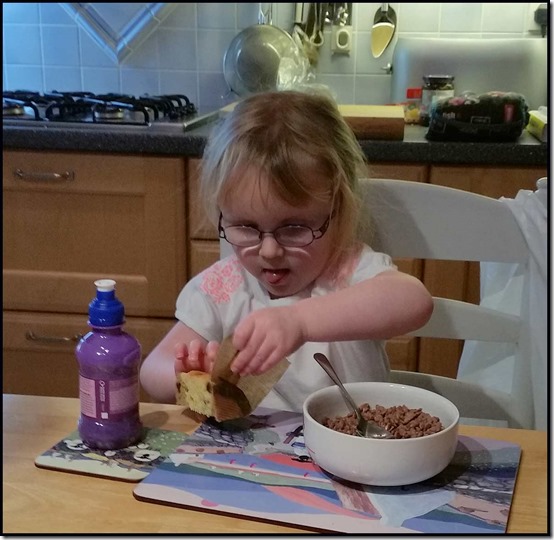 We are running short of mince pies, so Sue decided to make Jamie Oliver’s filo version. This involves brushing filo pastry with melted butter. A great job for a three year old. 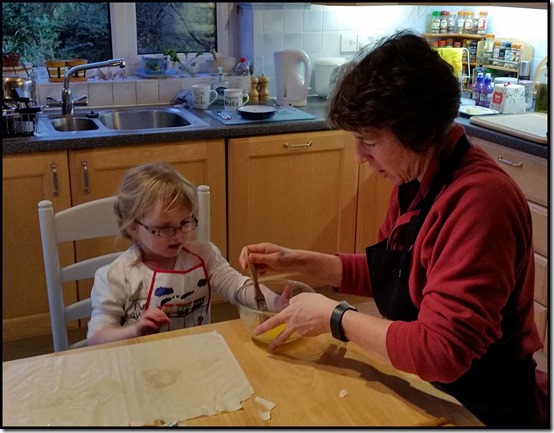 Then we fed the birds and Jess waited by the window to watch them enjoying the worms. “While I’m here I may as well wash up” she was telling me. 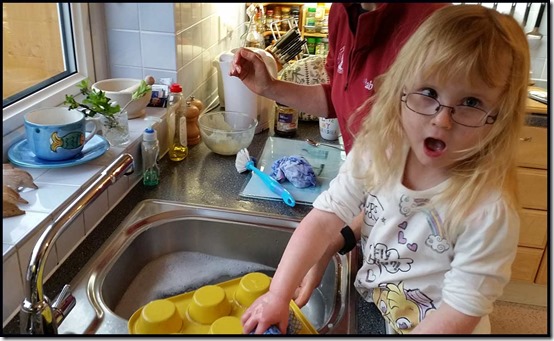 Then, after some fun with Play Dough, Jess went home. What a delight she was to have for 24 hours. We hope she can come again soon (in between our globe-trotting).

My four year old Katie and her Mum went home on Thursday after a six day stay. Now that K can take part, intelligently, in games and the like Christmas was the best for many a year. Your descriptions paint a similar picture to our festive season here. After a grand tidy up on Thursday I was off for another section of the Cumbria Coastal Way (post is WIP at the mo.) yesterday and it was good to be out again.

Yes Conrad, Happy Days, and no worries at all at the (temporary) abandonment of todo lists!