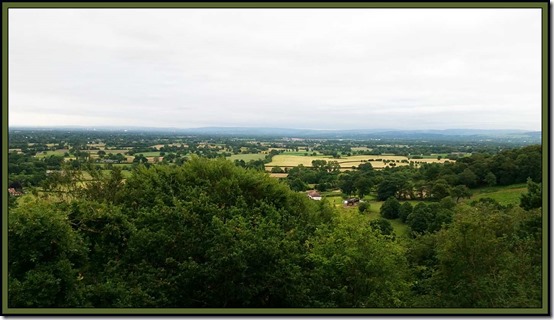 For the second of Andrew’s ‘Deepest Cheshire’ walks this summer, he ventured into the familiar territory of Alderley Edge, with an unfamiliar ascent of 150 metres not normally encountered in Deepest Cheshire.

Anyway, it was the Famous Five who assembled before 7.30 pm at the De Trafford Arms in Alderley Edge, where it was warm enough to enjoy an al fresco beer before setting off.

Then a short uphill slog through pleasant woodland brought us to the wide view across the Cheshire countryside to Greater Manchester, with the city’s skyscrapers, complete with combustible cladding, clearly visible, the masts of Winter Hill looming behind them. 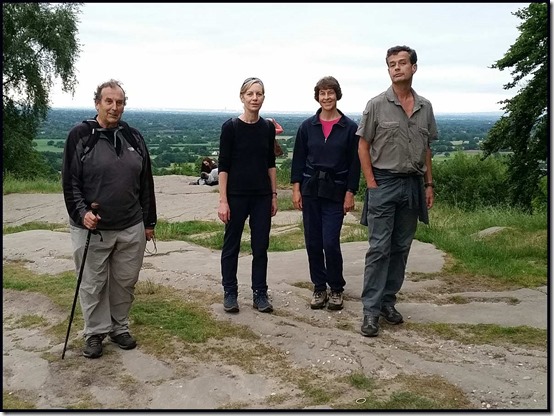 There’s an Armada Beacon near here, built on top of a Bronze Age ‘bowl barrow’ or burial mound. 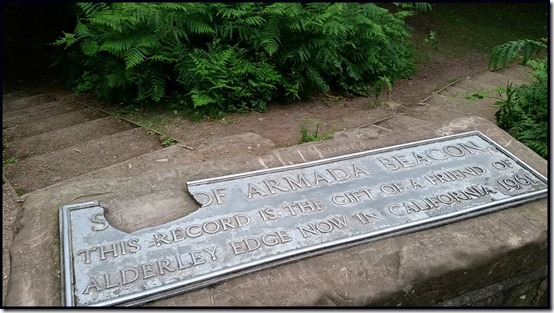 After passing the site of the Hagg Cottages, mineworkers’ houses demolished in the 1950s, we left the escarpment and descended past well securitised properties owned by millionaires to the fields of the Cheshire flatlands. The light levels were low. 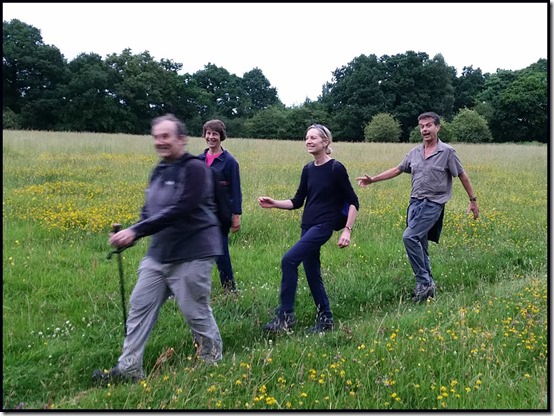 This used to be a mining area, like Wednesday evening’s venue, but now it’s a sanctuary for the rich.

After a while we passed the 14th century St Mary’s church in Nether Alderley. I’ve described this before. The awful Hamilton family lived next door. 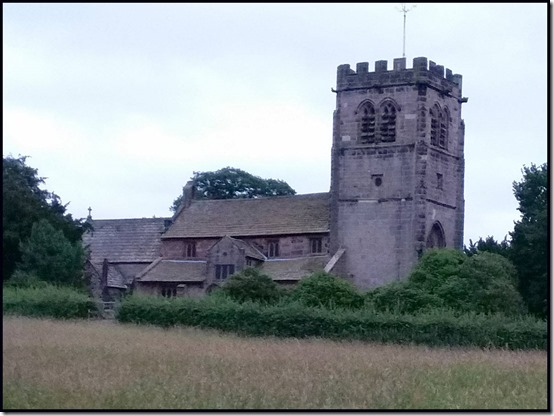 In fact I’ve described walks and places in this area a few times, so there’s no real need to add much here. If you are interested, click on the Alderley Edge label. The field paths led us pleasantly back to Alderley Edge village.

Here’s today’s route – an amiable 8 km in a couple of hours, followed by a welcome beer in the De Trafford Arms. 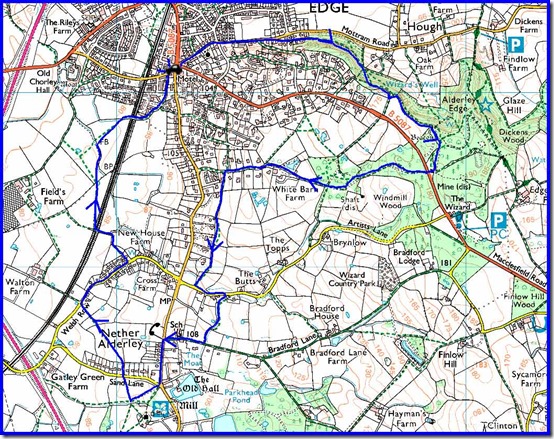 Next outing:
Thursday 6 July - 7.30pm from the Wood House Garden (SJ 808 702). Postcode for Satnav SK11 9DX. Parking at rear of house. Refreshments before an amble around paths and lanes in lush dairy farming country. All welcome.