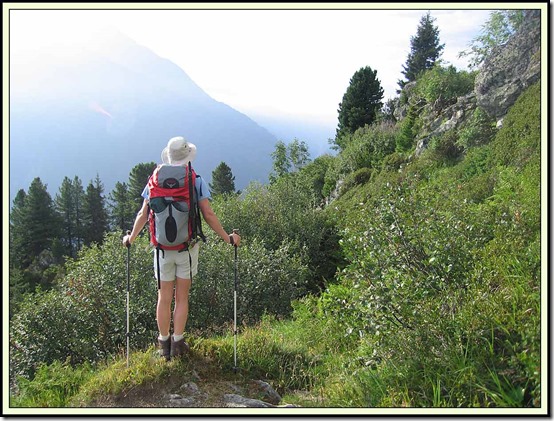 Woke at usual time - 6.45am - after father and son had bucked the familiar crisp packet ritual and quietly removed themselves to breakfast, which was laid out in the positions we had occupied last night.

We don sun tan cream before heading off from this last high residence - for a month, anyway - it's a nice day with high cloud, but there's an 'end of term' feel as Manfred is gone* and the others, all strangers really, head up not down.

Anyway, we take the Hermann-Hecht-Weg to start our 1200 metre descent to Mayrhofen. 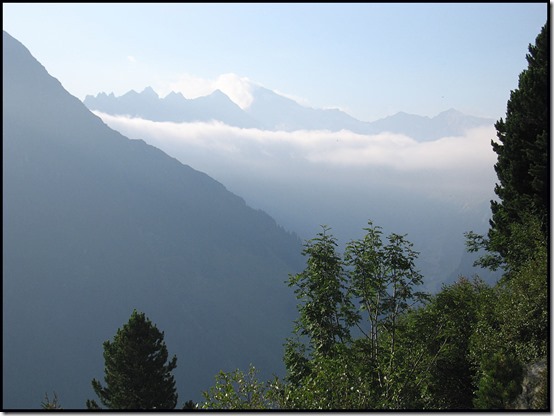 Decide against the shorter descent to Ginzling, as we may not be able to afford the bus fare from there. 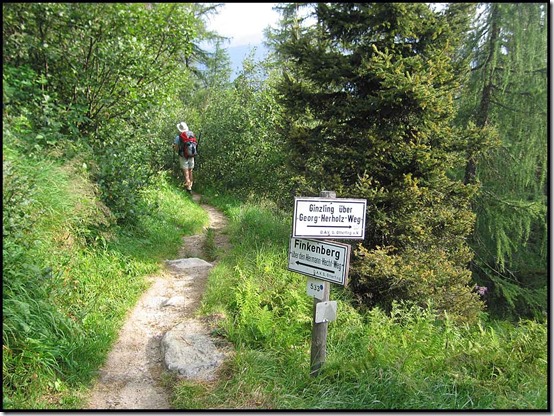 It turns out to be a lovely woodland walk in the cool morning air (usual 8 am departure) through the bilberry zone, then the raspberry zone, and into the pine and fungus zone. 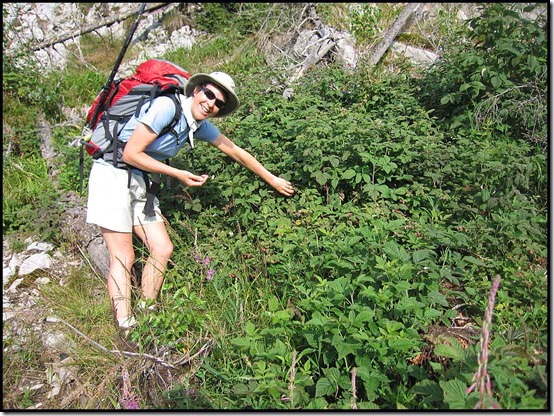 Views across the main valley to various parts of our route over the past week. We are in the sun, but Mayrhofen looks rather grey below as high clouds build up.

Lots of lovely flowers - many different from those seen over the past week, as we are lower. 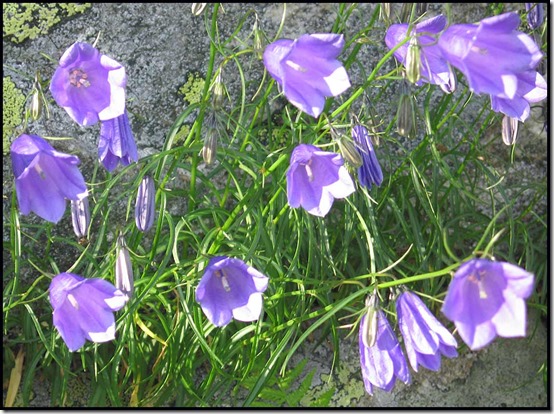 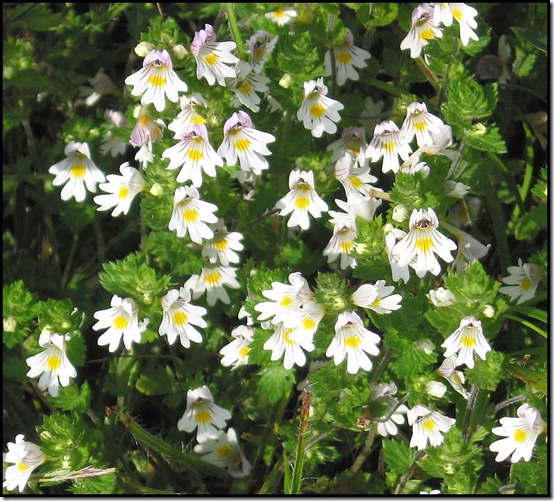 We descend through thick woods to gradual awareness of motors and industrial noise below, after a week away from all that.

Green arrows on rocks mark the route, that has been bisected many times by a LRT that now runs up the hillside, presumably for logging.

At 9.45 we reach a road at 1000 metres. From here we follow yellow signs - the first three all say 'Mayrhofen 1½ hours' - up past a football pitch, then gently down through woodland to join the old road to Ginzling, from where we stroll into Mayrhofen after a three hour walk, and spend our remaining cash on coffee at Café Solo, before a visit to the money shop and reunification with the bus (our large car) - it's had a nice rest at the cable car station.

The last lap into Mayrhofen 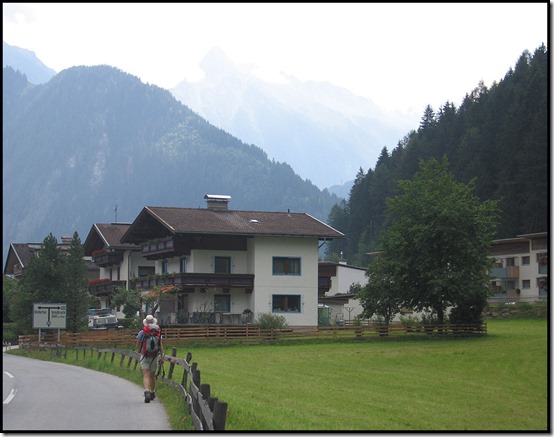 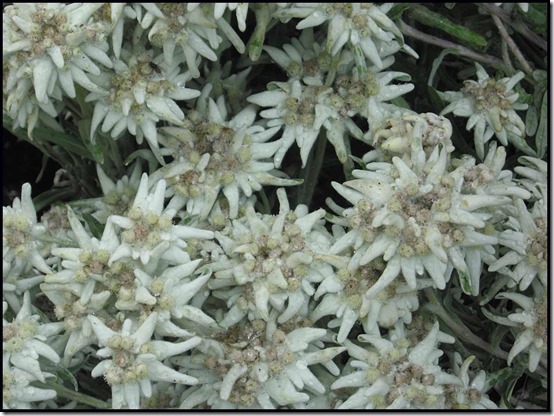 Then we book in and set up camp at the crowded but well equipped and quiet campsite. The showers are great! Then up to Ginzling for lunch at the Alte Hotel Ginzling for deep fried trout, as recommended by Allan Hartley. Even the skin is delicious. We have no gripe with Allan on this.

Later – a deluge in Mayrhofen 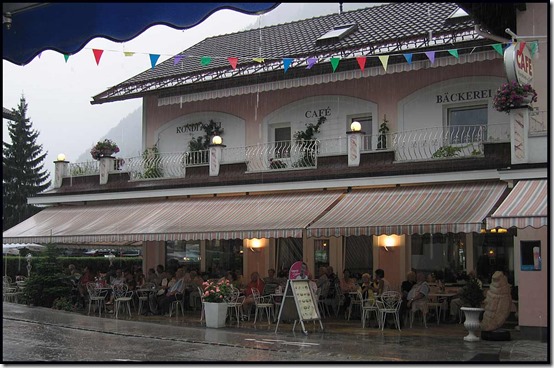 Here’s our route for the final morning – about 10 km with 250 metres ascent. 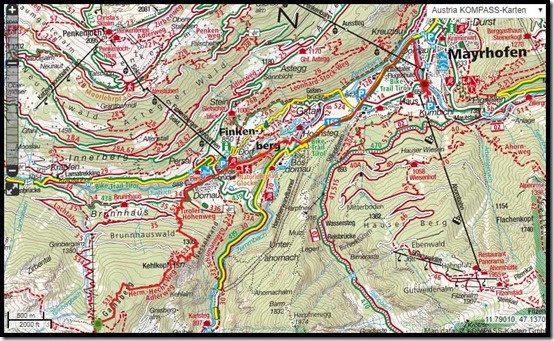