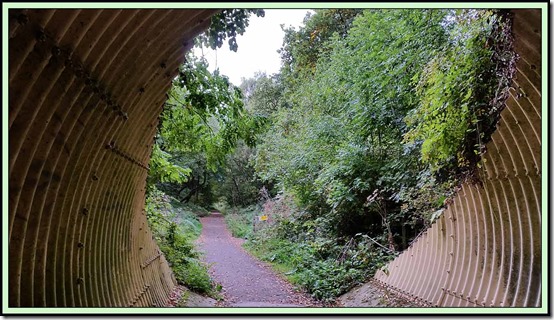 This was a very similar outing to that on 21 March 2017 with Paul and Andy. I omitted the Fox Inn loop and extended the route to 28 km by heading through Mellor to visit recently bereaved Linda in Hollins Lane.

Starting on a dull day down the Middlewood Way for 6.5 km, with an annoying headwind today, the track passes through a short corrugated iron tunnel before reaching the station at Nelson Pit in Higher Poynton. 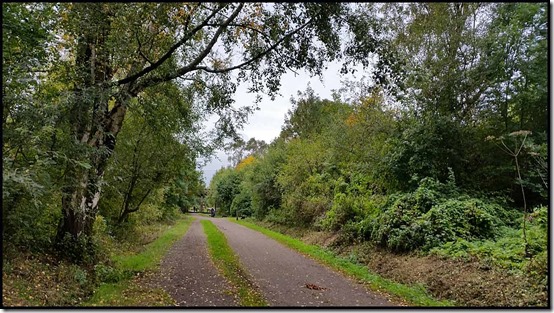 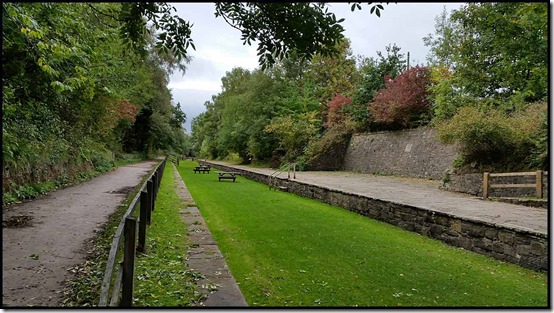 After leaving the Middlewood Way to pass under the Macclesfield Canal, the route enters Lyme Park at West Parkgate. There’s a long and gentle ascent to another gate, pictured below beside a wall that needs to be rebuilt. On this ascent I encountered a group of park rangers including Nigel from SWOG. The rangers were learning about the geology of the park, and Nigel told me about some erratics near The Cage.

Nigel has also told me that he will be doing some dry stone walling. Apparently there is a constant need for wall maintenance around the park, for which the volunteers are greatly valued. 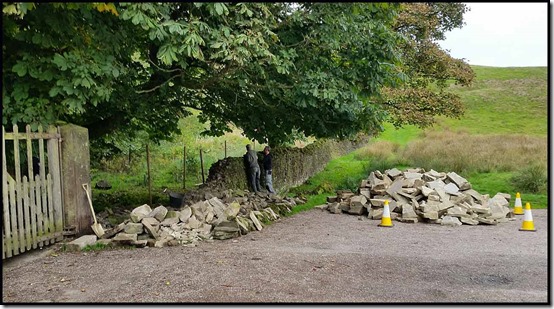 Lyme Hall soon came into view. It’s a magnificent building. I must find time to go round it sometime. 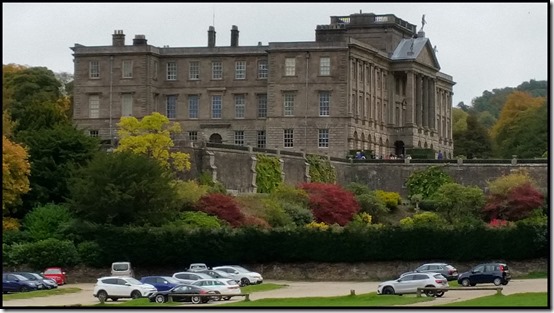 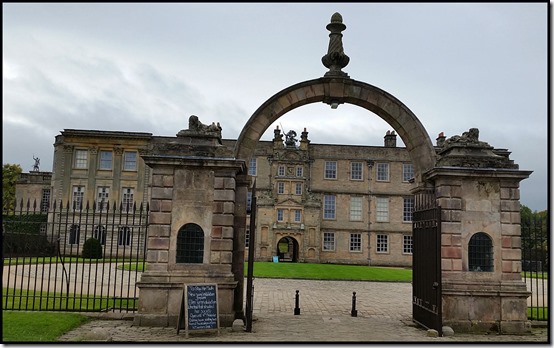 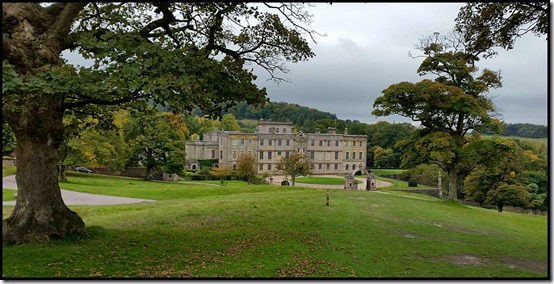 On a short promontory beyond the hall, is the Cage, originally a hunting lodge but later used as a park-keeper's cottage and as a lock-up for prisoners. 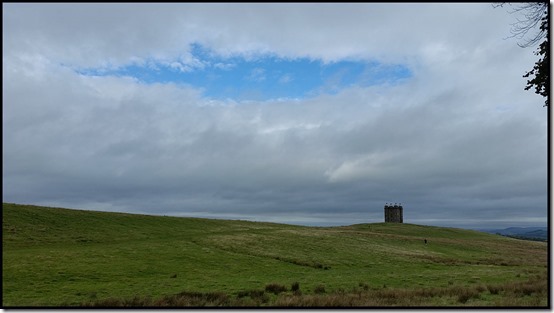 I went onto the promontory to investigate the boulders referred to by Nigel as being of geological interest. They apparently originated in the Lake District and they must have been deposited here by a glacier, some time ago. The first is shown below. 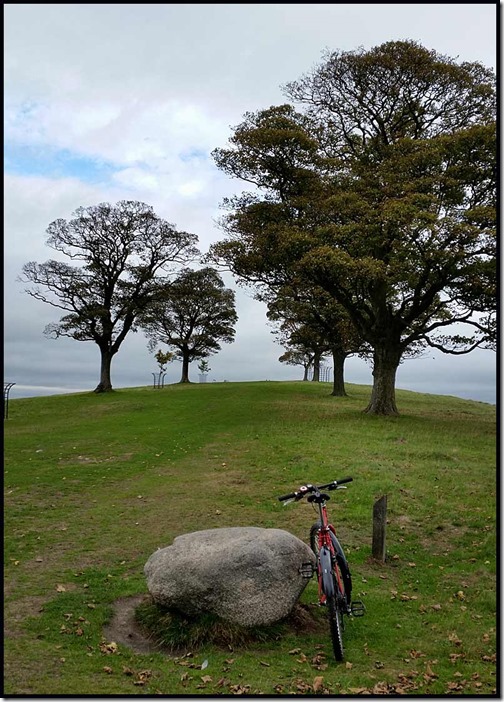 The second boulder, not far from the Cage, is a bit bigger. 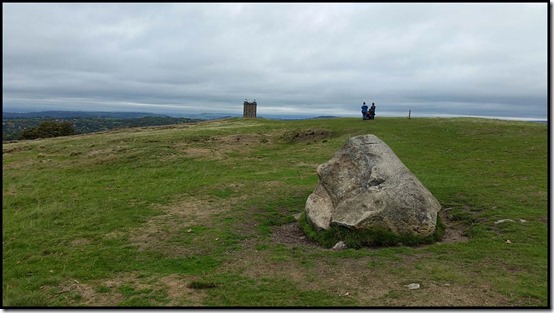 As I was taking the above picture, I spotted a couple of the red deer whose ancestors have lived here since at least mediaeval times. 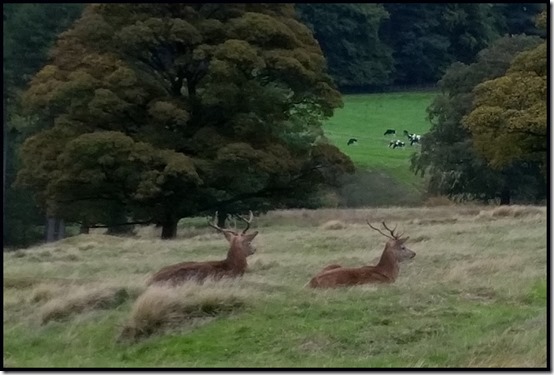 The day remained overcast apart from a brief spell of sunshine that I enjoyed by the Peak Forest Canal. Meanwhile my route exited the park and spent some time on the Gritstone Trail path, with views towards New Mills. 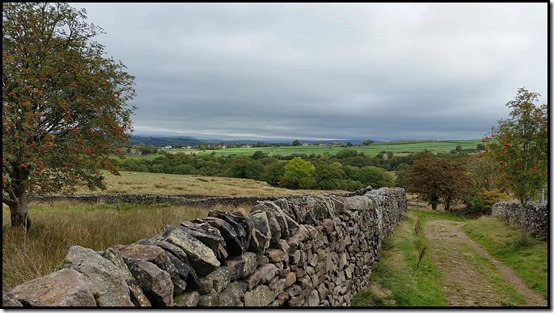 Though the picture doesn’t necessarily show it, this tree was absolutely laden with red berries. I imagine it comes under siege from time to time from migrating birds. 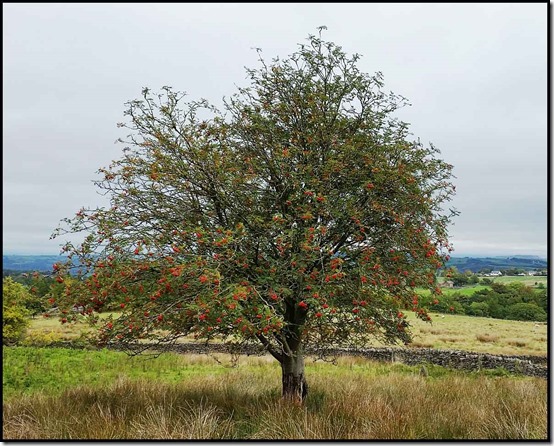 Steep paths with a dollop of loose rocks lead to the Peak Forest Canal. En route my back tyre picked up a metal tack. Had this happened last week, I’d have been in trouble, but earlier this morning I had called in at Bike Shak to buy the correct adaptor for my pump. It was needed, as was my spare inner tube.

The canal was littered with leaves, a first sign of autumn despite the lingering green of the foliage. 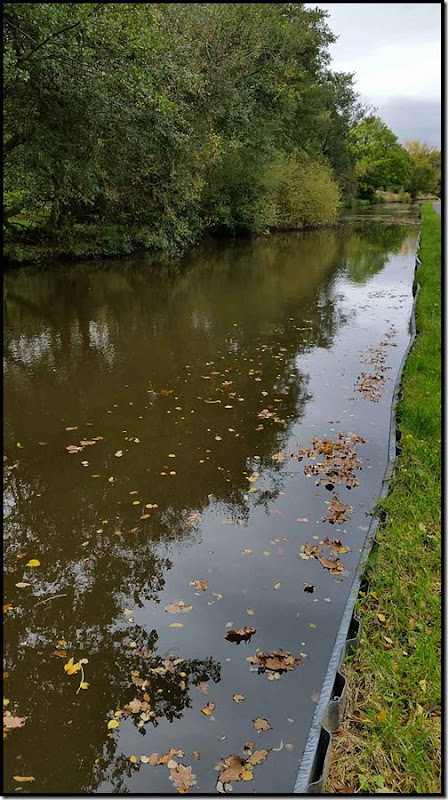 After a few comfortable kilometres, the route leaves the canal to descend to Strines, then steeply up to Greenclough Farm, where the usual car museum was on display. 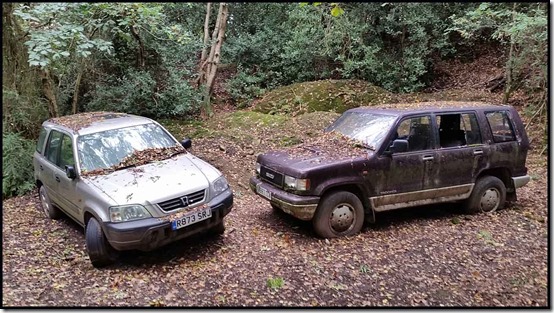 Continued ascent to The Banks leads to a pleasant path beside a golf course, and onwards to Mellor. My usual route goes down a rocky track to Roman Lakes, then on roads to Rose Hill, but today I chose to visit Linda in Marple Bridge before taking the main road back to base. 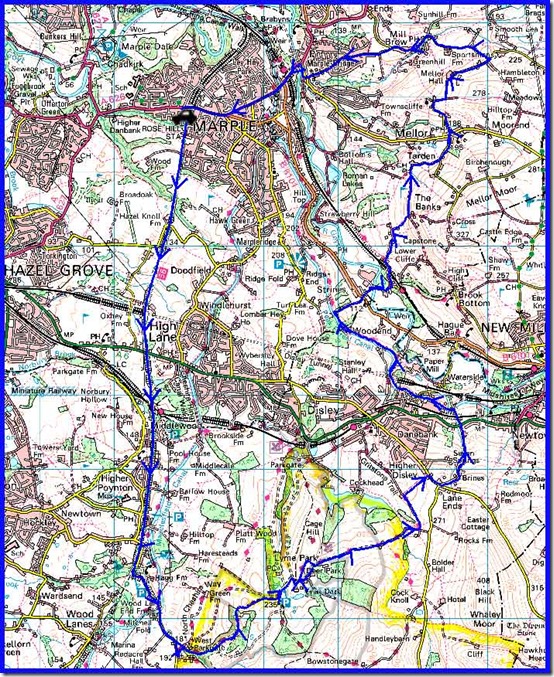 It was a late lunch…