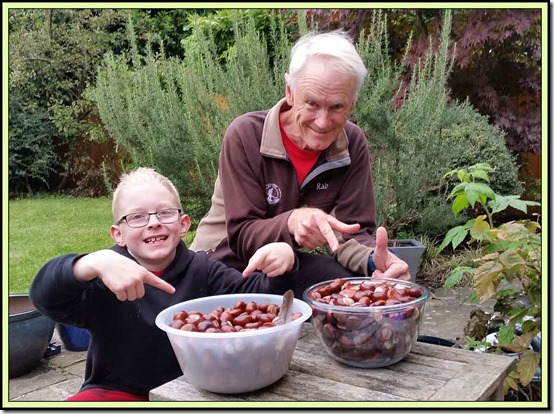 Kate (Jacob’s mum) called: “He would like to visit you but he wants to collect a few conkers. I think you may have to go to Tatton, or at least Dunham.”

Child duly delivered, we took a five minute stroll to nearby Newton Park, home to a lofty horse chestnut tree. In the gentle breeze the conkers rained down.

The contest was a draw: Sue and Jacob collected 2.5 kilos, and so did I. In between collections we enjoyed a game of frisbee, which the seven year old is very good at, before adjourning home for a game of boules. He’s good at that as well.

I hope the conkers will be put to good use; Jacob has a theory that they are used to ward of spiders, that despite my assurances he seems to dislike.

Earlier in the weekend Sue and I went along to Wythenshawe Park for the 359th parkrun held there. Some people never seem to learn…. 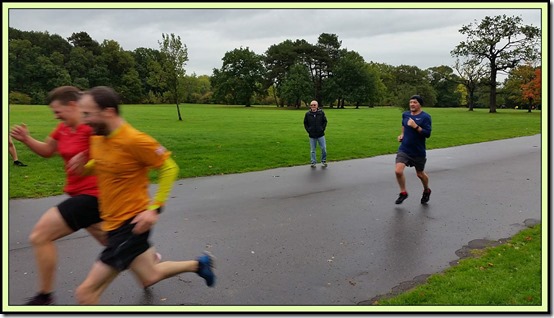 Paul – you should know by now, it’s not a race!

Rather more leisurely in pace, Sue and Martha managed a shade under 30 minutes as well as a chat. Faster than Sue planned because she forgot her barcode and had to pedal furiously back home to collect it in order not to be anonymised.

Lurking just behind Sue and Martha it looks like Dan, who actually finished second. He must have done a third lap to ‘warm down’! 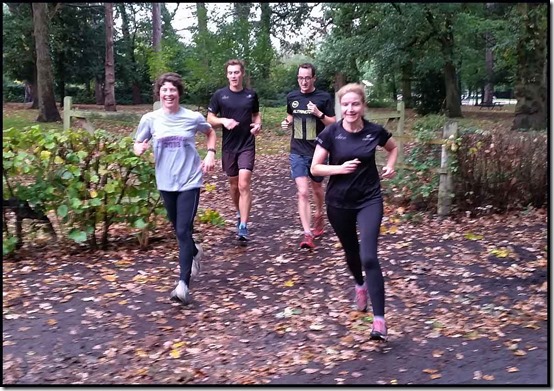 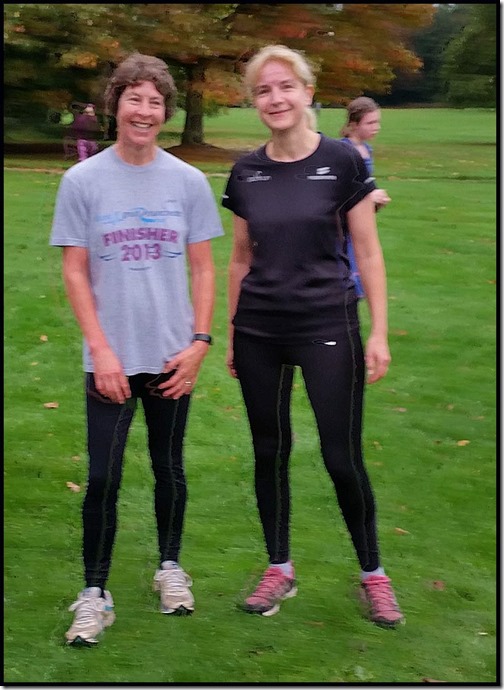