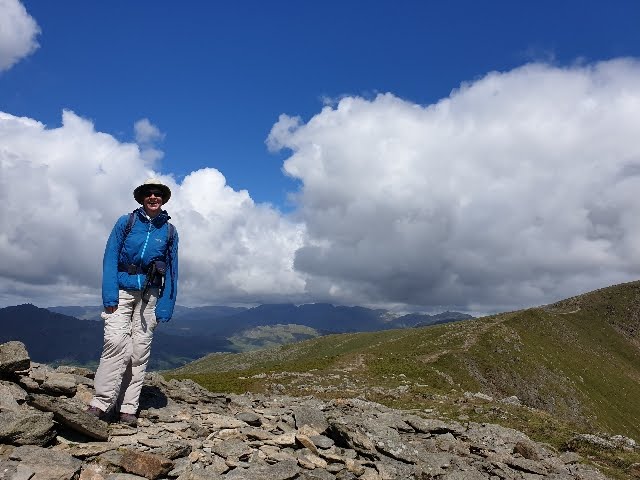 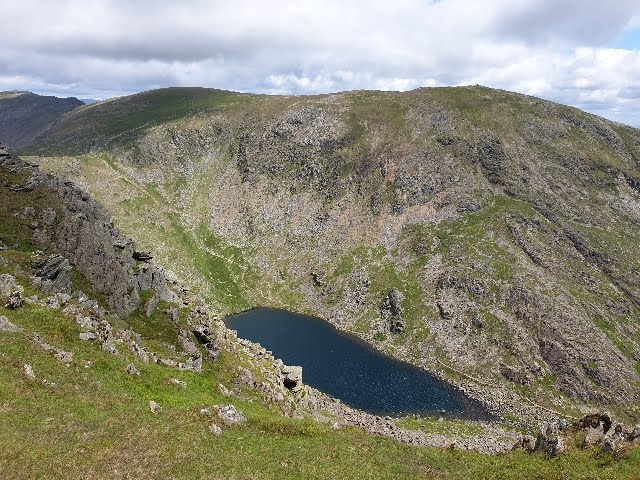 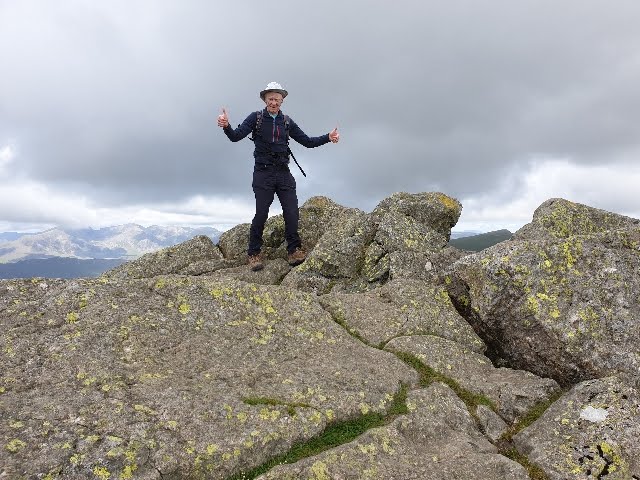 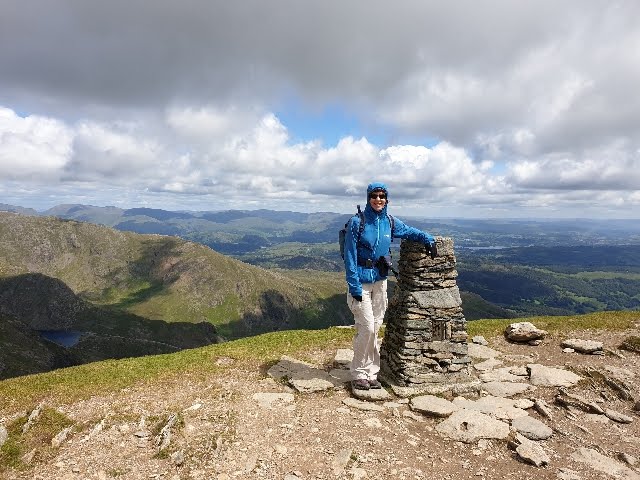 This week's 'Friday Walk' ventured a bit further afield than usual, in deference to midsummer.

Sadly, despite threats from various likely suspects, only Sue and I made it to the 10.30 starting point at the end of Walna Scar Road, above Coniston. They missed a treat!

We took the easy way up the hill, staying on the foxglove bounded 'road' all the way to the col between White Maiden and Brown Pike. It was a lovely sunny day, with a cool breeze higher up. Just a handful of walkers about, and a couple of polite mountain bikers enjoying the descent before the path got too crowded.

Our elevenses break was taken on a sheltered rock with a fine view down to Coniston Water and Grizedale Forest. Bleeps from a WhatsApp group stuck in traffic on the M6 brought home how lucky we were to be here after a clear run from Manchester punctuated only by cappuccinos at the Swan in Newby Bridge.

After admiring the good views into the Duddon valley and beyond from the col, we trundled up to the top of Brown Pike (top picture, 682 metres) for even better views. Despite the clear views that we were enjoying, we noticed that the higher Scafell summits were cloaked in mist for a while.

The easy stroll along the broad ridge and up to Buck Pike (744 metres) rewarded us with great views from beyond the summit down to Goat's Water and across to 'The Old Man' (second picture).

It's an easy walk along the ridge before a short scramble to the 778 metre top of Dow Crag, where I'm pictured in today's third image. It must be easy!

This section of the walk was cool, with a brisk westerly wind battering us. Sue nearly trod on a man hiding in a crevice with some binoculars. "Out of the wind, here" he teased.

Suitably gloved and hatted, we hastened down to Goat's Hawse, after which the wind dropped and we ambled up to our final summit of the day, The Old Man of Coniston - at 803 metres the highest point of our day. The bottom picture was taken here.

There were other people around, but it was hardly crowded. Lunch was taken and I caught up with the cricket (England v Sri Lanka - England later lost this game).

The route up from Low Water was pretty busy with people slogging and dogs skipping up the steep path. Various mining paraphernalia was passed as we continued to descend, with good views throughout, to the easy track leading back to the car park.

Then we drove down to Blawith, a ten minute drive away, next to the lake, to spend a couple of hours with Jim and Cathy, old university contemporaries of mine, who we hadn't seen for far too long. It was great to see them, and thanks for the tea and biscuits and the incomparable Paddy End.

We were home by 6.30 after another clear run, and are now getting ready for another mini trip, hence this brief entry. Lots of photos were taken today - I'll post a few more next week if I get round to it.

Have a great mid-summer.
Posted by Phreerunner at 21:32

Sorry that you did this adventure on your own. We did plan to be there but circumstances prevented it at the moment. A real shame as we were looking forward to it. Enjoy what ever your next wee trip is.

That's a shame Alan, we would have enjoyed your company. Hopefully we can meet up soon.