A Path, a Hedge and Some Steps 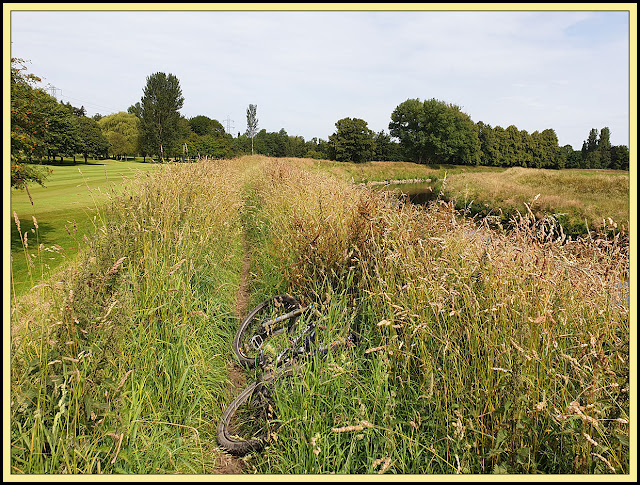 The Trans Pennine Trail runs beside the River Mersey in Northenden. There's an optional section between the bridge by the sad remains of the Tatton Arms, shown below, and Simon's Bridge on the edge of Didsbury. On the one hand you can get bogged down in sand and joggled by rubble on the wide, lower path by the river, and on the other hand you can take the path on the top of the flood defence embankment, overlooking both the river and a golf course.
My route of choice is the upper path (above), which at this time of year is the width of a narrow sheep track. Due to the absence of sheep, it becomes a tight, overgrown passage through high grasses, nettles and brambles, above a steep drop to the golf course, whose denizens would probably not see the funny side of a cyclist tumbling down the bank onto their private fairway.
I enjoy the challenge of this narrow path that is in some places completely hidden by vegetation. This is just as well, as it's on my route to Mike (my son) and Sarah's recently acquired new home. 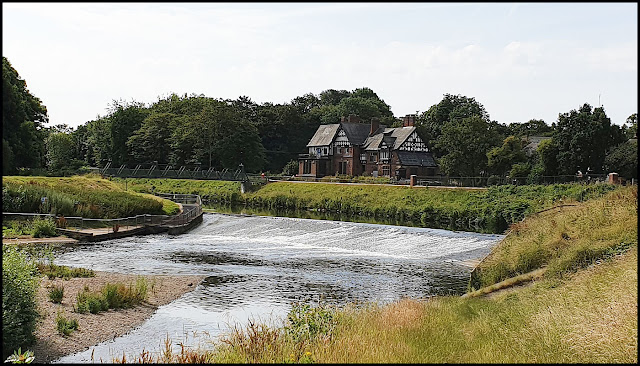 The privet hedge surrounding Mike and Sarah's new home was something to behold. The following pictures show just part of it. Gardeners, Chris and Darren, managed to collect four lorry loads of 'trimmings', before declaring "the hedge has had quite a shock, better give it a break and let it recover." 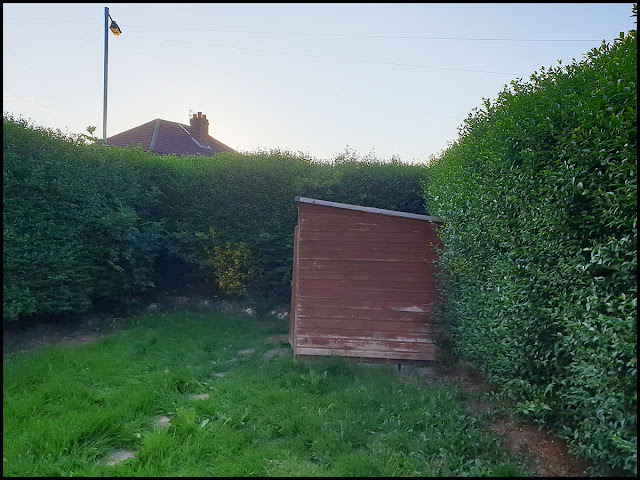 This is just part of the hedge. So far, with plenty more to come, I've collected nearly twenty bags of debris from under the hedge, including hub caps, bottles, cans, electrical fittings and the usual packets and take away boxes that tend to find their way into hedges. So a start has been made, and the neighbours are not unhappy. (And it has kept me off the streets!)

Meanwhile, much to my delight, work to rectify the loose step at Marsland Bridge in Brooklands has after many months, been completed. It took them a couple of weeks to effect a half hour repair, but I can grudgingly accept that the steps that weren't loose before will now take even longer than before to work loose, thus saving those odd half hour repair jobs for some time to come. 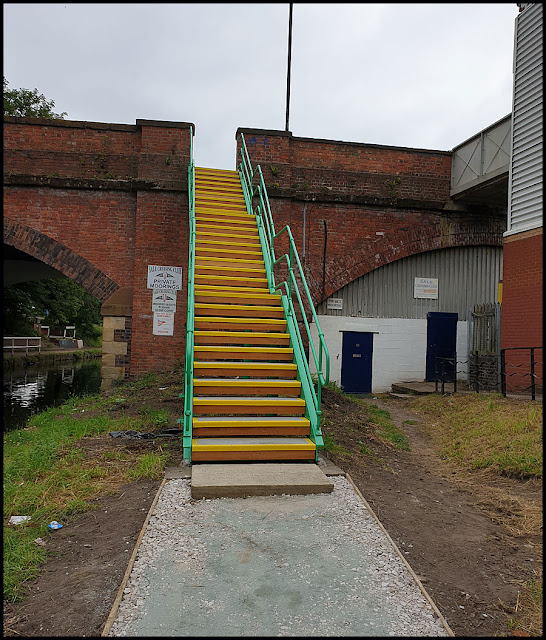