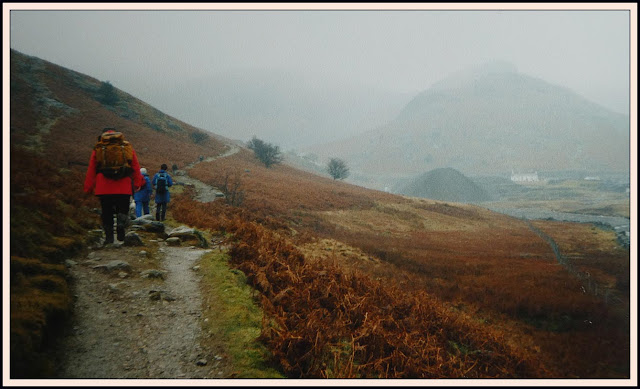 Ascending on the Church Beck path
In years past, we observed the tradition of a good walk on New Year's Day. These days I do a parkrun (or two) instead.
In 1990, Dave, Laurie and I met up with my old UMIST contemporaries, Jim and Cath, and their daughter Ruth and her boyfriend Paul. I took just four (terrible) pictures. They all feature in this posting and they may take the title of the worst pictures in a single posting, though some of the 'family' pictures I'm circulating privately at present would give them a run for their money!
I can identify Jim from his gait in the above picture. He is in red.
Here's the diary entry:
"Hurry up to Coniston after a late (8:45) start. Stop at Forton (9:40) for relief, especially for Dave, who had too much wine last night. Got to the Car Park [presumably the village centre] by 10:30 after a speedy journey that had Laurie's tum churning (too much wine).
Jim, Cath, Ruth and Paul joined us for the direct ascent of The Old Man of Coniston. It was a gloomy day, but the Goldcrests and the Tree Creepers seemed happy enough.
The final section to the summit was very icy. Jim's party had crampons. The rest of us managed without, as did a school party that we found on the summit. Self-timed pictures were taken, but there was no view. 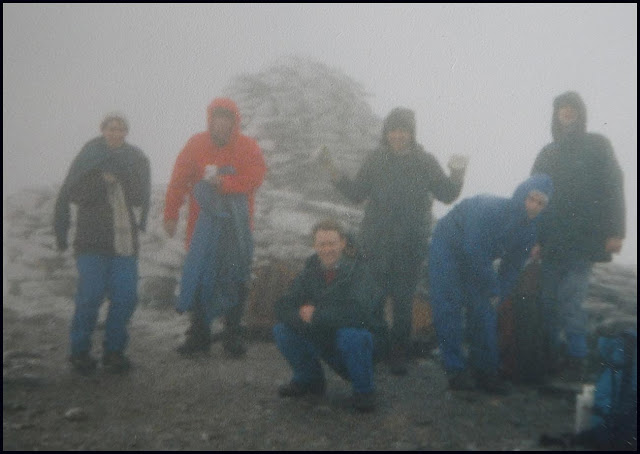 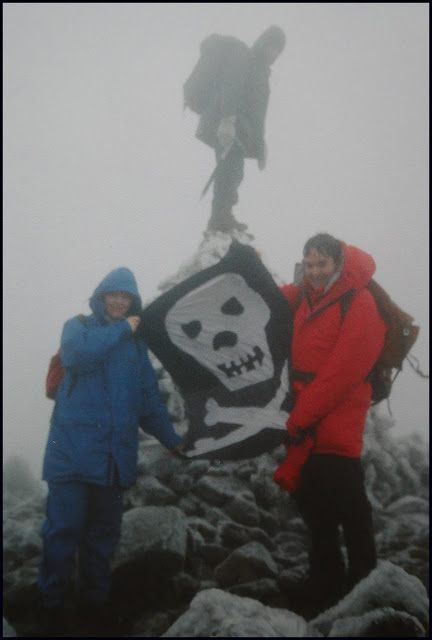 Laurie on the cairn, Ruth and Jim with the flag from their pirate ship

We continued along the ridge to Brim Fell. The ice wasn't too bad. Then on to Swirl How and down to Swirl Hause and back past Levers Water.

Getting gloomy [as we looked back from the path approaching Coniston village]. 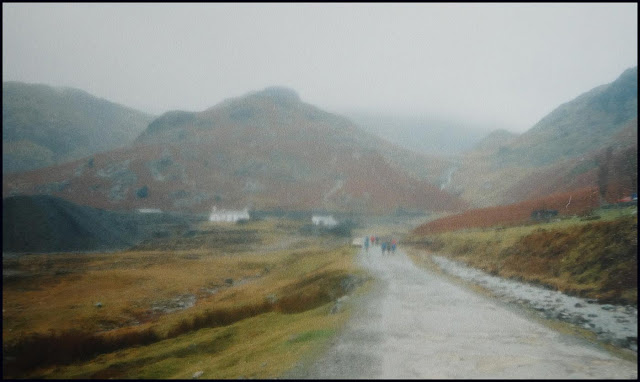 Tea at 4 pm. We had hoped to be home by 5 pm to cook tea (Christine, Alan, Maggie, Roy) but made it by 7 due to slow traffic, and had a nice evening."